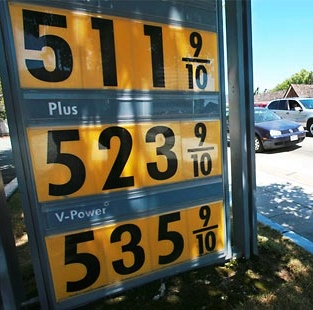 The price spike started with an August fire in Chevron’s Richmond refinery. Then, two other refineries, operated by Tesoro and Exxon Mobil, went down for maintenance. Because California requires different blends of gasoline from other states, and pipelines across the Rockies are limited, gasoline can’t be shipped in from elsewhere.

On Sunday, in an attempt to lower gasoline prices, Gov. Jerry Brown suspended the environmental regulations that kept California prices above those in the rest of the United States.

Brown ordered California to switch to cheaper winter-blend gasoline from summer-blend gasoline, which is more expensive. The switch was accelerated from a planned date of Nov. 1. The rest of the country made the change on Sept. 15.

Since President Obama’s inauguration in January 2009, base gasoline prices nationally have more than doubled, from $1.84 to $3.81. America needs more production and streamlined environmental regulations to lower prices.

America’s air is constantly getting cleaner due to the replacement of older vehicles and power plants with newer ones. At a time of slow gross domestic product growth and high unemployment, it’s time to put additional costly regulations on hold. Or we’ll all end up like California.

Diana Furchtgott-Roth is a columnist for the D.C. Examiner, the former chief economist at the U.S. Department of Labor, and a senior fellow at the Manhattan Institute for Policy Research.