California Law Harms Veterans and Consumers While Claiming to Protect Them 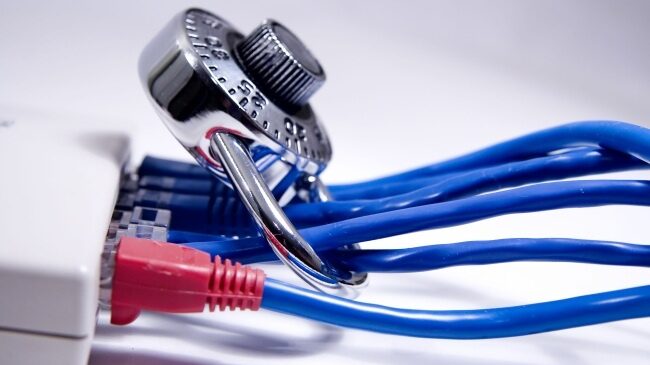 California has imposed its “fix” on something that wasn’t broken in the first place.  As a result, veterans who need Telehealth services are being locked out because of California’s imposition of its own version of “net neutrality.”  California now flatly prohibits Internet Service Providers (ISPs) from offering selective free data plans — including Telehealth services to veterans.

Net Neutrality is always sold as being “fair” and “just” and treating all internet traffic “equally.”  Government imposed net neutrality may sound good in theory, but the reality is it often harms consumers.  In this case, the first and most obviously harmed consumers will include veterans who have lost access to a mobile app called VA Video Connect.  This innovative app allows veterans to receive Telehealth services without incurring data usage charges.  This obviously helps veterans who have been underserved in the past and suffered long delays in obtaining medical help.  This also helps low-income persons the most.

But in California’s infinite wisdom, this sort of free internet access must be stopped.  Telehealth services are an innovative and efficient way to receive certain important healthcare needs— particularly counseling and initial or followup consultations.  Given that veterans have suffered a backlog and long waiting periods, Telehealth has been an important tool to provide a wide array of healthcare services that work well with virtual visits to the doctor.  Admittedly, Telehealth isn’t a way to have surgery, but many healthcare consultations can be done effectively via Telehealth.  And it speeds quality medical care and counseling to veterans who need it.

This free data prohibition imposed by the new California law is now becoming a choke point in shutting down free data used in the VA’s Telehealth app.  So veterans in California are locked out.  But this law doesn’t stop at California’s borders.  Even though the law is California’s law, it imposes restrictions on people who do not live or work in California, or have any relationship to the state at all.  And the VA is sounding the alarm.

Major carriers like AT&T have removed all free data services from its offerings in all 50 states because they believe keeping free data options in the other 49 states would still violate the new California law.  So effectively, we are allowing misguided do-gooders in California to dictate what the nation’s high tech policies will be in every other state in the country.  That’s not only unconstitutional, but it is crazy stupid.

Nonetheless, this is what the Left calls progress.  For more than a decade I’ve warned of precisely these kinds of “unintended consequences.”  Yet, the Left rolls their eyes and says that they have the intelligence and wisdom to do it right and that we shouldn’t worry about silly hypotheticals.

Notwithstanding the warnings, the Left has had an almost maniacal drive to impose government regulations on how internet traffic is prioritized.  Most ISPs have a system that prioritizes certain internet traffic that must be top priority to work properly.  For example, a zoom call won’t work properly if it is delayed by even 1 second.  But an email could be delayed by 1 second and not even matter. Or if you’re downloading a movie, a momentary delay won’t impact things because you begin watching the movie while the rest of it downloads.  ISPs know this and since you’re paying them to give you a good internet experience, they have every incentive to get things right and to allocate scarce internet resources to give their customers a high quality experience.

But the Left and many government regulators confidently claim that giving them the power to set the rules and priorities will yield better results.  But as this situation with veterans and Telemedicine proves, government frequently makes things worse — which is why we shouldn’t reflexively trust government.  There are some things that should be regulated.  But that is not a reasonable or rational argument that government should regulate virtually everything.

And there is no good reason to have government regulate the flow of internet traffic as virtually no consumer is thinking, “If only the government would regulate the priorities assigned to my email, video downloads, and zoom calls, life would be so much better!”  We may wish for faster speeds and more network investment, but net neutrality won’t do any of that.  It simply puts government in charge of directing internet traffic.  But it does nothing to build more “internet highways” or to increase our connection speeds.

Policy that promotes internet freedom and allows innovative services like VA Video Connect and other free data offerings makes a lot more sense.  Adopting policies that encourage private investment in expanded networks makes sense too.  But having government regulate internet traffic is a horrible idea.  And thanks to California, we now have the rock solid proof!