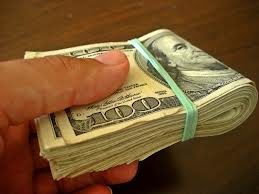 The trend towards a cashless society took a big leap during the worst of the COVID-19 crisis. The ability to purchase vital goods online using credit or debit cards and third-party payment sites made it possible for families to function as the brick and mortar outlets were forced to temporarily close.

It’s a convenience, but one that comes with a price. Americans should be concerned about the potential for the government, for banks, and for payments companies to infringe on their freedoms by preventing them from making legal purchases, barring them from platforms, or using their transaction history against them.

This may be one of the reasons cash continues to be the most frequent payment instrument. It’s used in 30 percent of all transactions and more than half of transactions under $10. Those numbers are likely to drop as more and more vendors are adopting cashless transaction policies. Some retailers, sports stadiums, restaurants, and other businesses now refuse to accept cash – and the number of them who do not is growing at an alarming rate.

This all impacts consumer freedom of choice. Even absent the pressure from the government, payment providers like PayPal have unilaterally closed the accounts of organizations because of complaints about their political leanings. Payment processing and financing firms are putting restrictions on the legal firearm industry like the 2018 Citibank prohibition on its business partners selling firearms to customers under the age of 21 and Bank of America’s announcement it would stop lending to certain firearms manufacturers.

And, along with PayPal, Square, Stripe, and Apple Pay do not allow their services to be used to purchase firearms. “We do not believe permitting the sale of firearms on our platform is consistent with our values or in the best interests of our customers,” said a spokesman for Square.Other banks and card companies have explored methods of identifying gun purchases – such as unique purchase codes for gun retailers and requiring specifics on the type of gun purchased – possibly as a prelude to restricting those transactions.

To dictatorial regimes, the advent of the cashless society is a boon. China is planning to eliminate cash as a means of payment as it seeks to further control its citizens and monitor their behavior. Leaders in Beijing understand cash is a ‘censorship-resistant’ currency whose use cannot be controlled, approved, or denied by a third party or government.

The Chinese can do this because whenever a customer uses a digital payment instrument, card product, or mobile app, they are giving merchants, financial institutions, and technology companies the ability to track the time, location, amount, and category of every purchase made. That data allows them to assign Social Credit scores to individual citizens and determine which goods and services they can and cannot buy. In the United States, that same information is collected and sold to other commercial institutions, often without the consumer knowing it.

In a completely cashless society, the choice of whether to leave a “digital transaction trail” will be made for us. We won’t have the option while financial intermediaries are put in the awkward position of making decisions for us about what we can buy when deciding what products and providers they’ll work with and which ones they’ll freeze out because of government or political pressure.

A handful of states and cities have enacted laws protecting the use of cash but that might not be enough. The move toward a “cashless society” still accelerates. Recent surveys show that 78 percent of all Americans would support a federal law requiring all businesses to accept cash. It may be time to head in that direction.

The potential problems are not far-fetched fringe notions coming from the tinfoil hat brigade. They’re real and have already been glimpsed in Operation Choke Point, an Obama Administration initiative to quietly pressure banks to withhold services from payday lenders, firearms dealers, and other legal businesses. Without due process, firms found themselves locked out of the financial marketplace as their banking relationships terminated abruptly. In a cashless society, actions like that could be undertaken with a line of code, with no one the wiser until it happens. Yet most Americans are still completely unaware.