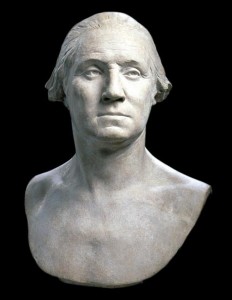 “I beg your pardon?

“I’m only half kidding. As if we didn’t have enough trouble holding the country together, a law professor at university located in our national capital recently published an article in a major newspaper, entitled ‘Let’s Give Up on the Constitution.'”

“Why does he think we should do that?”

“He quotes Tom Jefferson, who believed every constitution should expire after a single generation. The professor doesn’t seem to realize he’s succumbing to Tom’s wackiest idea, ‘The Earth Belongs to the Living.’ Tom picked it up in France, along with his consuming love for French radicals who killed tens of thousands of innocent people to purify their revolution.”

“What else did ‘The Earth Belongs to the Living’ include?”

“Tom thought all the debts of one generation should be cancelled, when the next one takes charge of things. Everything should be up for reevaluation. Religion, morals, you name it. Each generation should start with a clean slate, and the will of the majority should prevail in all cases.”

“Did Mr. Jefferson try to implement these ideas when he was president?”

“By and large, no, thank God. The best thing that ever happened to Tom was Jemmy Madison. Without his friendship I hate to think what Tom would have done to the country. He sent his ‘Earth Belongs to the Living’ idea to Jemmy, who wrote a six-page letter, demolishing it so totally, Tom never seriously mentioned it again.”

“Was Mr. Jefferson hostile to the Constitution?”

“Not overtly. He loved power too much to risk offending me by coming out against it after I offered to make him my secretary of state. But his nose was permanently out of joint about the Constitution because he was in France when Jemmy and I and a few other people put it together. Tom always wanted to be the star in every political drama. He was also indifferent to the greatest single curse that can befall a nation — disunity. I saw it coming even before the Revolution ended. I wrote at least a half dozen letters warning people that one head was turning into thirteen.”

“This gentleman isn’t worried about that happening today?”

“This guy says Americans are now so civilized, they don’t need a Constitution to govern themselves. He probably doesn’t know it, but he’s again echoing Tom J. When I sent a copy of the Constitution to France for his enlightenment, he claimed to be shocked. He said he thought we were only going to add a few touches to the ‘good old fabric’ of the Articles of Confederation.”

“You had — and apparently still have – a low opinion of the Articles?”

“So did anyone and everyone with a brain that could think about government without floating off into paranoid fears of tyranny. Jemmy Madison certainly drew that conclusion, after three years as a congressman, trying to pass laws that would generate enough income to give the federal government some authority.”

“Did something happen that convinced people we needed a new constitution?”

“Shays’ Rebellion. Daniel Shays was a former Continental Army officer who went more than a little crazy when he couldn’t pay his taxes in Massachusetts and his farm was in danger of confiscation. He launched a revolution that soon spread into several nearby states. The federal government under those wonderful Articles of Confederation didn’t have a nickel to pay an army to stop Daniel and his friends. Only when some private citizens in Boston put up the cash to hire 4,000 men to disperse the Shaysites was order — that’s another word for civilization — restored.”

“How did Mr. Jefferson react to Shays’ Rebellion?”

“He dismissed it. He said the tree of liberty needed to be watered now and then by noble patriots. That was the best way to keep it flourishing. It should have disqualified him from governing anyone, anywhere. But I gave him the benefit of the doubt because he was in France. He couldn’t see or hear what the Shaysites were doing and saying. They were levelers, anarchists. They hated rich men. They were against obeying any law that they disliked.”

“Once the Constitution was written and the people were asked to ratify it, why did many people object to it?”

“They shared Tom’s fear of a powerful government. They especially disliked the office of the president. They were sure he would become a dictator or a king. It was utterly nonsensical. Congress had proven it couldn’t govern the country. They had run things for thirteen years and made a total mess of it. That’s why I told Jemmy Madison we had to have a strong president. Someone who would have the same power as Congress, and be responsible for the welfare of all the people. The trouble with Congress is, no one is responsible. They all hide behind each other.”

“Did anyone point this out to the critics?”

“Not in my time. But in the 1880s, Woodrow Wilson did it with his great book, Congressional Government.”

“Maybe that book should be made required reading for college graduates — and law professors.”

“It makes mincemeat out of this gentleman’s claim that people can settle their disagreements through ‘mature and tolerant debate.’ Interest — I mean self-interest — gets in the way. To govern people you have to accept men and woman as they are, not as you might wish them to be.”

“Was Mr. Jefferson’s failure to do that his chief flaw?”

“Unquestionably. I’m sure if this gentleman were around in 1798, he would have applauded Tom when he said that states could nullify acts of Congress. Tom was resisting the Alien and Sedition Acts, which gave Congress the power to send French agitators back to France, and forced newspapers who published smears of the president and other elected officials to prove the accusations were true. It was easy to wax indignant about these laws. Judges with strong political opinions abused them. But Tom wasn’t satisfied with indignation. He couldn’t resist trashing the Constitution.”

“You think the word ‘nullify’ did that?”

“It turned the Constitution into waste paper. It restored the primacy of the states, which had been the chief flaw of the Articles of Confederation. The minute I read that word, I saw impending disaster. And I was right. First came the Hartford Convention, at which New England came within a whisker of seceding from the Union. Then came demagogues like John Calhoun telling the South they could do the same thing. That word nullify killed a million young men in a civil war we never should have fought. That’s why I take dismissers of the Constitution seriously. Anyone who pretends to know American history should do the same thing. ”

This article first ran at George Mason University’s History News Network on January 14, 2012. Thomas Fleming is a former president of the Society of American Historians. This is the latest in an ongoing series, Channeling George Washington. Mr. Fleming is on the advisory board of HNN.