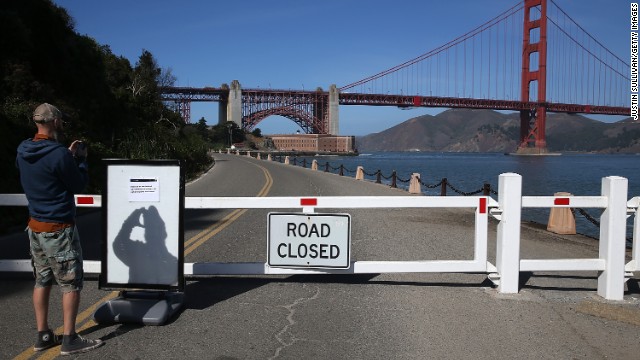 Rarely has such a naturally rich and scenic region become so mismanaged by so many creative and well-intentioned people.

In California, Yuletide rush hours are apparently the perfect time for state workers to shut down major freeways to make long-overdue repairs to the ancient pavement. Last week, I saw thousands of cars stuck in a road-construction zone that was juxtaposed with a huge concrete (but only quarter-built) high-speed-rail overpass nearby.

The multibillion-dollar high-speed-rail project, stalled and way over budget, eventually may be completed in a decade or two. But for now, California needs good old-fashioned roads that don’t disrupt holiday shopping — before it starts futuristic projects it cannot fully fund.

California’s steep new gasoline tax — one of the highest in the nation — has not even fully kicked in, and yet the cash-strapped state is already complaining that the anticipated additional revenue will be too little.

Now, some officials also want to consider taxing motorists for each mile they drive on the state’s antediluvian roads.

Nature this year is predictably not cooperating with California.

In most areas of the Sierra Nevada, the state’s chief source of stored water, there is not a drop of snow on the ground. The High Sierra so far this year looks more like Death Valley than Alpine Switzerland.

The last two months of California weather were among the driest autumn months on record. Unless 2018 is a miraculously wet year, California will find itself on the cusp of another existential drought.

Yet California politicians are currently obsessed with the usual race/class/gender agendas, as Sacramento broadcasts that California is a sanctuary state exempt from federal immigration laws.

But meanwhile, in the real (dry) world, did Brown’s state prepare for such a disaster during either its recent four-year dry spell or its near-record wet year in 2016?

Over some 50 consecutive months of drought, California did not start work on a single major reservoir — though many had long ago been planned and designed.

Instead, given the lack of water-storage capacity, and due to environmental diversions, tens of millions of acre-feet of precious runoff water last year were simply let out to the ocean.

This year, the state may want all of that water back.

Yet many streets around high-tech corporate campuses are lined with parked Winnebagos that serve as worker housing compounds. In nearby Redwood City, World War II–era cottages have become virtual hostels. Trailers, tiny garages, and converted patios serve as quasi-apartments.

California may offer the world a smartphone app for every need, but it cannot ensure affordable shelter for those who help to create the world’s social-media outlets and smartphones. How can so smart be so stupid?

Flights over California’s coastal corridor this autumn offered a scene out of Dante’s Inferno. Fires seemed to engulf entire populated hillsides from Los Angeles and Santa Barbara to Santa Rosa.

The fires were testament to the fact that a vast majority of blue-state California lives on a thin strip of ecologically sensitive land near the Pacific Ocean.

The coastal corridor cannot sustain the 30 million or so residents who cluster there without massive water transfers, excellent freeways, and daily rail and truck importation of food, fuel, and construction materials.

Hidden behind tony homes are tent cities and the open fires of homeless people who camp out in ravines.

The hillsides are overgrown with drought-stricken scrub and half-dead trees, in part due to restrictions on grazing, brush removal, and logging. They prove to be veritable kindling that fuels raging fires.

Coastal California is hilly, difficult to build on, and prone to devastating earthquakes. It is semi-arid, without much of an aquifer. The life-giving watershed of the Sierra Nevada is more than 200 miles away.

In other words, some of the people most eager to offer green sermons to others live in one of the most artificial and ecologically fragile environments on the planet.

What are the lessons for the nation from these random glimpses of 21st-century California?

Learn how an entire culture is fed, housed, and fueled before faulting those who address such needs.

Adopt a little humility in admitting that most of the state is an artificial construct of affluent millions living in a delicate ecosystem where nature never intended them to cluster — impossible without constant multibillion-dollar investments in water, agriculture, housing, and transportation.