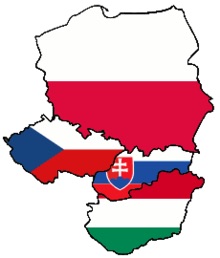 The recent emergency summit of the European Union about the migrant crisis takes place in the context of  deep divisions among the member states, the chaos in the greater Middle East, Russia’s newly found assertiveness, the bankruptcy of Greece, Turkish duplicity, and the absence of the United States as the most powerful country within NATO.  Clearly, the historic rift between western and eastern Europe and the Obama Administration’s inertia have been in full display throughout the massive invasion of the continent by a wide assortment of refugees and migrants from Africa, the Middle East, and South-East Asia.

The root cause of the European Union’s present political, economic and financial predicament is, beyond the Obama Administration’s arrogant foreign policy incompetence, the former’s inability to reach consensus among its members.  The catastrophic consequences of the mindless withdrawal from Iraq at the end of 2011, the naive interpretation of the so-called Arab Spring, the amateurish misjudgment of the ethnic, religious and sectarian complexity of Syria, Russia’s revanchist designs, the Sunni-Shi’a rivalry mismanaged by Iran and Saudi Arabia respectively, Turkey’s Erdogan childish megalomania, and the economic and financial difficulties exacerbated by the precipitous fall of oil and gas prices, have facilitated the collapse of the political consensus concerning the systematic progress in European integration.

The solutions to the challenges facing the twenty eight member states of the European Union require unanimity within the alliance and the constructive participation of Turkey.  The latter occupies a pivotal strategic position, both in terms of its geographic position as well as its past role in the greater Middle East and North Africa.  Yet, Turkey too is going through a severe identity crisis.  As a member of NATO and an aspirating applicant to the European Union, Ankara has long been oscillating between its future as a European, i.e. Western country, and its nostalgic instincts as a historically dominant Sunni power in the Arab world.  Furthermore, Erdogan’s clumsy diplomacy in Libya, Egypt, Iraq and Syria has resulted in spectacular failures that, in turn, have laid bare once again the many festering political, economic, religious and ethnic problems tearing apart the tenuous fabric of Turkish society.  Last, but not least, his erratic conduct toward the United States, Russia, Iran,  Israel, and the Kurds at home and abroad, has created a toxic mix of international isolation and civil war-like conditions inside Turkey.

Within the European Union there exist two competing visions about the future.  The so-called Visegrad countries,  Poland, the Czech Republic, Slovakia and Hungary, advocate a union of nation-states.  Most of the other member states, with the exception of Great Britain, would prefer a more perfect union through a progressively closer integration.  The disagreement over the management of the migrant crisis is rooted in these two competing visions.  The states that prefer a more perfect union want to protect the Schengen Agreement with its notion of borderless Europe.  The Visegrad Four embrace the supremacy of national identity and refuse to participate in any joint solution, especially the distribution of migrants based on a mandatory quota system.

The self-appointed leader of this group Viktor Orban, Hungary’s Prime Minister, has struck a chauvinistic tone, reminiscent of the nationalistic sentiments of feudal Hungary.  By doing so, his aim has been to divert attention from the catastrophic state of the economy, the all-encompassing corruption of his government, and the parody of democracy that will gradually destroy the country’s civilization.  Substituting freedom and democracy with a foul version of Christianity, Viktor Orban has made a mockery of the core humanism of the Old and the New Testaments.  Pretending to preside over a healthy economy, in actuality, he has failed to reform the entitlement programs, modernize the industry, the agriculture, the financial and service sectors, improve education, and prevent crony capitalism.  The result is a Janus-faced political system and economy.

In Brussels, the German Chancellor Angela Merkel and her colleagues have appealed to the sense of solidarity of the Four.  They have based this appeal on the European Union’s financial support and the universal humanitarian values codified in several international agreements.  Meanwhile, the horse trading between the two camps and the European Union and Turkey will go on for at least another week, because the March 7th meeting only postponed, but did not solve the migrant crisis.  Agreement on burden sharing and setting clear criteria on rights and responsibilities remains as elusive as before.  Therefore, chances that these issues could be resolved next week are indeed very slim.

This stalemate touches upon fundamental values and interests that affect directly the relationship of the United States with its European allies in general and Turkey in particular.  American foreign policy should be two pronged. On the one hand, it should take the lead in convincing the Visegrad Four to join the majority and forge a more perfect union.  On the other, bring Turkey closer to Europe by assuming a more active role in mediating between the two strategic allies.  In both instances, member states of the European Union and the government of Turkey must understand that undignified dignity erodes the political credibility inside as well as outside of any state, or alliance.  Thus, when the European Union and Turkey are attempting to set up new systems of governance, it should not look like the existing ones.  If they fail in their endeavors, only their detractors would benefit.  And such an outcome would be catastrophic for them and the United States too.