While CNN is now out of the case, Nicholas Sandmann’s lawsuit against the Washington Post and NBC continues, and soon there will be some new defendants, according to his lawyers. 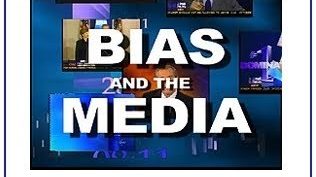 One year after Nicholas Sandmann’s image went viral in one of the biggest mainstream media missteps of the decade, news broke on Tuesday that CNN had agreed to settle the teen’s defamation case.

Sandmann sued CNN, the Washington Post, and NBC last year in a Kentucky federal court, alleging the media powerhouses had defamed him by claiming he had blocked Native American activist Nathan Phillips from ascending the steps of the Washington monument, while he and his Covington Catholic High School classmates surrounded him and chanted “Build the Wall.”

A video snippet of the encounter between Phillips and Sandmann—then a 16-year-old high school junior participating in the annual March for Life protest at the capital—showed the young man in a MAGA hat standing toe-to-toe with Phillips. Without pausing to learn the truth, the media ran that image along with Phillips’ tale that as he started walking toward the moment, “groups of people started separating and separating and moving aside to allow me to move out of the way, or to proceed, this young feller put himself in front of me and wouldn’t move.”

However, a full-length video of the encounter later emerged, proving that Phillips had spun the tale: Contrary to Phillips’ telling, Sandmann had not “put himself in front of” the man and hadn’t blocked his way. Rather, Phillips had marched into the group of kids, who had been waiting for their school bus as directed.

Among other defamatory statements, Sandmann’s lawsuit pointed to CNN’s January 19, 2019, broadcast opener, “We are hearing from a Native American elder and Vietnam War veteran speaking to CNN after a disturbing viral video shows a group of teens harassing and mocking him in the nation’s capital.”

Sandmann highlighted another broadcast, later published online with the subtitle, “‘SHAMEFUL ACT—VIRAL VIDEO CAPTURES TEENS MOCKING NATIVE AMERICAN VETERAN,” that began, “You’ve probably seen it by now, the viral video sweeping the Internet of a mob of MAGA hat wearing high school students surrounding a Native American chanting and drumming in the nation’s capital at the Indigenous Peoples March.” CNN’s broadcast then added that Phillips and “others were harassed and taunted by students from Covington Catholic High School, a private all boys school in Kentucky.”

With these samplings of CNN’s reporting on the incident, it is no wonder that CNN quickly cut its losses and settled with Sandmann. The details of the settlement are unknown, and when asked about the payout for the teen, Sandmann’s Kentucky-based lawyer, Todd McMurtry had no comment. However, McMurtry told The Federalist, that “the outpouring of support in Northern Kentucky for the settlement with CNN has been overwhelming.”

The support spans more than Sandmann’s home state, with news of the settlement quickly filtering through social media. Conservatives celebrated CNN’s comeuppance, seeing the settlement as not just vindication of the young teen, but as a payback of sorts to the fake news they’ve seen peddled of late by the airport lounge-lizard.

While CNN is now out of the case, Sandmann’s lawsuit against the Washington Post and NBC continues, and soon there will be some new defendants, according to McMurtry. McMurtry told The Federalist his team will soon name Gannett, the owner of the Cincinnati Enquirer, as an additional defendant.

Sandmann’s lawyers are also considering claims against ABC, CBS, The Guardian, Huffington Post, NPR, and Slate, as well as several smaller media outlets. McMurtry noted that during Tuesday’s scheduling conference, Sandmann’s legal team assured the judge that additional defendants would be added in the next 30 – 40 days.

Which defendants Sandmann eventually pulls in will depend on several factors. First, the lawyers will focus on the defamatory statements presiding Judge William Bertelsman held were legally actionable. Those included statements that Sandmann had “blocked” Phillips and “wouldn’t allow Phillips to retreat,” and the assertion that Sandmann or the other students shouted “build that wall” at Phillips or the nearby Black Hebrew Israelites.

After determining which media outlets made or repeated those false statements, the question of personal jurisdiction arises. To sue in a federal court in Kentucky, the court must have “personal jurisdiction” or “power” over the defendants. Generally, speaking that requires the defendants to have “minimum contacts” with the state. For the larger media outlets, that standard is easily met, but questions abound when you consider online-media platforms or smaller outlets. Finally, Sandmann’s lawyers will likely do a cost-benefit-analysis to determine whether it is worth pulling in additional defendants.

On this last point, a unique area of Kentucky law creates some uncertainties. Kentucky is one of few “pure comparative fault” states. In a pure comparative fault state, the plaintiff’s recovery is reduced by his own fault, if any—not relevant to the Sandmann case—and damages are allocated to each defendant based on their relative fault. So, theoretically, if Sandmann’s damages totaled $300 million, each defendant would be liable proportionately to his fault. Some of the smaller media outlets’ responsibility might tally a mere 1 percent of the total culpability, making them not worth the effort to sue.

That is assuming Kentucky’s pure comparative fault statute, KRS 411.182, applies to defamation. It might not: Every false statement of fact impugning the young Sandmann might be considered its own separate wrong—like several separate car accidents, as opposed to a mass collusion.

Judge Bertelsman has not yet definitely decided how Kentucky’s pure comparative negligence law applies in Sandmann’s situation, but his attorneys appear to be playing it safe by looking to add any big players who peddled the same balderdash as CNN, the Washington Post, and NBC. Once all the parties are added, it will be time for the real fun—discovery—because that’s when we may see a glimpse of what the left-leaning media really thinks about conservatives.