Congress must rein in rogue EPA 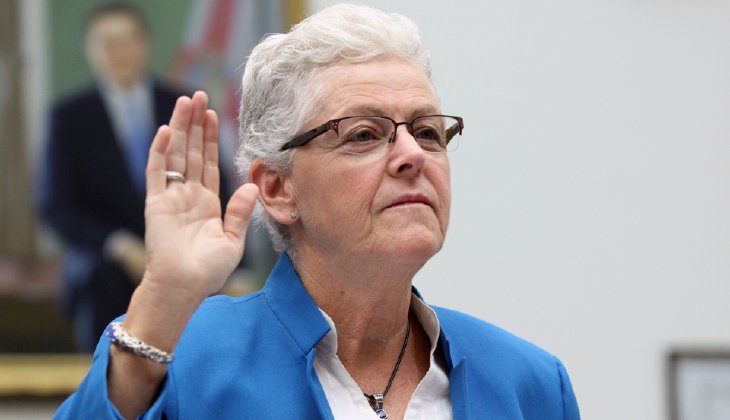 This week, the Government Accountability Office, a watchdog agency within the federal government, announced in a letter to Senate Environment and Public Works Chairman James Inhofe, R-Okla., that it had determined the EPA violated the law. (AP Photo/Lauren Victoria Burke)

Gina McCarthy, administrator of the Environmental Protection Agency, proudly announced this year that 90 percent of the nearly 1 million comments on the agency’s new Waters of the United States (WOTUS) rule were in favor.

“The input helped us understand the genuine concerns and interests of a wide range of stakeholders and think through options to address them,” McCarthy wrote at the time.

What she did not mention, naturally, is that agency staff had worked with environmental activists to manipulate the comments process to skew the result.

Using the Thunderclap social media app, EPA officials worked with activist leaders to spread the word to 1.8 million of their fellow travelers. The resulting social media bomb encouraged them to click through and write comments on the rule. As a result, the comment box was overwhelmed with support for the EPA’s position.

We commented on this wrongdoing at the time, noting that this cynical distortion of the comments process renders it meaningless. It is also inconsistent with the task of regulators, who are supposed to write rules that carry out the will of Congress, not use taxpayer-provided resources to advocate for their own policies using activists for cover.

As we put it then, “Taxpayers should not have to pay … to be propagandized about what proposals they should have to live under by the very bureaucracy that supposedly determines such things based on statutory interpretation.”

As it happens, federal law agrees with us, and this week, the Government Accountability Office, a watchdog agency within the federal government, announced in a letter to Senate Environment and Public Works Chairman James Inhofe, R-Okla., that it had determined the EPA violated the law.

“We conclude that EPA’s use of Thunderclap constituted covert propaganda, in violation of the publicity or propaganda prohibition,” the watchdog agency wrote this week.

The WOTUS rule, currently under a court injunction, surely would have been adopted regardless of how the comments turned out. But the transgression here demonstrates specificcally that the EPA is too close to green radicals, and more generally that the agency is dishonest, like the adminstration of which it is a part. It is not concerned with the opinion of the public, except as something that should be bent to activist ends. This scheme to run up a 90 percent margin of support, an obscure issue that most people don’t know much about, evinces a dictatorial desire on the part of the agency to expand its powers.