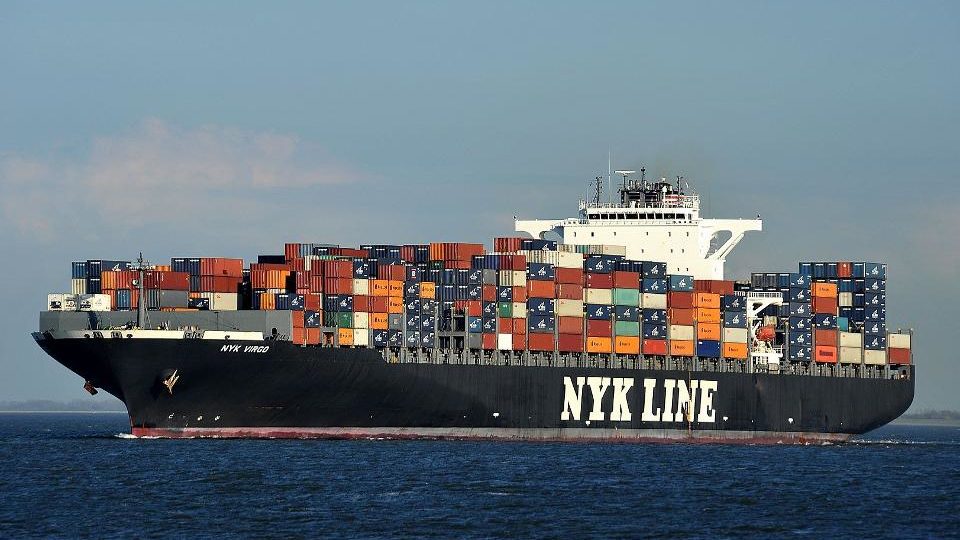 When Rear Admiral Mark Buzby, head of the U.S. Maritime Administration, testified before Congress last year about strategies for bolstering the maritime industry, a striking fact was embedded in his prepared remarks: the oceangoing carrier likely to become the biggest shipper of containerized cargo into U.S. ports is wholly owned by the Chinese government.

That’s a bit different from the case with Huawei, the Trump Administration’s bête noire in the rivalry for 5G leadership. Huawei is usually described as state-influenced or state-subsidized, but it isn’t owned outright by the Chinese government. For over a decade, though, Beijing has taken a direct role in building up every facet of China’s global maritime power while Washington, as usual, was distracted by other matters.

The results are startling. Chinese shipyards produce over a thousand oceangoing merchant vessels every year, and thanks to government subsidies are well on their way to eclipsing former industry leaders in Japan and South Korea. U.S. shipyards typically build less than ten such vessels even in good years.

Less than 1% of the world’s oceangoing merchant fleet of 44,000 ships flies the U.S. flag, and barely 1% of U.S. trade is carried on U.S.-flagged vessels—despite cargo preferences reserving shipments paid for or subsidized by the federal government for American ships.

Meanwhile, China has steadily expanded its control of commercial port facilities from South Asia to the Mediterranean to the Panama Canal. Beijing’s maritime footprint, part of a broader campaign to dominate global commerce, has grown inexorably even as the U.S. commercial presence in many ports has receded.

Even if China was not building new naval vessels at a furious pace—which it is—the growth of China’s commercial shipbuilding and shipping prowess and the retreat of America’s would call for a strategic review. The coronavirus crisis merely accelerates the process by providing new reasons for concern—such as the recent revelation that Chinese authorities are not allowing U.S. healthcare companies to export medical supplies like face masks from their plants in China (most of the antibiotics used in the U.S. originate in China).

The problem here isn’t that China is competing with U.S. maritime interests and winning. The problem is that official Washington has largely deserted the field, failing to frame policies that can maintain a reasonable balance of maritime interests. In a crisis, Beijing could leverage its commercial strength at sea to defeat America’s military before it even managed to reach war zones, for example by impeding port access, preventing access to third-party shipping, and leaving the U.S.-flag fleet with inadequate sealift for moving materiel.

This is not a new story. On the eve of World War One, only 10% of U.S. trade was carried on American ships, because U.S. yards had failed to make the transition from wood to steel construction of vessels (U.S. tariffs kept domestic steel prices well above the levels seen in other countries). So when other countries withdrew their merchant vessels from global commerce at the onset of war, U.S. economic and military activities were hobbled.

The Wilson Administration responded by setting up a shipping board that commissioned over a thousand merchant vessels from U.S. yards, but many of those ships were completed too late to play a part in the U.S. war effort. Similar shortfalls existed in World War Two—over 5,000 cargo ships and tankers had to be built—but Washington can’t count on having years to mobilize in a future confrontation with China. It will probably be a “come as you are” event.

That could be disastrous for the United States. In a major conflict, the U.S. might lack the capacity to import essential goods from other countries, it might lack the shipping tonnage to sustain a protracted sealift effort, and it might lack the merchant seamen to operate what vessels it does possess.

That latter concern, lack of merchant seamen, tends to be neglected in policy debates about how to arrest America’s maritime decline. Without a reasonably robust American-flagged commercial fleet, there won’t be enough experienced seamen to sustain a military lift operation in wartime. That is particularly true of the hundred or so ships in the Maritime Administration’s National Defense Reserve Fleet, because many are antiquated vessels relying on steam power that fewer and fewer of today’s merchant mariners are certified to operate.

It would be an exaggeration to say Washington has no plan to deal with this challenge. Over the last century, a complex collection of measures has been put in place to support retention of a minimal U.S.-flag fleet and pool of merchant mariners that the government can tap in emergencies. The most important such exertions are the Jones Act that reserves routes between domestic ports for U.S. made and manned vessels, and the Maritime Security Program that prepares U.S.-flag vessels engaged in international trade for mobilization in an emergency.

Such policies are helpful but inadequate. They have not arrested the gradual decline of U.S. commercial shipbuilding and shipping interests, and they certainly have done nothing to slow China’s rise to global dominance. What is needed is a comprehensive strategy for maintaining a global commercial maritime presence comparable to the military presence that the U.S. Navy exerts.

That will cost money, although nowhere near as much as China (a much poorer nation) is spending to build up its own maritime presence. For instance, Washington could bolster the American commercial oceangoing fleet and mariner community by raising the cargo preference requirement for all federally-assisted loads to 100%. At present, all military cargo must be carried on U.S.-flag vessels, but agricultural cargo depending on federal payments need only reach a 50% threshold. Perhaps that too should be raised to 100%.

Where the money would be most needed is to restore a construction differential subsidy abolished during the Reagan years so that U.S. shipbuilders can compete on a level playing field with the subsidized yards of Asian nations. Additional steps would be needed to defray the differential operating costs of U.S. ships once they went to sea, since some nations impose virtually no requirements on the credentialing and work conditions of merchant mariners.

The Maritime Security Program already does that for U.S.-flag ships operating on international routes, but if the goal is to rebuild the nation’s global maritime role rather than simply maintain a minimal fleet for meeting wartime needs, then the program will need to be expanded. Washington has let the commercial shipbuilding and shipping industry languish for too long, and as a result American commercial vessels have nearly disappeared from the world’s oceans. As policymakers rethink economic priorities in the aftermath of the coronavirus crisis, now would be a good time to recommit to being a first-class commercial seafaring nation.

Loren Thompson focuses on the strategic, economic and business implications of defense spending as the Chief Operating Officer of the non-profit Lexington Institute and Chief Executive Officer of Source Associates. Prior to holding his present positions, Loren was Deputy Director of the Security Studies Program at Georgetown University and taught graduate-level courses in strategy, technology and media affairs at Georgetown. Loren has also taught at Harvard University’s Kennedy School of Government. He holds doctoral and masters degrees in government from Georgetown University and a bachelor of science degree in political science from Northeastern University.