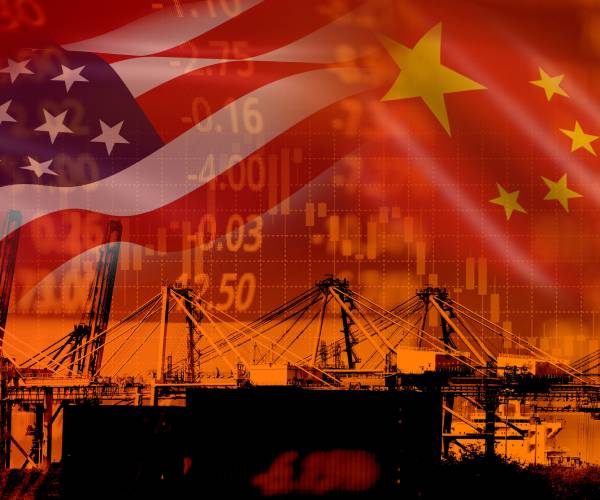 Exactly how the COVID-19 virus found its way to humans isn’t entirely clear. But it is clear is that once the virus was out and people were dying, the communist Chinese regime did little to stop the world from getting sick. While they quietly locked down travel within China to limit spread of the virus, they did nothing to stop Chinese global travel that spread it and they employed the World Health Organization to support their claims that there was nothing to worry about. And when America locked down travel from China, they howled racism.

The communist regime also began hoarding medical supplies and equipment, while telling the world the virus wasn’t transmitted via human contact. Once more was known, China began to blame others — including Italy and the U.S. for the virus.

Everything they appear to do is motivated by gaining power and control over their own people and the world’s population. They see everything — not merely missiles, bombers and submarines, but also food, medicine, shipping, trade, etc. — as a weapon to be used to strengthen their stranglehold on power.

We must remember that this communist regime murders its own citizens in death camps and harvests their organs. It brutally oppresses the people of Hong Kong. It spies on its own people and tracks their movement so that it can punish them for worshiping or visiting the “wrong” friends.

These unpleasant truths have caused America to wake up and ask if it should be so dependent upon China for critically important things like medicine, medical equipment and other goods and services required in the high-tech world. The answer is now an obvious no.

We should also examine how China has been making America more and more dependent in other areas. We now understand this is not merely an economic issue, it goes to the very health, strength and sustainability of our nation’s long-term survival.

International trade is a huge driver of every nation’s economic health, and 90% of all global trade is transported by ship. It should not surprise you to learn that China has quietly made itself the dominant player in international shipping. They’ve purchased strategic ports around the globe and are by far the world’s largest subsidizer of shipbuilding. This is all part of the regime’s strategic plan to dominate world trade and make itself the world’s sole economic and military super-power. You can be 100% sure this power will not be used to promote freedom, opportunity or security. Look at Hong Kong and you know how that power will be abused.

The U.S. used to be a major player in international shipping and shipbuilding. But for a variety of reasons, the U.S. is now a minor player. Currently, China is building 1,291 ocean-going ships. The U.S. has only 8 under construction. Bangladesh meanwhile is building 56. Let that sink in. The U.S. now operates less than 1/2 of 1 percent of ocean-going maritime ships.

In the last several years, foreign powers and some domestic voices have been pushing for the U.S. to allow foreign shippers to take over domestic shipping routes within the territorial waters of the U.S. To do that, would require the repeal or substantial revision of the Jones Act, a move China would love. They could run their ships up and down the Mississippi with high tech electronics in our heartland gathering intelligence and at the same time make America entirely dependent upon them for our shipping and commerce.

This is why the Jones Act is needed now more than ever. It allows for any nation to ship goods to or from America, but within America and between its internal ports, shipping must be handled by American ships and American crews. These American ships and American crews work in our heartland and when the U.S. military needs their sealift capability, they stand at the ready. Do we really want to ask China to fill that role?

The purposes of the Jones Act are something that even free market champion Adam Smith endorsed in his seminal work, The Wealth of Nations. Moreover, the very first Congress, populated by signers of the Constitution and the Declaration of Independence passed the first version of the Jones Act.

The idea that we should let China expand its power within the territory of the United States is simply insane. Standing by and letting China tighten its grip on international commerce will eventually be our downfall if we don’t wake up. If this wasn’t clear before this pandemic, it is now painfully obvious.