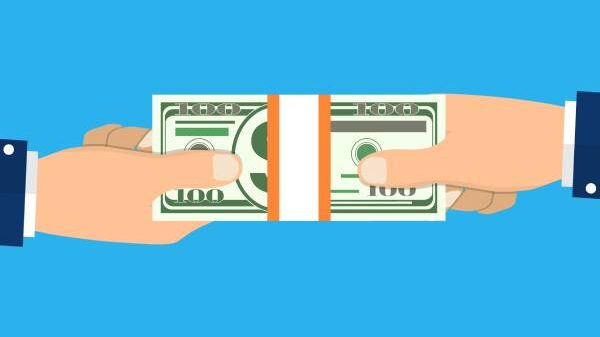 Deep-pocketed liberal donors are using a massive dark money network to conceal the source of nearly $20 million in donations to pro-Biden PACs.

At least $19.8 million has made its way through the Sixteen Thirty Fund to liberal PACs for the 2020 cycle. The fund, which normally works with advocacy organizations, has switched its focus to the election in recent months, sending large amounts to groups supporting Joe Biden in the presidential race. Wealthy donors push cash into the Sixteen Thirty Fund—an entity housed at the D.C.-based dark money network Arabella Advisors—which then disburses the money to prominent Democratic committees.

Arabella Advisors operates as an important funding avenue for wealthy liberal donors, allowing them to contribute to political groups anonymously. Each of several funds within Arabella, including the Sixteen Thirty Fund, acts as a “fiscal sponsor,” providing its legal and tax-exempt status to dozens of liberal groups that fall under its auspices. That status absolves the groups from having to disclose their donors. Donors’ use of the Sixteen Thirty Fund as a vehicle for election PAC donations marks a departure from the group’s normal operations. It normally serves as a pass-through entity to bankroll shadowy nonprofit groups behind left-wing initiatives. This year, however, Democratic candidates including Joe Biden will benefit from the fund’s disbursements despite railing against secret money in politics.

The fund’s relationship to liberal nonprofits has raised eyebrows among money-in-politics watchdogs.  Anna Massoglia, a dark money researcher at the Center for Responsive Politics, said the Sixteen Thirty Fund “has taken dark money in politics to a new level of opacity by channeling money from secret donors to political groups while steering funds into its own fiscally sponsored operations.”

“Sixteen Thirty Fund’s fiscal sponsorship scheme not only enables seemingly independent groups to operate under its umbrella with little or no paper trail but also enables them to engage in a level of political activity that might not be possible if they operated as separate tax-exempt nonprofits,” Massoglia said.

“Liberal dark money groups outspent their conservative counterparts in 2018 for the first election cycle since Citizens United,” Massoglia said. “But direct spending by groups like 501(c)(4) nonprofits is only a fraction of the secret donor money seeping into U.S. elections since dark money groups also steer donations to groups like super PACs.”ADVERTISING

Arabella’s massive network has facilitated the transfer of more than $1 billion from Democratic donors to powerful liberal groups and initiatives in 2017 and 2018 alone.

“The Sixteen Thirty Fund provides support to advocates and social welfare organizations around the country, and we will continue to grow our program,” Amy Kurtz, the fund’s executive director, told the Washington Free Beacon. She added that the fund would continue to support groups that work on causes such as “economic equity, the climate crisis, racial justice, and participation in our democracy.”