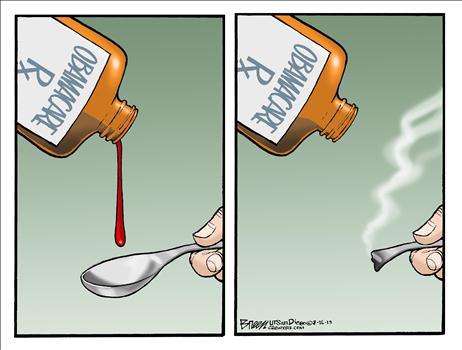 Last week, Vox ran a story featuring individuals covered by Obamacare, who live in fear about what the future holds for them. They included people who opened small businesses because of Obamacare’s coverage portability, and worry that the “career freedom” provided by the law will soon disappear.

Unfortunately, but perhaps unsurprisingly, Vox didn’t ask this small business owner—who also happens to be an Obamacare enrollee—for his opinions on the matter. Like the enrollees in the Vox profile, I’m also incredibly worried about what the future holds, but for a slightly different reason: I’m worried for our nation about what will happen if Obamacare ISN’T repealed.

What Obamacare Hasn’t Done For Me

Unlike many of the individuals in the Vox story, I am a reluctant Obamacare enrollee—literally forced to buy coverage on the District of Columbia’s Exchange because Washington, D.C. abolished its private insurance market. (While I did contemplate moving to Virginia, where I could at least purchase an Obamacare-compliant plan without going through an Obamacare-mandated website, such changes aren’t easy when one owns one’s own home.)

While in generally decent health, I have some health concerns: mild hypertension (controlled by medications), mild asthma, and allergies that have worsened in the past few years. I’ve gone through two reconstructive surgeries on my ankle, which I’ve chronicled in a prior article. Under “research” previously published by the Obama Administration, my health conditions classify me as one of the 129 million people with a pre-existing condition supposedly benefiting from the law.

Yet while my health hasn’t changed much since Obamacare passed and was implemented, my health insurance policy has already been cancelled once. The replacement I was offered this year included a 20 percent premium increase, and a 25 percent increase in my deductible.

If Obamacare was repealed, or if insurers stopped offering coverage, it would be an inconvenience, no doubt. I don’t know what options would come afterwards. That would depend on actions by Congress, the District of Columbia, and the insurance community. But having already lost my coverage once, and gone through double-digit premium and deductible increases, how much worse can it really get?

Obamacare Will Raise the Deficit

Conversely, I am greatly worried about what will happen if Congress doesn’t repeal Obamacare. Our nation is nearly $20 trillion in debt—yet Obamacare would spend nearly $2 trillion more on health coverage in the next 10 years.

The Congressional Budget Office estimates that the law will reduce the deficit by a miniscule amount. But if any of those conditions aren’t met, then the law becomes a budget-buster. And if you think all those conditions will actually come to pass, then I’ve got some land to sell you.

Even if you believe in raising taxes to reduce the deficit, Congress has already done that. Except that money wasn’t used to lower the deficit—it’s been used to pay for Obamacare. Even some liberals accept that you can only tax the rich so much, at which point they will stop working to avoid paying additional income in taxes. Obamacare brought us much closer to that point, without doing anything to put our fiscal house in order.

Likewise, the law’s Medicare payment reductions are being used to both pay for Obamacare and extend the life of the Medicare trust fund (at least on paper, if not in reality). If it weren’t for the gimmick of this Obamacare double-counting, the Medicare trust fund would have become insolvent this year. Instead, budgetary smoke-and-mirrors have allowed Democrats to postpone the day of fiscal reckoning—making the day that much worse when it finally arrives.

Whether they’re liberal websites, Democratic leaders, or Republican politicians attempting to cover as many Americans as Obamacare in their “replacement,” no one dares utter the four words that our country will soon face on any number of fronts: “We can’t afford it.”

But the fact of the matter is, we can’t afford Obamacare. Not with trillions of dollars in debt, 10,000 Baby Boomers retiring every day, and the Medicare trust fund running over $130 billion in deficits the past eight years. Our nation will be hard-pressed to avoid all its existing budgetary and financial commitments, let alone $2 trillion in spending on yet more new entitlements.

Failing to do so will ultimately turn all 300-plus million Americans into the “faces of Obamacare”—victims of a debt crisis sparked by politicians and constituents who want more government than the public wants to pay, and our nation can afford.