Defending against the growing missile threat

Congress has a duty to bolster the U.S. air defense system

By George Landrith • The Washington Times 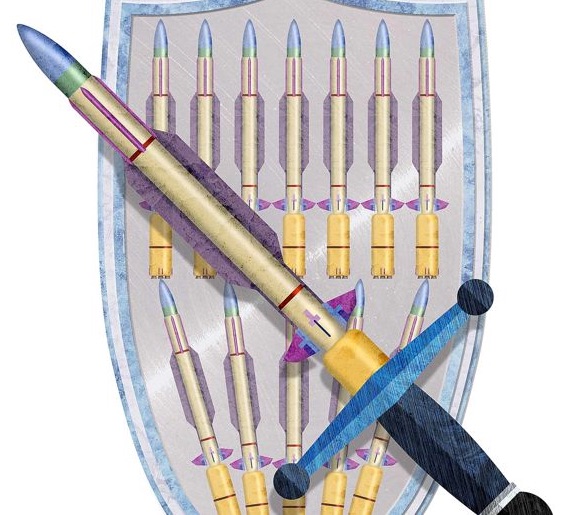 Both Iran and North Korea are rogue nations developing and testing new missile technologies at an alarming rate. Iran threatens U.S. forces and has missile technology to carry out those threats. North Korea has successfully tested missiles that can be fired from submarines and is threatening to use them. Years ago, their test failures gave us some sense of breathing room. But recent technological advances, make them dangerous and their threats credible. China has been building a world-class, blue-water navy to challenge the United States and power its aggression in the South China Sea. Russia is flexing its muscles, orchestrating attacks against its neighbors, working to weaken NATO, and advance its global expansion.

The importance of missile defense in this environment is clear. To protect ourselves from these growing threats, the United States must continue to invest in technological improvements to help our combatant commanders and warfighters protect against growing missile threats at home and abroad.

That is why it is critical that we continue to invest in, and modernize, proven upper-tier missile defense systems like the Patriot Missile, a highly mobile integrated air defense system; Terminal High Altitude Air Defense, which protects us from short-, medium- and intermediate-range ballistic missiles; Ground-based Midcourse Defense, which protects the homeland from long-range intercontinental ballistic missiles; and the Aegis Combat and Aegis Ashore systems, which track and guide weapons to destroy enemy targets from the sea and land.

To counter the growing risks we face, and to make upper-tier missile defense a reality, our military must have enough of the right tools for the job. Tools like the SM-3 missile, for example, deliver the effective variant that can accurately intercept a ballistic missile threat. Should our high-tech radars locate an incoming missile, our warfighters will need to have the proper arsenal of SM-3s to ensure they can take on any inbound missile. Without enough SM-3 variants, we leave ourselves open to attack and rogue nations are empowered.

In tight budget times, it has been tempting to cut procurement of missiles here and there. They aren’t sexy and they don’t generally grab headlines. But they will, if we fail to defend ourselves due to a shortage. Without at least another 35 SM-3 missiles, we are putting both the nation and our warfighters at risk.

Congress must provide funding for at least another 35 SM-3 missiles. This ends up being a modest investment of $189 million to insure that we can defend our warfighters who are often closer to rogue nations with missiles, and our homeland from missile attack.

To any normal person, $189 million is a lot of money. But in the big picture of defending this nation, it is an it is an absolute bargain. To this day, it isn’t clear to me what the Department of Labor does to justify spending almost $40 billion annually. But to put the cost of the needed SM-3 rockets into perspective, the cost is less than one-half of 1 percent of the Department of Labor’s annual budget.

Congress must provide our warfighters with the tools they need to defend our nation. The Iranian mullahs recently published a paper outlining plans to launch a nuclear electromagnetic pulse attack to bring us to our knees. To ignore these dangers is insane, if not criminal. Failure to provide our military with the required tools is effectively an invitation to our enemies to attack.

More than 200 years ago, George Washington correctly said, “To be prepared for war is one of the most effectual means of preserving peace.” Congress can preserve peace, in part, by insuring that our defenders are given the necessary amount of SM-3 missiles to keep us safe. Congress must take seriously its obligation to prevent the catastrophic human and economic costs of a nuclear missile attack by consistently making the necessary commitment to missile defense. The headlines make it clear — there is no more time to wait.

George Landrith is president of Frontiers of Freedom.