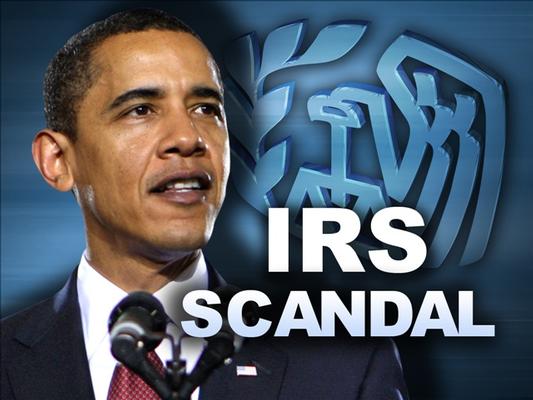 If the IRS can’t find the emails, maybe a special prosecutor can.

The announcement came late Friday, a too-cute-by-half cliche of a PR strategy to mitigate backlash. “The IRS told Congress it cannot locate many of Lois Lerner’s emails prior to 2011 because her computer crashed during the summer of that year,” The Associated Press reported.

At issue is whether the IRS probes were politically motivated and directed by the White House. Congressional investigators were hoping for answers in Lerner’s emails.

The IRS also screened liberal groups, which Democrats claim as proof that there was no abuse of power. That’s wishful thinking. The fact that liberal groups were screened is mitigating, not dispositive.

Republicans lawmakers are prone not to trust any explanation from the White House. Their most conservative voters assumed from the start that the White House was targeting right-leaning groups for intimidation.

“The fact that I am just learning about this, over a year into the investigation, is completely unacceptable and now calls into question the credibility of the IRS’ response to congressional inquiries,” said Rep. Dave Camp, R-Mich., chairman of the House Ways and Means Committee. “There needs to be an immediate investigation and forensic audit by Department of Justice as well as the inspector general.”

Obama has adamantly rejected the suggestion that the IRS was used for political purposes. “That’s not what happened,” he told Fox News in February. Rather, he said, IRS officials were confused about how to implement the law governing those kinds of tax-exempt groups. “Not even a smidgen of corruption” occurred, he said. His allies dubbed it a “phony scandal.”

Six weeks after the scandal broke, I chastised House Republicans for cherry-picking evidence and jumping to conclusions. In the same column, I urged the president to be transparent: pave way for investigators to question witnesses under oath and subpoena the White House and his own re-election campaign for related emails and other documents.

If forced to guess, I would say that the IRS and its White House masters are guilty of gross incompetence, but not corruption. I based that only on my personal knowledge of – and respect for – Obama and his team. But I shouldn’t have to guess. More importantly, most Americans don’t have a professional relationship with Obama and his team. Many don’t respect or trust government. They deserve what Obama promised nearly six weeks ago – accountability. They need a thorough investigation conducted by somebody other than demagogic Republicans and White House allies.

Somebody like …. a special prosecutor. Those words are hard for me to type two decades after an innocent land deal I covered in Arkansas turned into the runaway Whitewater investigation.

Nothing has changed. The White House is stonewalling the IRS investigation. The most benign explanation is that Obama’s team is politically expedient and arrogant, which makes them desperate to change the subject, and convinced of their institutional innocence. That’s bad enough. But without a fiercely independent investigation, we shouldn’t assume the explanation is benign.

Ron Fournier is the Senior Political Columnist and Editorial Director of National Journal.