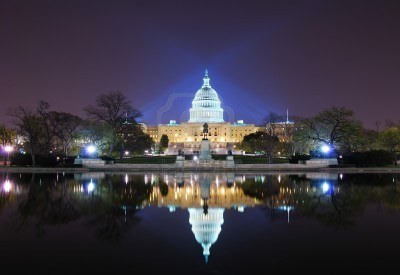 Spearheading this review is the Pacific Legal Foundation’s Todd Gaziano—who helped write the 1996 act—and the Heritage Foundation’s Paul Larkin. Their legal findings, and a growing list of rules that might be subject to CRA, are on www.redtaperollback.com.

The pair argue, first, that the CRA defines “rule” broadly. The law relies on the definition in the Administrative Procedure Act, which includes any “agency statement” that is “designed to implement, interpret, or prescribe law or policy.” This includes major and minor rules as well as “guidance”—letters that spell out an agency’s interpretation of a law.

This matters because President Obama’s regulators often ducked the notice and comment of formal rule-making by issuing “guidance” to act as de facto regulation. Examples include the guidance requiring transgender bathrooms in public schools, which the Trump Administration recently withdrew, or the 2011 guidance dictating how universities must handle sexual assault. The latter is ripe for CRA repeal.

The second discovery is the law’s definition of when the clock starts on Congress’s time to review rules. The CRA’s opening lines require any agency promulgating a rule to present a “report” containing the rule’s text and definition. The CRA explains that Congress’s review period begins either on the date the rule is published in the Federal Register, or the date Congress receives the report—whichever comes later.

Thus any rule for which any Administration (going back to 1996) failed to submit a report is fair game for CRA review and repeal. The Trump Administration can begin the clock merely by submitting a report to Congress.

Our own search suggests past Administrations were fairly diligent about presenting reports for major rules. But a 2014 study by the Administrative Conference of the United States found at least 43 “major” or “significant” rules that had never been reported to Congress.

The study estimated a further 1,000 smaller rules a year that agencies had failed to report. The study focused only on formal rules—not “guidance” that also requires a report to Congress under the CRA. Redtaperollback.com is offering tools so citizens can examine whether past rules have reports.

A third discovery could be the most important. The opening words of the CRA read: “Before a rule can take effect” the federal agency in question must submit a Congressional report. No one has tested the legal limits of this provision, but a fair reading suggests the Trump Administration could declare any rule for which a report has not been submitted to be null and void.

The White House would be wise to start by simply directing federal agencies to catalog which rules have reports—and then devise a strategy with Congress. Some rules might deserve to stay on the books. Some bad rules might get reported to Congress for repeal under the CRA. Others could be declared null and void—which saves the trouble of formally reversing them. This last approach might appeal to Congressional Republicans who are fretting that a CRA crush is diverting them from health-care and tax reform.

Democrats will howl in response to an aggressive use of the CRA, but the law was designed to impose penalties on agencies that failed to keep Congress informed. As Mr. Gaziano says, “the entire point of the CRA was to restore some minimal level of constitutional accountability over agencies that take a broadly worded statute as license to run wild.”

The CRA is the most immediate tool Republicans have to reimpose democratic accountability on a lawless bureaucracy, and they should use it to the fullest.