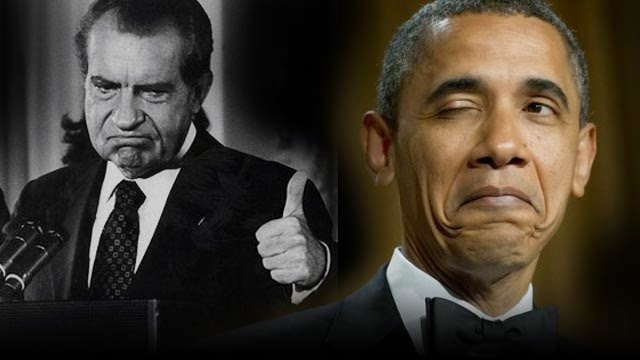 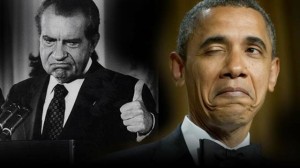 Readers can thank Judicial Watch for prying the latest embarrassing documents out of the Obama administration, as part of its effort to uncover the full story behind Operation Fast & Furious. Last night’s document dump deals with a related matter — the attempt to keep the media at bay and spin the news to the best advantage of Barack Obama and outgoing Attorney General Eric Holder. The DoJ provided another set of documents, totaling more than 42,000 pages, under court order to JW on November 18th, and they make it clear that the White House took it upon themselves to pressure CBS into silencing Sharyl Attkisson:

One of the documents provides smoking gun proof that the Obama White House and the Eric Holder Justice Department colluded to get CBS News to block reporter Sharyl Attkisson. Attkisson was one of the few mainstream media reporters who paid any attention to the deadly gun-running scandal.

Schultz replied, “Good. Her piece was really bad for the AG.”

Schultz also told Schmaler that he was working with reporter Susan Davis, then at the National Journal, to target Rep. Darrel Issa (R-CA). Issa led the House investigation into Fast and Furious. Davis now works at USA Today. In the email chain, Schultz tells Schmaler that he would provide Davis with “leaks.”

John Hinderaker picks up the email string at Power Line:

The context of the emails is concern about news reports that put Eric Holder at the center of the Fast and Furious scandal. In the first email, at 7:46, Schmaler says that there were no Fast and Furious stories from the NY Times, the Associated Press, Reuters, the Washington Post, NBC or Bloomberg. But there is one person out of step: Sharyl Attkisson. Schmaler writes:

I’m also calling Sharryl’s editor and reaching out to Schieffer. She’s out of control.

Which is highly revealing: the Obama administration expects reporters to be under control. As, of course, they generally are, like the Times, the Post, AP, etc. Schultz replies:

Good. Her piece was really bad for AG.

We can’t have that. We need to get the one reporter willing to dig into the story under control. But Schultz can’t seem to believe the White House’s good fortune:

Why do you think no one else wrote? Were they not fed the documents?

Apparently the others are all loyal Democrats.

This brings us to a more subtle point. We know (or should by now) that all sides in Washington play hardball when it comes to media courtship and spin control. Documents get leaked for a reason by Democrats and Republicans alike. Reporters get nuggets when they appear to be friendly or when it suits a politician, and get frozen out just as easily. That’s just life in the Beltway, and one doesn’t have to be marinated in the culture to know how business as usual operates.

This, however, goes beyond that — in a couple of ways. First, it goes way beyond the normal carrot-stick relationship with reporters on getting favored stories, and moves into a place where reporters are pressured to keep quiet about government abuse and incompetence — or lose their jobs.  That’s flat-out intimidation of the kind one would normally associate with, say, the Nixon White House and its notorious Enemies List. It’s the kind of gangster-government environment more associated with banana republics. If it succeeds, it guarantees the complete removal of accountability and transparency, and turns the media into stenographers.

There’s another troubling aspect to this, too. The DoJ and White House seemed to be surprised that no one other than Attkisson ran with the documents that got leaked (other than Fox, of course). Why wouldn’t they report on leaked documents from Fast & Furious? It’s certainly not because DC reporters suddenly got ethical reservations about using leaks. John’s point is well worth considering, not just because of the media bias it demonstrates, but also because that media bias allowed the Obama administration to focus its sights on just one journalist. It’s not just that the White House went after a reporter, but also that the failure by most of Attkisson’s colleagues in the industry to “speak truth to power,” “afflict the comfortable,” or whatever tiresome cliché they routinely use to describe their work in heroic terms, when it counted. They left Attkisson isolated, an easy target for the power they claim to challenge.

Attkisson herself describes what happened to her work after her initial reports on Operation Fast and Furious, and especially the next year when she began reporting on Benghazi. If a DoJ flack felt perfectly  at home calling a CBS editor and then a news anchor to tell Attkisson to back off — and have the White House deputy press secretary offer an approving response to the idea — it’s not outside the realm of possibility that another White House official could have called a relative to make the same demand. Ben Rhodes, one of Obama’s national-security team, has a brother at CBS News, who just got promoted to its top position. Coincidence? Unrelated? Perhaps, but if the White House was having Schmaler call CBS News editors on the carpet, it’s a little difficult to imagine that they left this path to the top untrodden.

Ed Driscoll drily quips, “I’m sure CBS will want to blow the lid off this story.” Right after checking in with Schmaler and Shultz, of course.