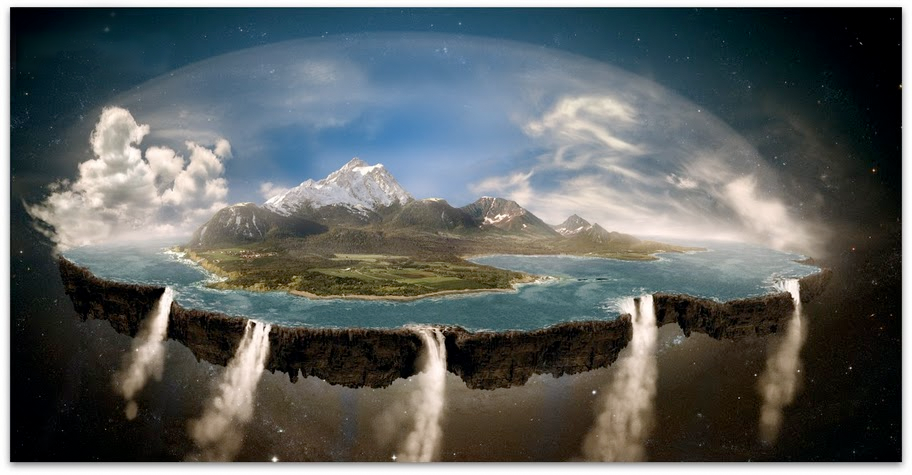 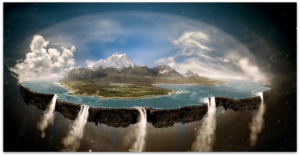 This past week, President Obama joined the Flat Earth Society.

That’s not how he put it, of course. Just the opposite. He said, “We don’t have time for a meeting of the Flat Earth Society,” i.e. those not prepared to join him in embracing radical anti-fossil fuel policies.

Put another way, he meant forget about Congress. Congress has repeatedly rejected legislation to authorize what Mr. Obama announced yesterday he would do anyway, essentially by decree. For example, the administration backed a cap and trade bill in 2010. Designed to limit the use of coal and oil, it was so unpopular in that year’s overwhelmingly Democratic Congress that Majority Leader Harry Reid ultimately withdrew it. The issue was not overcoming a filibuster. Reid knew that the bill would have lost an up and down vote on the Senate floor.

Of course, the president was also saying that opponents of anti-climate change legislation are so ignorant of science that they aren’t worth talking to. Who is the truly ignorant one?

Hasn’t anyone told the president that the average global temperature has not increased in fifteen years? As Pacific Research Institute senior fellow Steven Hayward reported recently in The Weekly Standard:

After two decades of steady and substantial global temperature increase from 1980 to 1998, the pause in warming is causing a crisis for the climate crusade. It wasn’t supposed to happen like this. The recent temperature record is falling distinctly to the very low end of the range predicted by the climate models and may soon fall out of it, which means the models are wrong, or, at the very least, something is going on that supposedly “settled” science hasn’t been able to settle.

Just last week, Germany’s Spiegle Online International posted an interview with Hans von Storch, professor at the Meteorological Institute of the University of Hamburg and among Germany’s most renowned climate scientist. Storch said:

If things continue as they have been, in five years, at the latest, we will need to acknowledge that something is fundamentally wrong with our climate models. A 20-year pause in global warming does not occur in a single modeled scenario. But even today, we are finding it very difficult to reconcile actual temperature trends with our expectations.

Recently I reviewed a new book on climate change. Titled The Age of Global Warming: A History, it was written by British policy intellectual Rupert Darwall. Darwall helped found the major British think tank Reform. He is also affiliated with the firm I head. Reading him it is clear that the scientific underpinnings of the global warming theory were always shaky.

The critical “evidence” of catastrophic trends turns out to have been neither repeatable experiments nor hard data but computer models. As noted by one University of Cambridge physicist and investigator of the notorious University of East Anglia “climategate” scandal, the characterization of computer runs as experiments – the norm in the climate change community — “does a disservice to centuries of real experimentation and allows simulations output to be considered as real data…a very serious matter, as it can lead to the idea that ‘real data’ might be wrong because it disagrees with models!” He added, “That is turning centuries of science on its head.”

The president alluded yesterday to economic damage that had resulted from not taking drastic actions against climate change already. Perhaps he was referring to the British government’s 2006 Stern Report. The report concluded that failure to act against global warming “could create economic and social disruption on a scale associated with the First and Second World Wars and the Great Depression of the 1930s.”

But that globally influential report turns out to have been perhaps the most inept – or disingenuous — policy study by a major government in modern history. As I noted in the review, to reach its conclusion, the bureaucrats involved had simply ignored basic rules of economic analysis, counting costs in the nearly infinite future as if they were being faced today. So more than half the damages it attributed to global warming came after… 2050? (No). 2100? (No). 2200? (No). Try after 2800.

All of this wouldn’t be so bad — politicians, like children, will play – except for the consequences. Fracking, the Keystone pipeline and coal technology are promising North America true net energy independence within the decade, arguably the single greatest step we could take to ensuring long-term global peace and domestic prosperity. Apparently all that is to be thrown out the window, assuming the president has his way.

Which just goes to show, in this administration flat earth thinking doesn’t stop at science.

Clark S. Judge is the managing director of White House Writers Group, Inc. and chairman of the Pacific Research Institute.