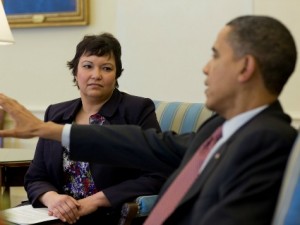 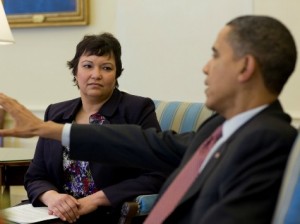 by George Landrith and Peter Roff

As a candidate for president, Barack Obama promised to lead the most open, most transparent administration in history. He has not kept that promise. Time and again, members of his administration have failed to keep faith with the American people. Acting in secret, they have taken sometimes extraordinary steps to shield their actions from the public.

The latest example involved Lisa Jackson, who has led the U.S. Environmental Protection Agency since the beginning of the president’s first term. Jackson is resigning, but only after it was revealed she used a fake name (Richard Windsor) to create a fake e-mail address to conduct official EPA business.

What Jackson did contravenes federal law which, because as a nation we value open and transparent government, prohibits such behavior.

This is not the first time the EPA has been in the spotlight because its administrator acted against the interests of transparency. Carol Browner, who led the agency under Bill Clinton and then served for a time as President Obama’s “environmental czar” – ordered the hard drive on her government computer erased and reformatted and all backup tapes destroyed only hours after a federal judge had ordered the EPA to preserve all agency e-mail records.

This conduct, the use of phony e-mail addresses and the erasure of computers pose an interesting question: What is the EPA and its administrators doing that they are so unwilling to have their official communications become public? It doesn’t paint a pretty picture for the left’s agenda or its methods of implementation.

Jackson’s conduct came to light only after a a whistle-blower divulged she was using her fake e-mail account to conduct controversial business, evade congressional oversight, and get around the requirements of the federal Freedom of Information Act. Typically, government business is conducted in public. Correspondence and e-mail must be available to scrutiny, both by Congress and the American people. When a fake name is used, it allows an agency and its employees to evade accountability.

There is no way around it. This is government corruption at its highest form – and the polar opposite of the kind of transparent and open government political leaders on both sides of the aisle claim to want.

EPA’s record of following the law and being transparent couldn’t be much worse. Obama’s EPA has twice failed to provide as required by law a “Unified Agenda” which is a compendium of regulations planned in the foreseeable future. For the record, no other administration has ever even once failed to meet the requirements of this law. This, combined with the more than 12,000 secret e-mails, suggests a pattern of chicanery, obfuscation, and lawlessness at Obama’s EPA.

The problem does not end with Ms. Jackson or her staff. For the last four years, when asked to respond to lawful requests for information by Congress or by American citizens under FOIA, EPA attorneys did not provide e-mail sent and received by the administrator at her “Richard Windsor” e-mail address. Moreover, they affirmed that all responsive e-mails had been provided, when they clearly had not.

It is important whether these attorneys knew or had reason to know that their representations were false. And it is incumbent on the U.S. Congress and, perhaps, the U.S. Department of Justice to begin an inquiry into whether they did so.

To stop the culture of corruption at the EPA, it is not sufficient for Ms. Jackson to step down. There must be a comprehensive investigation concerning the actions of Ms. Jackson, her staff, and EPA attorneys who were involved. It must be determined who knew about or participated in the corruption. Ms. Jackson clearly did but did anyone else? Any government employee involved should be fired and prosecuted. If they are an attorney, they should also be disbarred.

No one has ever gone to jail for violating the Freedom of Information Act but, the federal mail and wire fraud law is broadly used to target corruption in government that falls well short of bribery or extortion. Ms. Jackson and all those who participated in the fraudulent and fake e-mail scheme should face prosecution.

Once the 12,000 or more secret e-mails become public, Attorneys General and United States Attorneys all over the United States will likely have jurisdiction to investigate and perhaps even prosecute Ms. Jackson or anyone else who were involved in there e-mail fraud scheme. Congress should also have a full investigation and also determine if other of agencies have engaged in similarly corrupt schemes designed to shield their activities from public scrutiny, particularly those that pertain to the official function of their position and the development of public policy.

The Obama administration has been one of the least transparent or open administrations in memory. The activities of Lisa Jackson at the EPA are just one example of that. If the president hopes to remove the taint from his administration, he must take a personal interest in rooting out this sort of corruption. He cannot simply accept Ms. Jackson’s resignation and call the matter closed.

George Landrith is president of Frontiers of Freedom, a Virginia-based public policy organization. Peter Roff is a senior fellow at FOF.