Freedom Centers Constitutional and Political Freedom Exhausted by their hearings, the House now takes a ...

Exhausted by their hearings, the House now takes a 10-day vacation 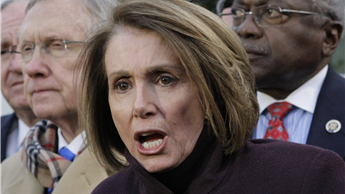 Amid apparently lagging interest in the whole impeachment drama on Capitol Hill, the Democrats leave Washington for the Thanksgiving recess with a serious question to ponder. They have to decide whether to pursue their impeachment strategy toward what looks like a bitter end, or to construct an alternate strategy. It looks increasingly like the practical politicians versus the true believers.

As this column has pointed out, the stakes are very high: almost certainly the control of the House in 2020 and probably the presidency as well. The House is currently split with 233 Democrat seats versus 197 Republican seats (+4 vacancies).

The Republicans need to gain a net 18 seats to resume control. Their prospects seem to depend on re-gaining the 31 so-called “Trump districts”, i.e. seats that Democrats won in 2018 that had voted for Trump in 2016. Historical trends are against the Republicans, since control of the House has flipped during a presidential election only twice (1948 and 1952) since 1900.

The Republicans’ best hope of regaining the House thus focuses on the Trump districts. The trends reported by the current polls seem to indicate that the more the public learns about the Dems’ impeachment efforts, the less popular it is becoming.

This is, of course, contrary to the assumptions made by the leadership that the country, especially the independent voters on whom electoral success depends, would welcome this action and believe the ruinous assaults on the President’s reputation. The desired result was to so discredit him as to render him unelectable in 2020. Success of this strategy would defeat his election with the by-product of guaranteeing the election of the Trump district Democrats.

Instead, it appears that this strategy is turning those critical independents against the Dems. And that leaves the House leadership with a fateful decision to make. But what are their alternatives?

They can’t simply drop the whole idea; they have come too far for that. The only way they can back off with some credibility would seem to be an announcement that their “inquiry” was truly honest and concluded that the offense revealed did not prove any “high crimes or misdemeanors” and then come up with a censure motion instead. (Talk about “a silk purse from a sow’s ear”!) Such a solution sounds like an admission that they were victims of bad judgement from the beginning – even worse than the original approach.

So, there does not seems to be any way to gracefully retreat from the current strategy. Therefore, an impeachment vote seems inevitable. But how will the 31 vote? Remember, they were elected on the promise to work with the President and the Republicans to do great things including international trade deals with Mexico, Canada, China, Britain and Europe, as well as FY2021 budget, infrastructure, prescription drugs, increase manufacturing jobs, etc.

Instead, they will face their constituents with their failure to get Republican support for their agenda because they were spending their time trying to overthrow the President and adding immeasurably to the political division which they promised to try to reduce.In the shadow of that story to the voters, it is possible that the Dems might lose the vote to impeach – or at least more seriously cloud their integrity even further. Not a good choice either.
So stay tuned.