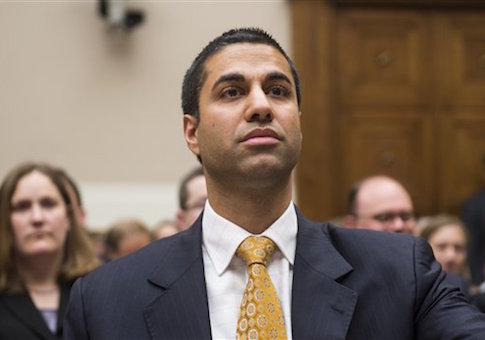 FCC Chairman Pai recently announced plans to revise and update outdated and out-of-touch media ownership rules. To say that these rules are a relic of a bygone era is a gross understatement; they predate the advent of the internet and were adopted long before Americans went online for news and “over-the-top” for TV programming. The FCC adopted many of its current media ownership rules when Walter Cronkite ruled the nightly news and Lucille Ball was the Queen of Comedy. It is long past time that the FCC adjust regulations to account for an information-rich landscape that never was envisioned more than 40 years ago.

Case in point: It’s undeniable that traditional print newspapers have steadily declined. Yet here we are – in 2017 – living with a government regulation barring common ownership of a broadcaster and a newspaper in the same market. One has to ask self-appointed “public interest” activist groups why they are balking at updating these rules. Newspapers are dying by the day, yet “guardians of the public interest” smugly attempt to block consolidation at any cost. What they seem to forget is this: Boots on the ground journalism costs money; serious investigative journalism at the local level requires a financial commitment that broadcasters may be willing to provide to newspapers, if given the opportunity.

Eliminating the newspaper/broadcast cross-ownership rule will provide a much-needed opportunity for the newspaper medium to survive – and possibly thrive – with an investment of capital that prospective broadcast owners can provide. That’s why the groups that understand this issue the best – the actual owners of newspapers – have been clamoring for an end to this antiquated regulation for two decades. And in rural America, we welcome a cash infusion into community newspapers that will preserve robust coverage of city hall, local school board meetings, and town zoning boards.

As chairman Pai said in his announcement:

“Today, just two Internet companies claim 100% of recent online advertising growth. Indeed, their digital ad revenue this year alone will be greater than the market cap of every broadcasting company in the United States combined. And yet the FCC’s rules still presume that the market is defined entirely by pulp and rabbit ears.”

These changes will ensure we have vibrant local media markets and journalism now and in the future.

The changes proposed include:

Eliminating the broadcast/newspaper ownership rule which serves as a stunning example of how outdated rules are hurting local media markets — not protecting them.  In an era where local newspapers are on death watch — we should be encouraging the purchase by the folks most likely to make a profitable business — local radio and tv stations;

Eliminating the eight voices test within the local television ownership rule which doesn’t even count the internet as one possible source (or voice) of local information.

Seeking comment on the incubator program for new broadcasters — a free market, non-regulatory answer to attracting new diverse private ownership including minority owners through lowering the barriers to entry.

Clearly, existing FCC media ownership rules have been an abject failure in promoting minority ownership in media. Can’t we at least give Chairman Pai’s incubator program a chance? Chairman Pai grew up in rural Kansas and has never forgotten his roots. His reforms have real merit and deserve serious consideration. We strongly support his advocacy for rational media regulation that promotes diverse ownership, preserves local journalism, and protects the public interest.