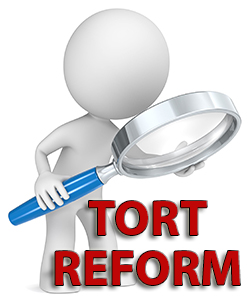 Frontiers of Freedom signed a letter to the U.S. house of Representatives Speaker Paul Ryan (R-WI), along with 10 other leading conservative organizations and former Reagan Attorney General Edwin Meese III, opposing H.R.1215 — legislation that would impose federally mandated caps on medical malpractice awards.  Frontiers of Freedom sees merit in states passing tort reform as tort law has always been the providence of states. But federally mandated reform of state tort law is simply not constitutional. Our constitutional system of federalism demands that Congress respect that states, not the federal government are responsible for state tort law.

Some argue that certain states won’t pass needed tort reform. That may or may not be true. But who is to say that states must pass tort reform measures that legislators in Washington D.C. may prefer? Imagine someone who has unsuccessfully argued for years for longer hunting seasons, or lower tax rates in his home state.  Now picture that this unhappy state citizen finally gives up an asks Congress to force his state to adopt his views? If Congress acts on this request,  doesn’t that mean that the important constitutional principle of federalism is dead? This is why Frontiers of Freedom considers this bill constitutional malpractice. Even if you generally like the idea of tort reform, which Frontiers of Freedom supports, you cannot impose it by unconstitutional means.

While backers of this bill claim to have added “clarifying language” to resolve concerns, no such thing has been done. There is no language that can clarify or fix the idea of the federal government imposing its view of tort reform on the states. Tort law and tort reform have always been a matter of state law. Different states have different tort laws. That is how it has always been. When students study tort law in law school, they learn that the law varies from state to state which is why sometimes the real battle is which state has jurisdiction. The Constitution envisioned that the states would have different laws.  Moreover, the Constitution never envisioned that Congress would require that the states adopt a new federalized tort law approach.

Arguing that tort reform will save money is an argument that should be made to the state legislature, not to Congress. Just as state legislatures lack the authority to ratify treaties, Congress lacks the authority to impose tort reform measures on the states. Treaties are a matter for the federal government, not the states. And tort law is a matter for the states, not the federal government. This is Constitutional Law 101. The Senate should reject this creeping and massive intrusion of federal laws into matters that are reserved in the Constitution to the states.

Here is the text of the letter:

Despite promises by House leaders to include “clarifying language” to address concerns that it would undermine the freedoms of states and their citizens, the proposed “medical malpractice reform” bill (H.R. 1215) now once again making its way before the full body remains a premier example of constitutional malpractice.

The reason: there is fundamentally no “clarifying language” that would reconcile a sweeping effort to federalize tort law with our system of federalism, which reserves that province solely to the states.

As we underscored in our previous letter to you on HR 1215, the clear intent of the Founders was to promote, not prevent, the kind of diverse perspectives and approaches with which nearly all of the states have spoken on this issue, in what they view to be the best interests of their citizens. [In fact, the legislation would go so far as to pre-empt several state constitutional amendments, the strongest and clearest legislative expression of the people’s will at the state level.]

While it is urged upon organizations such as ours, and our members, that “reining in” expensive malpractice – and, in the case of this legislation, product liability – awards is a “conservative” position, the pre-eminent conservative principle is to rein in the power of an avowedly all-knowing and increasingly all- encompassing national government.

Regardless of the potential cost savings claimed for medical malpractice reform, the costs to freedom – and the spirit of innovation and regional diversity – of the creeping and, more recently, massive intrusion of federal laws and regulation on state prerogatives, especially in the health care arena, are far higher.

Conservatives rightly pointed out the corrosive and dampening effect of the expansion of federal power when it occurred in the context of Obamacare, and we should be equally concerned when it is proposed as part of a broader effort to roll back that legislative scheme. It will never be acceptable to substitute unconstitutional Democratic-sponsored legislative mandates with Republican ones.

Given its continued encroachment on the rights and privileges of states and their citizens, the undersigned organizations continue our vigorous opposition to H.R. 1215 and ask that the Republican leadership withdraw it from consideration, this time permanently.

The Institute for Liberty

Consumer Action for a Strong Economy