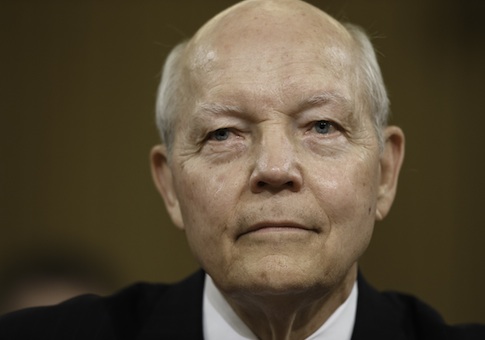 Why is IRS Commissioner John Koskinen still in office? A growing number of Capitol Hill Republicans want to know — and they have good reason to be troubled.

When he took over in 2013, Koskinen was supposed to “fix” the IRS — and in particular get to the bottom of the scandal in which the agency deliberately held up approvals for 75 conservative and Tea Party groups that had applied for legitimate tax exemptions.

Instead, what Congress and the public got from him was obstruction, open defiance and a refusal to discipline anyone at the agency. Indeed, he seemed most concerned with running interference to shield the Obama administration from any embarrassment.

Nor was he alone: The Obama Justice Department refused to bring criminal charges against anyone at the IRS. To date, no one has been held accountable for what even liberal legal icon Laurence Tribe has called “inexcusable abuse.”

Which is why House conservatives last year tried unsuccessfully to impeach Koskinen, whose term ends this November.

And the stench continues. The IRS just “discovered” another 7,000 emails long sought by the conservative watchdog group Judicial Watch, which is suing the agency over the targeting. The agency continues to insist the targeting was not political but merely a poorly executed, nonpartisan effort at efficiently identifying problematic groups by specific words in their name.

It’s clear there’ll be no IRS reforms while Koskinen is in office. He’s the No. 1 candidate in Washington for President Trump’s signature line: “You’re fired.”