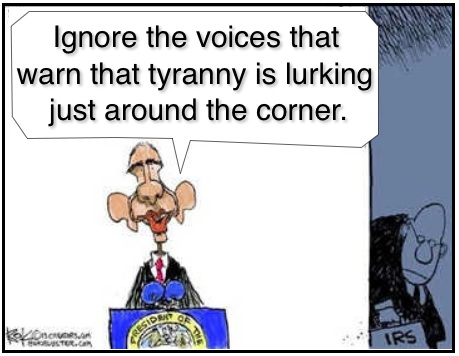 The memo is out, and it’s bad. It shows, unequivocally, that the Federal Bureau of Investigation used political opposition research paid for by the Democratic National Committee and the Hillary Clinton campaign to get a secret court warrant to spy on a Trump campaign member.

It also shows that the FBI omitted vital information in its warrant request to the Foreign Intelligence Surveillance Act (FISA) court. Namely, the FBI kept asking for warrant renewals (FISA wiretapping permission expires after 90 days) without telling the court the FBI itself had dismissed Christopher Steele, who generated the opposition research, for lying to the FBI and leaking his relationship with the agency to the press. Both are not only unethical but likely illegal.

It also shows that Steele was utterly biased, that he “was desperate that Donald Trump not get elected and was passionate about him not being president.” We know that because Steele admitted it to Bruce Ohr, then a senior DOJ official, whose wife was working for Fusion GPS, the firm the DNC and the Clinton campaign hired to produce the Steele dossier.

The memo reveals a lot of outrageous stuff. Everyone should read it (it’s only four pages, go read it). But the most important and shocking thing the memo shows is how utterly politicized the Justice Department and FBI had become by the end of Barack Obama’s term.

We should have seen this coming. The Obama administration politicized everything it touched, from the Internal Revenue Service to the DOJ to the National Security Council—agencies that are supposed to be above partisan politics. Under Obama, they were all put in service of nakedly political aims, often in ways that drew censure from the judiciary, and always in ways that violated the U.S. Constitution. This is something conservatives have warned for centuries is a feature, not a bug, of big government through administrative agencies. Power corrupts, remember?

Obama’s IRS Was a Political Operation

Remember Frank VanderSloot? He was one of eight Mitt Romney donors that an Obama campaign website targeted in April 2012, listing each by name and condemning them for the crime of having donated to Obama’s opponent. The post described VanderSloot as a “wealthy individual” with a “less-then-reputable record.”

It didn’t stop with this public shaming of a private citizen. As the Wall Street Journal’s Kim Strassel later noted, the Obama campaign’s site was a clear signal to harass and intimidate Romney donors, which is exactly what happened:

Twelve days later, a man working for a political opposition-research firm called an Idaho courthouse for Mr. VanderSloot’s divorce records. In June, the IRS informed Mr. VanderSloot and his wife of an audit of two years of their taxes. In July, the Department of Labor informed him of an audit of the guest workers on his Idaho cattle ranch. In September, the IRS informed him of a second audit, of one of his businesses. Mr. VanderSloot, who had never been audited before, was subject to three in the four months after Mr. Obama teed him up for such scrutiny.

The last of these audits was only concluded in recent weeks. Not one resulted in a fine or penalty. But Mr. VanderSloot has been waiting more than 20 months for a sizable refund and estimates his legal bills are $80,000. That figure doesn’t account for what the president’s vilification has done to his business and reputation.

Using the IRS to target political enemies was nothing new for the Obama administration in 2012. In Obama’s January 2010 State of the Union address, he infamously disparaged the U.S. Supreme Court—to the justices’ faces—for its ruling in Citizens United. He claimed the ruling would “open the floodgates for special interests” to influence elections—by which he meant conservative groups. He returned to this theme again and again in subsequent speeches, warning that Citizens United would enable shadowy organizations, maybe even foreign-controlled corporations, to infiltrate our politics with “dark money.”

Obama’s message was clear: these conservative advocacy groups should be targeted. The IRS got the message, and from 2010 to 2013 it systematically targeted conservative nonprofits applying for tax-exempt status. If your group had “tea party” or “patriots” in its name, the IRS came after you. Hundreds of individuals and groups, mostly comprised of private citizens with moderate means, were subjected to exhaustive and expensive IRS audits. The feds demanded detailed donor and member information, reading lists, and in some cases the contents of prayers offered at meetings. The applications were held up for years.

Last October, the IRS signed a consent decree in federal court admitting that it targeted conservative groups. But of course nothing ever happened to those responsible. The IRS official at the heart of the targeting scandal, Lois Lerner, retired with a full pension and no disciplinary action was ever taken against any IRS employee. When the scandal broke in 2013, Obama feigned outrage, calling the agency’s behavior “outrageous” and assuring the public that the IRS should be “held fully accountable.”

But of course the IRS was simply responding to Obama’s openly expressed suggestion that these groups were suspicious and improperly engaged in campaigning. Obama didn’t have to issue a direct order to get the IRS to do his political dirty work, he just had to make himself clear.

It Wasn’t Just The IRS

The same sort of politicization and abuse of power unfolded throughout the executive branch under Obama. Consider the contraceptive mandate. The Affordable Care Act invested the U.S. secretary of Health and Human Services with enormous power over the country’s health insurance markets, including the ability to define what sort of contraceptive coverage employers had to provide. Employers with strong religious objections to contraception and related abortifacients, like Hobby Lobby and the Little Sisters of the Poor (an order of Catholic nuns who care for the poor elderly), were effectively told by the Obama administration to shut up and violate their faith.

In both of those cases, Obama’s Justice Department went all the way to the Supreme Court to try to force those employers to comply with the dictates of the HHS secretary. That Obama’s Justice Department failed in both cases shouldn’t diminish the fact that both HHS and DOJ carried on a highly politicized campaign against religious conservatives who refused to go along with federal rules stemming from Obama’s signature legislative accomplishment.

Politicization took different forms elsewhere in the administration. Early on in his first term, Obama put a bunch of political hacks in charge of foreign policy by stocking the National Security Council—an institution that’s supposed to be apolitical and is traditionally staffed by foreign policy professionals from the military and the intelligence agencies—with the likes of Ben Rhodes and Tommy Vietor, a campaign speechwriter and a press aide.

They were part of an NSC headed by Democratic political operative and former Fannie Mae lobbyist Tom Donilon. It was this thoroughly politicized NSC that decided, in the aftermath of Benghazi, to spin the whole thing and blame it on an Internet video. It was this NSC that advised Obama to do nothing after Bashar al Assad crossed the president’s chemical weapon “red line,” then later blame Congress for inaction. It was this NSC that counseled Obama to set a withdrawal date in Afghanistan, a “reset” with Russia, and proceed with transparently political stunts like the Bergdahl prisoner swap.

The Memo Is the Latest of Many Obama-era Abuses

Now we have the memo showing just how politicized the FBI and DOJ had become in the waning months of the Obama administration. None of the FISA applications the FBI filed to surveil Page disclosed that the Steele dossier, on which the warrant request relied, was funded by the Democratic National Committee and the Clinton campaign. The Steele dossier was nothing more than paid political opposition research, yet it was used as evidence by the FBI to warrant spying on an American citizen who was volunteering for the Trump campaign. As the memo itself makes clear, a FISA warrant would never have been issued if it hadn’t been for the dossier.

For anyone who has been following this story, the memo is shocking and much worse than what many people expected. It details nothing less than the abuse of FISA wiretapping—a civil liberty concern Democrats used to care about. What’s worse, that abuse was carried out by the Obama DOJ for unashamedly political purposes, to tarnish the Trump campaign with the “Russia collusion” smear and put a thumb on the scales for Hillary Clinton.

Shocking, yes. But perhaps not surprising, given what we saw for eight years under Obama. Is it any wonder that his administration’s politicized intelligence agencies, on the eve of a presidential election, took steps to ensure a Democratic successor?