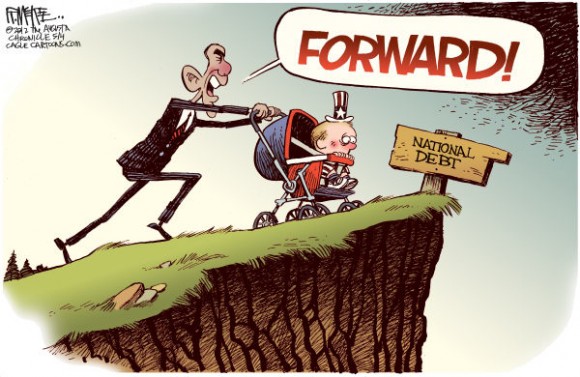 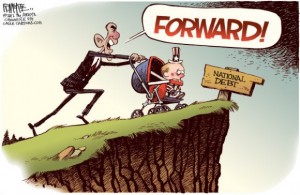 Nonetheless, let’s apply these two standards — (1) are there sufficient details? and (2) does the math add up? — to evaluate Barack Obama’s proposals for solving the so-called fiscal cliff.

Obama also criticized Romney for paying an average effective tax rate of 14% which Obama argued was less than most middle class Americans pay. Obama said, “The fact is that [Romney] only has to pay 14 percent on his taxes when a lot of you are paying much higher.” But that is simply false.

So who are all these people in the middle class who pay more taxes or pay a higher rate of taxes than Mitt Romney? Perhaps this is why Obama never got into the specifics — they prove him wrong. Obama provides few, if any, meaningful details, and many of the details he provides are false. Obama fails his own details test. Will the lazy and dishonest media cover this? Never mind.

Now let’s look at the second Obama test — does the math add up? No it does not. And it isn’t even close. Obama claims he wants to go back to the “Clinton-era rates,” but his plan taxes both capital gains and dividends at much higher rates than during the Clinton years. Obama’s plan almost triples the income taxes on dividends from 15% to 43.4%. Likewise, Obama’s plan for income taxes on capital gains is more than 15% higher than the Clinton tax rates. Obama’s math doesn’t add up.

The problem is one of spending. But Obama hopes to convince Americans that the real problem is those greedy wealthy people who don’t pay enough taxes — the ones who pay 70% of all federal income taxes.

The budget deficit crisis is clearly a problem of out of control spending, compounded by a stagnant economy. From fiscal 2007 to 2011, federal spending exploded by 32%. During the same period average household incomes dropped by more than $4,000. American’s learned to get by on less, while big government accelerated its spending at historical rates. But Obama won’t admit it is a spending problem.

We could resolve the vast majority of the budget deficit by simply returning to 2007 spending levels. That coupled with some robust economic growth would be a powerful step in the right direction. We had schools in 2007. We had a safety net in 2007. So it isn’t as if returning to 2007 spending levels would be draconian. Let’s be honest, the federal government was spending too much in 2007 too. But at least that would be a serious start.

But Obama says, “We can’t just cut our way out of this hole.” The truth is — big government spent us into this mess and we can cut our way back out. That is just simple math, Mr. President.

Obama portrays his approach of increasing taxes and maybe cutting a little spending as “responsible” and “balanced.” But it is neither responsible nor balanced. And Obama’s math simply does not add up. With his announcement this week that he wants a tax increase now, and next year, he’ll consider possible spending cuts — it is clear Obama has no intention of making the needed spending cuts.

Obama’s plan lacks serious and credible detail. His math does not add up. And worst of all, Obama continues to fail the leadership test.