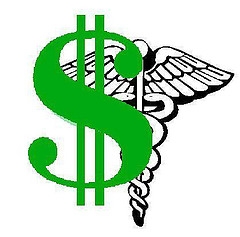 Just when you thought the disastrous Obamacare literally couldn’t get any sicker or more costly to Americans, think again.  However, this time it isn’t the law’s namesake President Obama and his Democrat cronies harming our country’s health care system while ballooning the federal budget, it’s Republicans.

Sen. Ben Sasse (R-Neb.) and Rep. Mark Walker (R-N.C.) introduced a bill — the Taxpayers Before Insurers Act which requires funds paid in by private insurance companies collected under the auspices of the “reinsurance program” mandated under the Affordable Care Act to go the U.S Treasury instead of being used to reduce consumer medical costs.  And many Republicans in Congress say it’s a great idea.

Under section 1341 of Obamacare, the “transitional reinsurance” program was created as a temporary program (2014-2016) to help pay the massive costs and risks to health insurers providing coverage to sicker patients through individual plans and exchanges. Insurance companies were required to pay into a pooled fund that would be distributed to insurance plans with a large number of medical claims from sick patients than was projected when premiums were originally set. The idea behind the plan was that the payments would be used by insurers to offset unanticipated costs and thereby help to reduce patients’ monthly premiums or at least to limit increases the following years.

Will this bill help “families … suffering Obamacare’s consequences,” as Sasse said in a press release?

At a time when premiums are expected to skyrocket in November to new unaffordable heights, people who have struggle pay for health insurance and comply with the ACA law will see just the opposite. If Congress passes the Taxpayers Before Insurers Act expect to see the premiums continue to skyrocket. Apparently, that’s the goal.

And remember since this measure requires the funds to go to the general treasury, if this bill passes, the Republican Congress will have enacted its first tax hike — one of its own choosing.

Let’s be clear: The bill doesn’t put taxpayers first, it demands that money in the reimbursement fund, collected solely from insurers, be directed to the U.S Treasury thereby making the budget deficit appear to be smaller. There is no plan to offset or reduce spending in other areas as a result of getting these additional funds. In fact, the real plan is to starve Obamacare. This is Washington at its finest. Try to kill Obamacare and destroy the household budgets of hundreds of thousands of Americans in the process and then declare you’ve reduced the deficit.

Section 1341 is funded 100 percent  by privately run health care companies. Instead of Republicans in Congress doing what they’ve pledged to do since 2011, which is repeal Obamacare outright, Sasse and Walker want to mimic Democrats with a plan that will by grow the federal budget and raise taxes. Not only does their bill fuel big government and amount to essentially a corporate health tax, it harms Americans. More Americans will be forced to drop their coverage as premiums spike and insurance companies will offer even narrower networks so that even those who continue paying elevated premiums will see their care levels decline.

Obamacare is a bad law but penalizing hard working, law-abiding Americans’ already tight household budget with higher premiums and fewer service networks defies conservative principles! Fleecing the American people in favor of directing funds to Washington bureaucrats at Treasury is “cheating taxpayers.” Republicans in Congress need to come up with a better prescription to rid America of Obamacare once and for all.  But raiding Americans already thin wallets and jeopardizing their “care” isn’t the way.

Crystal Wright is author of the book “Con Job: How Democrats Gave Us Crime, Sanctuary Cities, Abortion Profiteering, and Racial Division” and a political commentator.