Freedom Centers Defending Freedom GOP needs to have a serious debate about National ...

GOP needs to have a serious debate about National Security 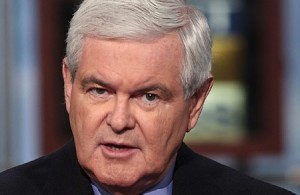 NEWT GINGRICH: The Republican Party needs a debate on national security. The strategy we’ve followed over the last 10 years did not work. In the end, Iraq is a disaster, Iran is stronger than it was a decade ago. The fact is that Afghanistan’s going to turn out to be a disaster. Pakistan is in greater danger than it was 10 years ago. If you look at the number of prison breaks in the last 30 days: In Libya, over a thousand people. In Iraq, two major prisons, over 500 people. In Pakistan, I think over 350 people. These are all al-Qaeda operatives, and I think anybody who doesn’t believe this has consequences is very foolish. Nobody in our party’s had the courage to say — and Rand Paul’s come the closest, I think partially because of his father’s background, but partially because he doesn’t have an emotional investment in the old order. Republicans have a real obligation to ask themselves the question, aren’t there some pretty painful lessons to learn from the last 10 or 12 years? Don’t we have to confront the reality that this didn’t work as a strategy? Which is not to say that Obama’s right, and it’s not to say that Rand Paul is right.

LAURA INGRAHAM: What about Bush’s participation in all this? I mean, Bush’s last term brought us Obama and a country who is vehemently opposed to obviously staying in Afghanistan. The polls are devastating, as you know on that. And most people think we lost the war in Iraq today.

GINGRICH: I think when I said the last 10 or 12 years I included Bush. And that’s why nobody wants to have this discussion. Look, I’m a conservative, I am generally speaking a hawk, I was for the two campaigns.

INGRAHAM: I was too.

GINGRICH: I have to look back and say the way that they were executed failed, and maybe we should have known better, those of us who supported them. I am disheartened by some people who have refused to learn anything and who run around pretending that we can somehow continue to pour resources in when it’s clear the country won’t sustain it.

INGRAHAM: So is there any big surprise in the fact that we have a lot of people out there in the Republican Party or who might be Republican to say, look, so far what I’m seeing is a lot of nothing going on on Capitol Hill, they weren’t able to defeat Obama and, meanwhile, I don’t really want to get involved in Syria. You can’t blame people for feeling that way, and that’s why Rand Paul has something of a rise today. Chris Christie, you know, being so — look, they’re both going back and forth.

GINGRICH: Trust me, Chris Christie’s only the first sign. The establishment will grow more and more hysterical the more powerful Rand Paul and Ted Cruz become, and they will gain strength as it’s obvious that they are among the few people willing to raise the right question. You don’t have to agree with their answers, but they at least have the courage to raise the right questions, and we need some politicians who have the courage to simply do what’s right and then let other consequences occur. But don’t try to be more clever than history. Don’t try to sit up there and tell me in advance, this is inevitably going to do X, Y or Z.

INGRAHAM: The last person to successfully challenge the GOP establishment was Ronald Reagan. And the establishment, they want to put these two down quickly, and you’re seeing that on many issues.

GINGRICH: And I think they’re going to fail, and I consistently have been on the side of having the courage that Rand Paul and Ted Cruz have, and I think it’s sad to watch the establishment grow hysterical, but, frankly, they’re hysterical because they have no answers.