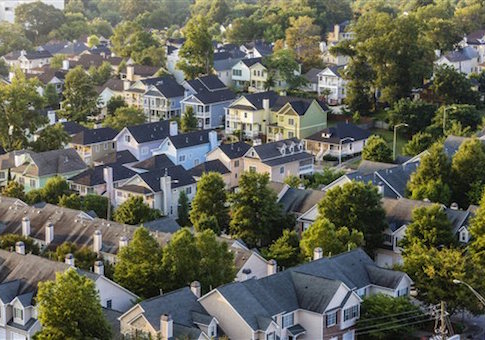 Government regulations are responsible for adding $84,671 to the final price of a new single-family home, according to a report from the National Association of Home Builders.

According to the report, regulations implemented during the lot’s development are responsible for 14.6 percent of the total, while 9.7 percent is due to costs that accrue after the builder has purchased a finished lot.

“Regulations come in many forms and can be imposed by different levels of government,” explains the report. “At the local level, jurisdictions may charge permit, hook-up, and impact fees and establish development and construction standards that either directly increase costs to builders and developers, or cause delays that translate to higher costs.”

“The federal government can also impact the price of a home—for example, by requiring permits for stormwater discharge on construction site, which may lead to delays in addition to the hard cost of filing for a permit.”

The association applied the percentage increase due to regulation to home prices from Census data and found that regulatory costs in a home went from $65,224 in April of 2011 to $84,671 in March 2016—a 29.8 percent increase.

“Builders and developers have probably not yet felt all the impacts of regulations looming on the horizon,” the report states. “EPA’s Chesapeake Bay Cleanup Plan is not only driving up development costs in the effected states but is viewed as a template for establishing more stringent standards elsewhere in the country as well.”

“The average cost of regulation embodied in a new home is rising more than twice as fast as the average American’s ability to pay for it,” explains the report.

The EPA did not have a comment on the report, nor the topic.