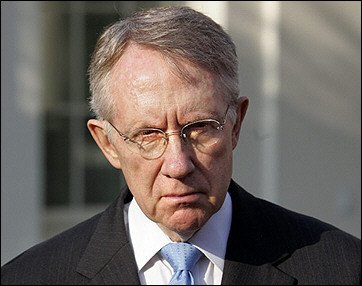 What protections are there for the tax-paying American citizen from a tyrannical bully if that bully happens to be a member of Congress using his powerful position to slander, smear and slime that citizen’s character and motives? Nothing, apparently.

When the founders included the “Speech or Debate” clause in the U.S. Constitution, they wanted to protect members of Congress from the whims of any outside tyrant who might abuse the power of his office to harass, control or destroy his political enemies.

Today, in this putrid era of Senate history, we realize it was a gross oversight that the founders did not extend such protections to ordinary private citizens from members of Congress. Even in their deep cynicism about the human nature of politicians, the founders apparently never dreamed that a man like Majority Leader Harry Reid would one day control the U.S. Senate.

The specific purpose of Article 1, Section 6, of the Constitution was to ensure that lawmakers could carry out their duties in Congress without being delayed, arrested or jailed on trumped-up charges by political enemies.

Further, “for any Speech or Debate in either House, they shall not be questioned in any other Place.”

This gave members of Congress the freedom to speak as faithfully and truthfully as they could without concern that their political enemies might later levy retribution against them. Members of Congress, in other words, were protected before, during and after any official business from the unbridled bullying of tyrants outside of Congress.

So what protections are there for the tax-paying American citizen from a tyrannical bully if that bully happens to be a member of Congress using his powerful position to slander, smear and slime that citizen’s character and motives? Nothing, apparently.

Take Charles and David Koch. They employ some 50,000 Americans and have spent hundreds of millions of dollars on charitable causes, education and political advocacy. Yet at the end of the day, the wealthy and successful brothers amount to nothing more nor nothing less than the most treasured American assets: private, taxpaying citizens.

What respect does this earn from Harry Reid, the man who once publicly expressed relief at the completion of the $621 million Capitol Visitor Center (that you paid for) because he would no longer have to “literally smell the tourists coming into the Capitol?”

It has earned the Kochs more than 100 mentions on the floor of the U.S. Senate in disjointed, confusing tirades by Mr. Reid.

He has called them “power-drunk billionaires,” accused them of lying and questioned their motives. There was a time in this country when Harry Reid would have been shot dead in a duel over less.

“It is too bad that they’re trying to buy America,” Mr. Reid said in one particularly incoherent diatribe.

“It’s time that the American people spoke out against the terrible dishonesty of these two brothers who are about as un-American as anyone I can imagine.”

Mr. Reid has smeared the Kochs with such calumny, it is a wonder the Kochs have not sued him for slander.

Oh yeah. They can’t. Because Harry Reid’s slanderous speech is protected in the well of the Senate.

Not only is Harry Reid protected by the Constitution for slandering private American citizens, he is also protected from the wrath of any other member of Congress who might want to rebuke him for such weaselly behavior. (Forgive me. I don’t mean to insult weasels.)

That is because Senate debate rules specifically prohibit any member from “directly or indirectly” suggesting another senator’s “conduct or motive unworthy or unbecoming a Senator.”

So Harry Reid is above the law when he slimes the Kochs from the belly of Congress and he is cocooned in protection from being justifiably slimed by others.

Is there any description for this truly dishonest, un-American, treasonous conduct other than “cowardly bully?”

For some time now, people in the corridors of Congress and outside observers have increasingly wondered whether Harry Reid is going insane. Is he losing his mind? Is he in the grips of dementia?

If so, I hope to be forgiven for my harsh assessments of a sick man.

But you know what is even scarier than a crazed, power-drunk lunatic abusing his high office to torment private American citizens? That there are 54 other duly elected senators who again and again vote to make Harry Reid one of the most powerful men in the world.

Charles Hurt is a staff writer for the Washington Times.