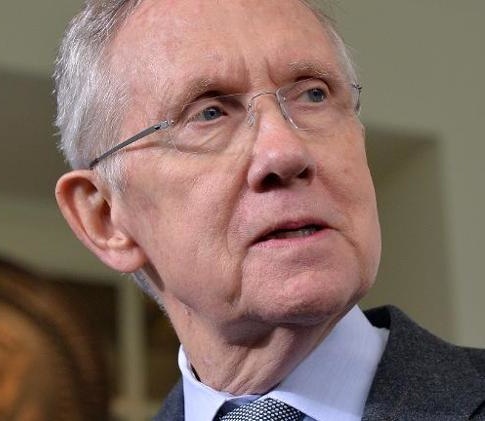 But the Senate will have almost no time to do anything. “Following the August recess, we’re going to be here for two weeks and two days,” Majority Leader Harry Reid told colleagues before the break, according to an account in The Hill. “That’s not a lot of time for the workload we have to do.”

After those two weeks and two days — Reid wants to close up shop by Sept. 23 — senators will head to their home states so that those up for re-election will have time to campaign. And that will be it, as far as any Senate action is concerned, until after voters go to the polls.

It’s certainly normal for lawmakers to go home in election years. What is striking about the coming session is that Reid has decided to devote as much as half of the Senate’s precious time in Washington to a measure that has no chance — absolutely zero chance — of passing.

Reid has decreed that the Senate’s first order of legislative business will be a proposed constitutional amendment that would give Congress the power to regulate every dollar raised and every dollar spent by every political campaign in America.

Put aside the merits — or lack of them — of this particular proposal. Amending the Constitution requires a two-thirds vote in both House and Senate, plus ratification by three-quarters of the states. This particular amendment, supported mostly by progressive Democrats, won’t even get past the first step. So why would Reid devote precious time to an entirely futile exercise?

Because the Senate’s brief two weeks in Washington are all about the campaign to come.

In recent months, Reid has used the proposed amendment as a way to bash the Koch brothers, the billionaires who fund a number of conservative and libertarian political causes. Some strategists believe villainizing the Kochs will allow Democratic candidates not only to associate Republican opponents with the villains, but also to use the Kochs as a symbol for economic inequality and blame Republicans for the nation’s economic woes.

But because of the special nature of constitutional amendments, the coming Senate debate could play out more as a time waster than a serious policy discussion.

Unlike an ordinary bill, a constitutional amendment requires 67 votes to pass. So far, the campaign finance amendment doesn’t even have the support of all of the Senate’s 55 Democrats, and no Republican has come out in favor of it. Even if every Democrat voted for it, it would fall far short of passage.

It’s rare for a Majority Leader to propose a measure he knows has zero chance of passing; that alone suggests the fundamentally political nature of Reid’s strategy. The debate will likely unfold in several time-consuming steps:

The first action Reid has scheduled for next week is a cloture vote on whether to even begin considering the amendment. Republicans could filibuster the measure, which would stop it and allow the Senate to move on to move meaningful matters. But that would allow Democrats to accuse the GOP of obstructionism. So Republicans will likely allow the amendment to go forward.

A long debate will then ensue in which Democrats denounce the Kochs and “corporate money” and Republicans argue the amendment would abridge First Amendment rights. After an extended back-and-forth, there will be another vote, this time on whether to end debate. Again, Republicans don’t need to use the filibuster to stop the measure, because they know it will fail in the final vote.

After more pointless debate, there will be yet another vote to move toward a final vote on the matter. If the amendment goes on to that final vote, and even if all 55 Democrats ultimately support it, it will fall a dozen votes short of passage.

And what will have been accomplished? Yes, Reid and fellow Democrats will have gotten a few more days to denounce the Kochs. But the issues the Senate might have addressed — not just government funding, but the urgent crises in Iraq and Syria, not to mention continuing problems along the U.S. southwestern border — will be squeezed into a mad, and probably unproductive, final rush. Is Reid’s anti-Koch crusade really worth it?