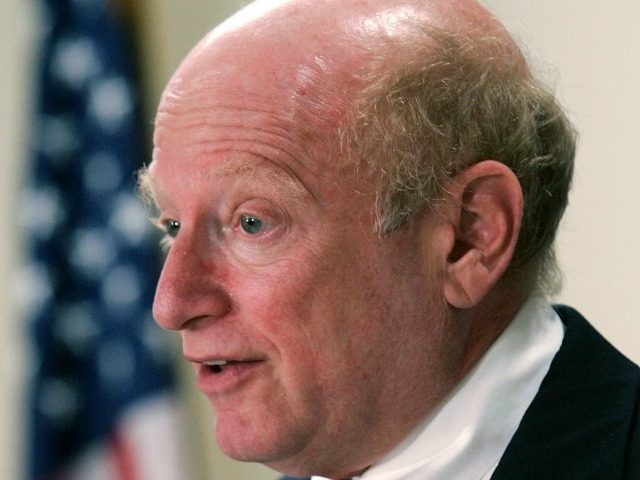 A Harvard Law professor is telling his fellow liberals that the culture wars are over and the victorious Left should treat conservative Christians the way the allies treated Germany and Japan after World War II, offering no quarter or clemency.

In an online post, the 70-year-old professor Mark Tushnet, a surviving member of the old guard of 1960s liberal elites, advises his like-minded minions to unabashedly take up “aggressively liberal positions,” because they will no longer meet resistance, especially after the death of Supreme Court Justice Antonin Scalia.

Since “they lost, we won,” Tushnet confidently announces, it is time to press the liberal advantage and abandon any defensive positions.

In his post, titled “Abandoning Defensive Crouch Liberal Constitutionalism,” Tushnet urges more radicalism, not less, insisting that now is the time to overturn “key cases” that have hindered the liberal cause.

So confident is Tushnet in his victory, that he reckons the main issue at the moment has nothing to do with military strategy, but rather how to mop up the mess and deal with the “losers” of the culture wars—America’s conservatives.

“For liberals,” Tushnet writes, “the question now is how to deal with the losers in the culture wars. That’s mostly a question of tactics. My own judgment is that taking a hard line (‘You lost, live with it’) is better than trying to accommodate the losers.”

“Trying to be nice to the losers didn’t work well after the Civil War, nor after Brown,” he notes, whereas “taking a hard line seemed to work reasonably well in Germany and Japan after 1945.”

“Tushnet blames what he calls the ‘culture wars’ on conservatives, and he says liberals should now make conservatives pay,” Ryan adds.

Tushnet argues that “when specific battles in the culture wars were being fought, it might have made sense to try to be accommodating after a local victory, because other related fights were going on, and a hard line might have stiffened the opposition in those fights. But the war’s over, and we won,” he asserts.

This means jettisoning even erstwhile allies who may have been useful for a while, but are no longer needed. Tushnet sums this up rather neatly in his pithy phrase: “fuck Anthony Kennedy.”

Placing himself firmly in the camp of the “Looney Left,” the septuagenarian professor says, “Our models are Justices William Brennan and Thurgood Marshall, not David Souter or John Marshall Harlan.” He goes so far as to suggest that liberal justice Ruth Bader Ginsburg is not liberal enough, since she has occasionally been cowed into a defensive position “in her sensitivity to the possibility of backlash.”

The curious thing about these rantings of a gray-haired establishment hippie is that they ring of desperation rather than victory. As much as he crows of having won, his words betray the insecurity of someone who knows he will die before he ever really sees the complete liberal triumph that he dreams of.

One of the oldest tricks in combat is the bluff of declaring yourself the victor, in the hope that your adversary will concede a loss.

That is not going to happen. By their very nature, conservatives invest in the long game, while Tushnet and his ilk seem to be in a terrible hurry. Yes, conservatives have lost precious ground, but the war is far from over.

For others, however, time is running out. The revolution sought by the sixties generation never quite happened the way they expected.

At least they are good enough to tell us how they would treat us if they actually won.