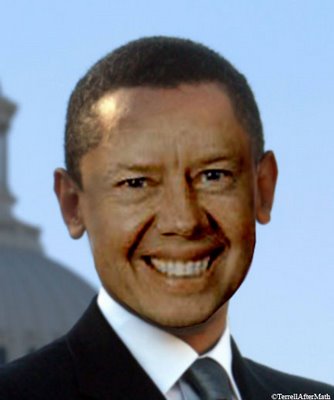 We have a president who delights in delivering partisan speeches to adoring audiences but doesn’t seem interested in whether his administration gets results.

Evidence of the astonishing incompetence of the Obama administration continues to roll in.

It started with the stimulus package. One-third of the money went to public employee union members — a political payoff not very stimulating to anyone else. Billions went to green energy loans, like the $500 million that the government lost in backing the obviously hapless Solyndra.

Infrastructure projects, which the president continues to tout, never seem to get built. He’s been talking about dredging the port of Charleston, for example, to accommodate the big container ships coming in when the Panama Canal is widened.

The canal widening is proceeding on schedule to be completed in 2014. The target date for dredging the port of Charleston: 2024.

Then there’s Obamacare. Barack Obama has already said the administration will not enforce the employer mandate, will not verify eligibility for insurance subsidies and will not require employer-provided policies to cap employees’ out-of-pocket costs.

The Constitution’s requirement that the president take care to faithfully execute the laws apparently does not apply.

Obamacare administrators continue to miss deadlines set by the health-care law — 41 of 82 of them, according to Forbes’ Avik Roy’s reading of Congressional Research Service report.

Then there’s the Dodd-Frank financial regulation law. According to the law firm Davis Polk, the administration as of July had missed 62 percent of the deadlines in that law.

All of which indicates incompetence in drafting or in implementing the legislation — likely both. We have a president who delights in delivering partisan speeches to adoring audiences but doesn’t seem interested in whether his administration gets results.

But I blame someone else, someone who has been dead these last 68 years. I blame Franklin D. Roosevelt. I blame Roosevelt for making big government look easy — and politically rewarding.

He set an example that most of his successors — Obama is just the latest — have a hard time duplicating.
Roosevelt certainly had his defects. As his best and generally admiring biographer Conrad Black notes, he was devious, largely ignorant of economics, cruel to subordinates, vacillating on many issues.

But he had a great gift for picking the right person for the right job — if he thought the job was important. For the unimportant jobs — well, anyone politically useful would do and, if the job suddenly became important, the appointee would be sent off on some diversionary errand.

Roosevelt’s knack for picking the right man (or right woman: Frances Perkins was a fine secretary of labor) is the central theme of Eric Larrabee’s wonderful 1987 book, “Commander in Chief.”

Larrabee shows how FDR selected the unflappable George Marshall to organize a vastly expanded Army, the splenetic Ernest King to lead an aggressive Navy, the grandioloquent Douglas MacArthur to dramatize the side conflict in the South Pacific and the emollient Dwight Eisenhower to hold together fractious Allied coalition forces. No other president has made such excellent military appointments right off the bat.

Roosevelt’s knack is apparent in domestic appointments, as well. He picked social worker Harry Hopkins to run a winter work relief program in late 1933. In two weeks Hopkins had 4 million on the payroll. When spring came, Roosevelt ordered the program shut down. In two weeks, the payroll was down to zero.

After that, Roosevelt trusted Hopkins to deal with political bosses — and with top-level negotiations with Winston Churchill and Josef Stalin during World War II.

Interior Secretary Harold Ickes, Hopkins’s bureaucratic rival, was a stickler for detail and scourge of graft. But he spent billions bringing in big projects under budget and on time.

FDR’s knack for choosing the right person for important jobs resulted from some unknowable combination of knowledge and intuition. It also showed an overriding concern for getting results.

It’s not clear that Barack Obama shares that determination. In his defense, he has made some high-quality appointments, and Roosevelt’s administrators did not face today’s tangle of legalistic requirements and environmental restrictions.

But New Deal legislation tended to run dozens of pages rather than thousands. And some unworkable laws were overturned by the Supreme Court.

Roosevelt’s example shines through history. But Obama’s continuing stumbles show that it’s a hard — and politically damaging — example to follow. Big government these days is harder than FDR made it look.

Michael Barone is Senior Political Analyst for the Washington Examiner, co-author of The Almanac of American Politics.