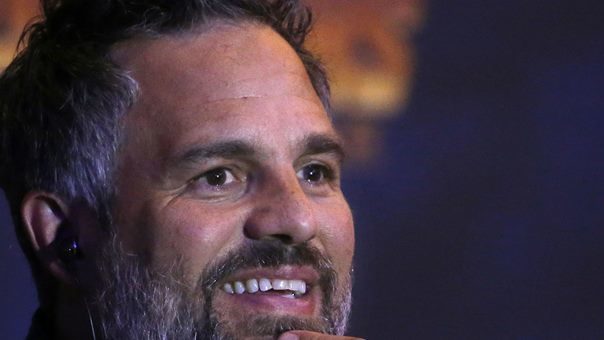 As comedian Ricky Gervais said so pointedly at the most recent Golden Globes, Hollywood is full of people with no experience in the real world who think they should tell the rest of us how to live. Movies, once our best form of entertainment, are more and more becoming reality plays intended to shape our attitudes.

A perfect example of this is Dark Waters, a film now down to about 100 screen across America in spite of an A-list cast that includes Mark Ruffalo (who also served as producer), Oscar-winner Anne Hathaway, Bill Pullman, and Tim Robbins, a liberal’s liberal probably best known as Susan Sarandon’s former longtime lover. The film’s global gross is just over $11 million according to IMDb.com which is probably less than it cost to make and market. But there are potentially billions on the line, so the folks behind it probably would think it cheap at twice the price.

The storyline – corporate lawyer becomes do-gooder battling an evil corporation secretly poisoning groundwater in the Ohio River valley – is supposedly “based on a true story.” To translate, that means everything in the movie looks like it’s true to life even if the actual facts won’t sustain the storyline.

In this case, that’s important. The chemicals talked about in the film have not been shown to be cancer-causing or toxic to humans but, because they’re widely used (in everything from the manufacture of frying pans to fire-fighting equipment) by a company with extremely deep pockets, there’s a concerted effort underway to suggest they are in order to get into court with major damage claims generating big settlements.

As we’ve seen time and again, the lion’s share of those payouts – if they happen – will go to the lawyers and politically active groups that helped push the narrative. They won’t go to the poor people whom they claim were adversely impacted by the damaged environment. For the trial lawyers and others involved, it’s their return on investment, which will do a lot to make up for the film being overlooked by the Golden Globes and the Oscars.

No one involved in Dark Waters (or any other of these new messages movies)  intended for the film to flop. It got largely positive reviews from the critics – who tend to be politically liberal, just like most of the rest of the entertainment industry – and was a boon to the folks pushing for the U.S. House of Representatives to move on legislation requiring the U.S. Environmental Protection Agency to come up with an aggressive plan for dealing with the family of chemicals labeled in the film as being so destructive despite plenty of solid science saying they’re not.

There was a time when a 126-minute, slickly produced cinematic achievement like Dark Waters would have been labeled propaganda. Now it’s just socially-conscious filmmaking, funded generously in this instance by the taxpayers. The State of Ohio provided an estimated $2.5 million in tax credits to help the film get made despite how bad it makes people living along the Ohio River look.

As study after study has shown, these special interest tax breaks rarely generate enough revenue for the state to justify them. Ohio and every other state that wants to attract filmmaking as an industry would be better off eliminating them and lowering the state income tax or some other tax rate if they’re looking to boost economic growth.

Against the advice of legendary producer Sam Goldwyn – the “G” in MGM – more and more of the film colony regard their products as an opportunity to influence the attitudes of the American public. To them, movies aren’t supposed to entertain; they’re supposed to right wrongs and address injustice. Which means the folks behind Dark Waters probably didn’t ever worry about hitting the break-even point between what they spent and what the film grossed. Its network of well-heeled, politically savvy backers likely overlooked the potential loss in order to popularize the issue and potentially taint any future jury pool in states where future lawsuits may be filed.

IndieWire may have called Dark Waters, “A didactic, sometimes listless thriller,” and the East Bay Express may have shown better judgment than some of the New York critics when it said it, “Makes for a dreary, warmed-over-Erin-Brockovich drama,” but as a tool for helping the trial bar open up new avenues to great riches, it’s a four-star effort that’s sure to launch many sequels if it works.