Freedom Centers Constitutional and Political Freedom How Does AOC Plan To Pay For Her $93 Trillion Gree ...

How Does AOC Plan To Pay For Her $93 Trillion Green New Deal? 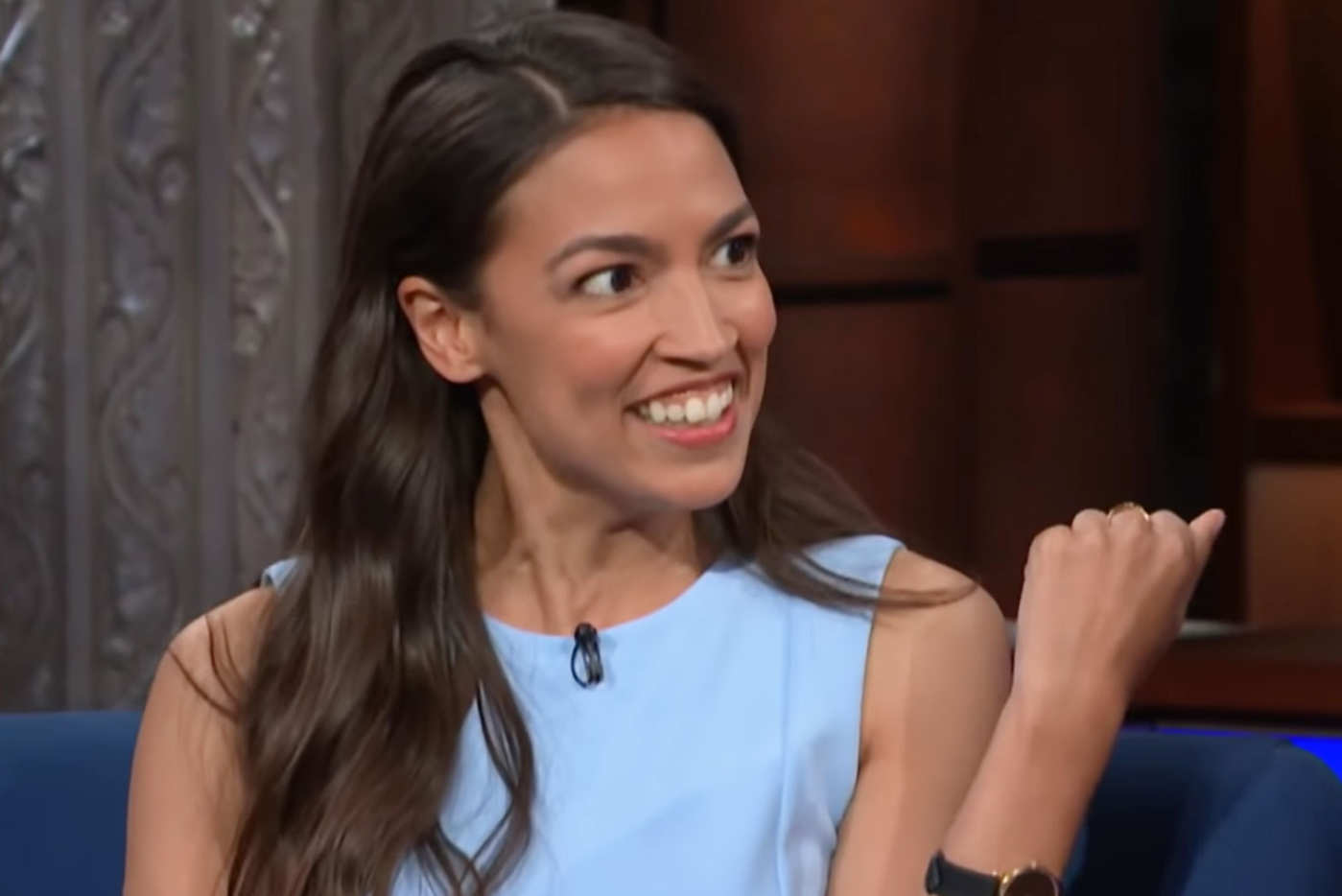 Environmentalism: Alexandria Ocasio-Cortez has declared herself “boss” of the “Green New Deal.” Maybe she can explain were the money will come from to pay its $93 trillion cost. Because taxing the rich won’t even scratch the surface.

At an event on Friday, Ocasio-Cortez complained about criticism of the Green New Deal — much of it coming from her own party — that it’s a pipe dream. Former Virginia Gov. Terry McAuliffe, for example, said that “there are things that are great goals, but are unrealistic.”

Ocasio-Cortez’s response: “Some people are like, ‘Oh, it’s unrealistic, oh it’s fake, oh it doesn’t address this little minute thing. And I’m like, ‘You try! You do it.’ ‘Cause you’re not. ‘Cause you’re not. So, until you do it, I’m the boss. How ’bout that?”

Try to do what? Come up with an equally unrealistic plan that would bankrupt the nation? Because that’s precisely what the Green New Deal would do.

A new analysis from the American Action Forum finds that the Green New Deal, as laid out by New York Rep. Ocasio-Cortez and Massachusetts Sen. Ed Markey, would cost up to $93 trillion in the first ten years.

Remember, the GND isn’t just about converting the entire U.S. energy supply to renewable energy in a decade and establishing a “zero emissions transportation system.”

Beyond the bumper-sticker labels, the grandiose plan is vague on any of the details. Still, the AAF, which is headed up by former Congressional Budget Office Director Douglas Holtz-Eakin, was able to rough out the 10-year costs for each of the proposals.

Despite the GND’s name, it’s the proposals that have nothing to do with climate change that cost the most. The price tag for a federal guaranteed jobs program could run as much as $44.6 trillion over the next decade. The “universal health care” plan? $36 trillion.

Cost Will Likely Be Higher

If anything, these are lowball estimates.

To calculate the cost of converting to 100% renewable energy, for example, the authors simply assume that no new transmission lines would be needed, and that much of the renewable energy would come from nuclear power. Neither is realistic.

The price tag for a nationwide high-speed rail system that could replace airplanes doesn’t factor in the massive cost overruns endemic to every other government infrastructure project — and which are wrecking California’s attempt to build its own bullet train.

The $36 trillion cost for “universal health care” is in line with other estimates for “Medicare for all.” And as we’ve noted in this space, those are lowball figures.

All told, the cost of the “green” part of the Green New Deal would run from $8.3 trillion to $12.3 trillion over the next 10 years, according to the AAF report. The rest of it would cost an additional $42.8 trillion to $80.6 trillion.

Let’s put this in perspective. At the low end, the GND would more than double the size of the federal government.

At the high end — roughly $9 trillion a year — even taking every single penny earned by tax filers with adjusted gross incomes over $50,000 would not be enough money to pay the costs.

Looked at another way, economists expect the entire U.S. gross domestic product over the next decade to total $266 trillion.

More Than A Third Of GDP

That means the Green New Deal would account for up to 35% of the nation’s economy from 2020 to 2029. That’s on top of existing federal government programs, which already consume more than 20% of GDP each year.

To call this “unrealistic” is the understatement of the year. It would be cataclysmic.

What’s most shocking about the Green New Deal, however, isn’t the unprecedented economic destruction it would cause. Nor is the fact that it will do nothing to prevent “climate change” from happening. Nor the fact that a 29-year-old socialist and her legions of followers think this would be neat.

What’s most shocking about the Green New Deal is that so many leading Democrats, many of whom very much hope one day to be president, are blindly embracing it.