How The CBO Saved ObamaCare With Bogus Forecasts 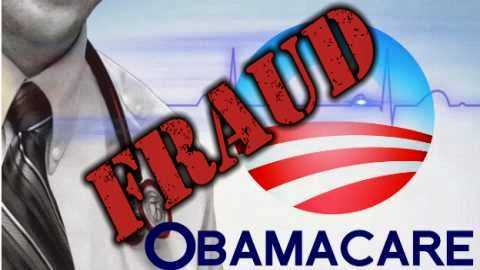 Health Reform: How do you enact a massive new program, and then keep it from being repealed after it fails? It’s simple. Just pull the numbers out of thin air. That’s basically what happened with ObamaCare.

When centrist Democrats were deciding whether to support ObamaCare in 2010, the “nonpartisan” Congressional Budget Office told them not to worry. The law, it said, would cut the deficit. It would bring 24 million people into the new ObamaCare exchanges. Subsidy costs would be modest. And the number of uninsured would fall by more than half. Those Dems signed on.

Seven years later, as centrist Republicans contemplated an ObamaCare repeal-and-replace plan, the CBO warned that doing so would boost the number of uninsured by 22 million. That scared enough Republicans away to kill the bill.

Turns out, all those forecasts were way off.

ObamaCare boosted the deficit in its first 10 years. Only 8 million, not 24 million, people enrolled in the ObamaCare exchanges. The average cost of ObamaCare subsidies is 11% higher, and the number uninsured 36% higher, than the CBO projected.

Had the CBO been better at predicting the future of health care under ObamaCare, it’s likely that Democrats would have scaled back their plans, while perhaps seeking Republican input.

Now we learn that the CBO wildly exaggerated the impact of the Republicans’ repeal effort when it said that 22 million would lose coverage as a result. Almost all that loss was from repealing the individual mandate.

CBO said 7 million people would drop out of the individual insurance market. Another 4 million would lose employer coverage. And 4 million would cancel their Medicaid — even though it’s free. All in the first year.

At the time, we argued that the CBO had hugely inflated those numbers because it vastly overestimated the effectiveness of the individual mandate.

Ironically, Republicans ended up repealing the individual mandate tax penalty, but keeping the rest of ObamaCare. So what happened?

This week, the Center for Medicare and Medicaid Services released its latest annual report on national health spending. The intrepid Philip Klein at the Washington Examiner noticed that, buried in a footnote, was a stunning rebuke of those CBO forecasts.

The report says that the mandate repeal will result in only 1.5 million dropping out of the individual insurance market, and 1 million from employer plans. CMS says Medicaid enrollment will “be unaffected.”

In other words, the CBO was off by a factor of six.

These forecasting errors don’t even rise to the “good enough for government work” level. But they were good enough to get ObamaCare on the books, and then keep it there.