Freedom Centers Uncategorized How to be Rich Without Scrooge’s Money ...

How to be Rich Without Scrooge’s Money 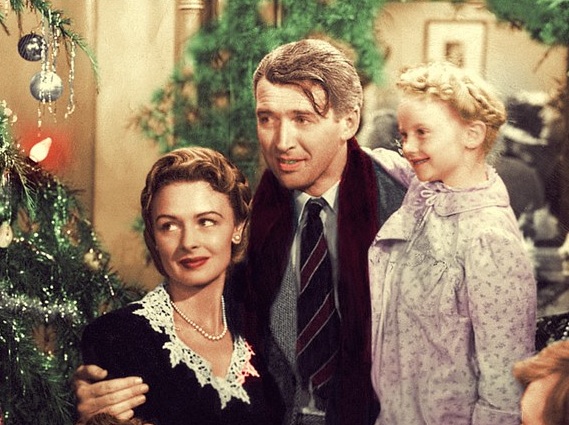 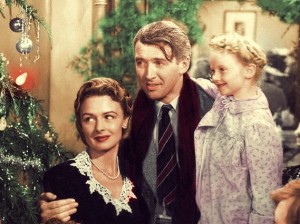 “At this season of the rolling year” every community theater in America is playing either some variant of A Christmas Carol or It’s a Wonderful Life. And that doesn’t count the 1,736 movies of one or the other of them available on television and (in a few cases) in actual theaters.

So as I take up the chains for my presentation of Marley’s Ghost in the Sugar Factory Playhouse production of The Dickens Christmas Carol Show, I am reminded of my son the philosopher’s dissection of the differences between George Bailey and Old Ebenezer, and why while we can’t be the latter, we all have it within us to be the former.

Here it is for your edification.

Christmastime spawns a certain type of movie.  You’ll be familiar with the formula: bad man acts contrary to societally-accepted norms, terrible (humorous, scary…) events transpire, bad man has change of heart and embraces all mankind (his family, his potential family…).  It’s a good formula.  It taps into very powerful archetypes.  It generates good revenue.  All of us have done bad things, and most of us want to change and become better.

Here’s my beef.  There’s one component that I forgot to mention that appears in almost all of these films: the bad man is rich.  After he changes, he is still rich, only now he gets to use his massive riches for the benefit of all mankind and not just for his personal pleasure.  This bothers me.  I find myself at the end of the movie inspired, moved, and wanting to emulate what the main character has done, but I can’t, because I am not rich.  I am changed, but whatever my will, my capacity to act in imitation of the hero remains practically nil.

I cite as a chief example the kingpin of all Christmas movies – A Christmas Carol.  You know the deal: Ebenezer Scrooge hates Christmas, the spirits scare the bejabbers out of him, and he becomes a benefactor to all mankind.  Right on the pattern.  But let’s look deeper.

First, Scrooge is spectacularly rich.  Why?  Because he is a skinflinted cheapskate.  But that’s not exactly correct, is it?  Scrooge did not acquire the money he has through extortion and blackmail; he got it through judicious investing and the performance of accounting services, and because he and his staff work harder than anyone else.  Scrooge and Marley’s is what we would today call a bank.  Apparently, it’s a good bank.  Scrooge does not donate money to the poor, and holds some fascinating (and quite insensitive) opinions of what should be done with the less fortunate.  But we are meant at every turn to despise Scrooge not because he is a cantankerous old fart but because he is a rich cantankerous old fart.  There are far less savory characters introduced in the story, including a woman that stole the silk shirt off Scrooge’s dead body, but we aren’t mad at her, because she’s poor.  Apparently it’s okay to be a skinflint as long as you don’t get rich by it.

Second, now that he’s a changed man, he can use all this loot to benefit his fellows.  This is absolutely great, and what’s more, it’s wonderful fun to watch.  This is one of the most common dreams of mankind, to become rich and use those riches to spread happiness and joy.  To his credit, Scrooge does that admirably.  But remember, folks, Scrooge can do this because he is wealthy beyond the dreams of avarice.  His nephew Fred has a generous heart but an empty wallet, and couldn’t help Tiny Tim even if he were aware of his plight.  Scrooge can.  However, would Scrooge be able to help Tiny Tim if he had always been like Fred?  Isn’t he able to keep Christmas well “starting today” only because he failed to do so for so long?  And how do I emulate this?

Let’s look at the things Scrooge does that give evidence of his change of heart.  One, he gives a lad a massive tip for performing a relatively tiny service.  Two, he buys a turkey of immense size and sends it anonymously, by cab, in the snow, to the Cratchits.  Three, he finds the charity solicitors and tells them he’s going to give them a gigantic sum.  Four, he raises Bob Cratchit’s salary.  Five, he buys coal.  Is there something in here that shows Scrooge’s change of heart that does not involve the use of his money, money which we are meant to feel he shouldn’t have accumulated?  I would personally love to do all of the things described for my employees, but I can’t.  I just don’t have the resources.  If I were to do these things, it would jeopardize the business itself.  Okay, I could probably buy coal. I’ll get right on that. And I’m already a good tipper. Somehow, though, this doesn’t satisfy.

Is this the only example of this kind of behavior?  Heavens no.  How about (just recently) Family Man (rich man finds out he’d rather have a family than money), Two Weeks’ Notice (rich man finds out that he’s happier helping other people than himself), The Santa Clause (rich executive finds out that being Santa is more fun than doing his job well), Sabrina (rich man finds out that mooning around Paris is better for his soul than making beautiful and useful things—and as an aside, don’t just see the recent one where Harrison Ford is, well, Harrison Ford, but go back to the original with Humphrey Bogart and the Immortal Audrey Hepburn.  Bogart makes a speech about the value and utility of his job that is absolutely marvelous—and one of the best defenses of market capitalism ever captured on film).  A majority of lesser Christmas films are just remakes of A Christmas Carol, and follow the same pattern.

Fortunately, there is an antidote.

It’s A Wonderful Life is the greatest Christmas movie of all time, and one of the best five movies ever of any genre.  It follows the pattern, make no mistake.  A major part of the plot is the change of heart that George Bailey undergoes.  To be sure, it isn’t the only part, because like all fantastic movies it has several subplots, but the main thrust of this movie is the pattern—but in negative.

George is a poor man who is poor because he’s spent his entire life giving money and things away to help others.  We get to see this against the backdrop of Mr. Potter (oh, Lionel Barrymore!), who is Scrooge without the spirits—and without the ethics.  George knows how to keep Christmas well because he has been doing it his entire life.  Then the crisis occurs—not to someone else (Tiny Tim, Sabrina, Charlie, a law clerk)—but to himself.  And he cannot help himself.  He has saved everyone else; himself he cannot save.  Momentarily, he becomes bitter.  Momentarily, he becomes Ray Kinsella (never noticed before how similar Field of Dreams and Wonderful Life are, did you?), and he’s asking “what’s in it for me?” and getting scant answer.

Clarence (as a delegate for God) gives him an attitude adjustment.  It’s gut-wrenching, watching George think that everything and everyone he gave his life for is gone, but it serves the required purpose of helping him see that those things are his forever, and going to jail is not the end of the world.  His heart is changed, and even though (note the contrast) he can now not do anything to help anyone else, even himself, he is now at peace in a way none of the other protagonists mentioned above can be.  They have done nothing; George has nothing left to do.

This is powerful stuff.  It solves my problem.  George is everyman; he’s not a big shot, he doesn’t live in Metropolis, he doesn’t have money or fame or super powers.  He runs a creaky little company staffed by moderately incompetent relatives and assorted hangers-on.  He’s goofy and sentimental and some days a little bitter.  Life hasn’t treated him all that well.  He’s just doing the best he can with what he has to work with, which isn’t really all that much.  But he’s tenacious.  He doesn’t give up.  He’s resourceful.  And though he may have momentarily lost perspective and forgotten a couple of important things, basically he’s as good a man as you could wish to meet.  Not later, after he’s been Scrooge for 50 years.  Right now.