Freedom Centers Constitutional and Political Freedom Howard Dean: I wonder if Obama has ‘the legal au ... 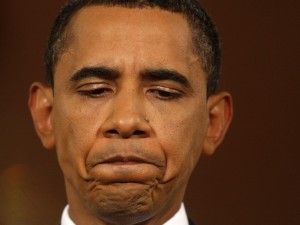 “A) I wonder he had the legal authority to do this since this was a congressional bill that set this up,” Dean said. “And B) I stick to what I said before the president came on, which is if you want to make it work, you’ve got to get people in the system. And the website is not going to work for awhile — have a call center someplace.”

Dean noted that the fifth year of a presidency is an historically bad year and, despite the low spirits among Obama supporters, things will get better.

“This will get better,” Dean added. “I mean, the fifth year is an awful year, a lot of pundits have said. It’s true. It’s a lot of piling on. I think some of his own supporters are demoralized. The website will get fixed. This will get better and Obamacare will be the law of the land and guess what? It will work.”

Editor’s Note:  This one-year “fix” isn’t a fix at all. It is simply an attempt to peal away support among Democrats in the House and the Senate who are about to vote to pass legislation to fix some of the most obvious problems with ObamaCare. But the truth is at best Obama’s proposed change will allow some people to keep their healthcare for only one year which will for Obama and the Democrats in in Congress will conveniently be after the next election. But at that time, Americans will lose their the insurance they like and be forced to accept a new and perhaps much more expensive ObamaCare plan. So Obama is still lying to the American public. He said dozens of times that if we liked our insurance policy and our doctor, we could keep them. Now even if we take him at his word on his most current promise, he is saying that we will lose our insurance plan next year, even if we like it. Plus, the reality is that people will still lose their insurance this year and next year — the one year “reprieve” isn’t a guarantee. More than 5 million Americans have already lost their plans because of ObamaCare. More will lose their insurance. Some few may receive a short reprieve based on Obama’s new promise. But it is a temporary thing only — not even designed to help regular everyday Americans, but only designed to help Democrats up for reelection this coming November. This is a shameful dodge and only extends the dishonesty.

Jeff Poor is a Media Reporter at the Daily Caller.