Freedom Centers Science and Public Policy Hurricanes And How The Left Has Politicized Even T ...

Hurricanes And How The Left Has Politicized Even The Weather 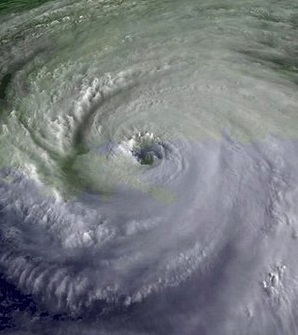 As I write this, I am on the southwest coast of Florida and the bands of Hurricane Irma are intensifying.

In my estimation, a perfect time to stress that Rush Limbaugh was well within his rights to question the motivations of some in the media and the various weather services with regard to Irma and Hurricane “forecasts,” and Hurricane “hype.”

In the past, I have equated weather “forecasters” to political pundits and economists. They all factor a great deal of guesswork into their predictions with the weather forecasters often coming up a poor third in terms of accuracy.

A number of years ago, I sat down with the general manager of a major television news station. He told me that in their own survey, viewers tuned in for “weather first, sports second, and news last.” Therefore he stressed, weather forecasters were the “cash cow” of the station.

He further explained that much of television weather forecasting was a “sham.” He said that decades ago, they would give a “one-day” forecast. But then Station B across town went to a “two-day” forecast. So then they countered with a “three-day” forecast,” until everyone went to the “useless seven-day” forecasts.

He emphasized that it was all done for reasons of competition and ratings and that with a “seven-day” forecast, the station and the networks were playing viewers for “fools,” because they normally “couldn’t even get the forecast for tomorrow correct.”

Now, going back to Rush Limbaugh, he was also entirely truthful when he stated that many on the left use hurricanes — and any tragedy that might be associated with them — to hype and push their global warming and climate change narratives.

Like the mainstream media, the entertainment industry, and academia, discrimination against conservative or even pragmatic and honest thought is in full effect when it comes to hiring meteorologists. For the most part, if you don’t worship at the altar of the “evil of man-made global warming” and political correctness, you can’t get hired at The Weather Channel, CNN, ABC, CBS, NBC or even most local television news stations.

Beyond that fact is the reality that the “forecasters” with their “European” and “American” models — as well as every other spaghetti noodle model they could slap on the screen — have been decidedly inaccurate when it came to Irma and Florida.

Are you kidding me? Just admit you don’t know what you are talking about and be done with it.

Here on the southwest coast of Florida, there was one local forecaster who was so embarrassed by the continually changing predictions, that he did just that. More than that, he admitted that the “science and our instruments were not quite there yet to accurately predict the direction or force of these hurricanes.”

A forecaster for left-leaning CNN next called the models “horrible.”

Good for them because guess what? These ultimately insulting guesswork predictions create real and hazardous consequences. Basically the entire southeast coast of Florida from Miami to Palm Beach were under mandatory evacuation. Millions of people left their homes.

An evacuation of these millions of people which caused great hardship for many — especially the elderly and the infirm — and which cost millions of taxpayer dollars to enforce.

After all of that, the southeast coast of Florida was no longer even in the projected cone of Irma as it had been moved to the west coast of the state.

Ironically — and quite dangerously — many of the people in and around Miami fled to Naples, Fla., or other cities on the west coast because the weather “experts,” “projections,” “cones,” and “spaghetti models” told them that side of the state would be much safer.

Irma did put millions of people at risk on both coasts and should have been taken very seriously. All the more reason not to guess, pretend, or lecture.

The laughingly inaccurate “models” and “cones” becoming the cruelest of jokes played on the residents of Florida desperately trying to figure out which way to run or even survive.

Ultimately, the real lessons with Irma are that weather forecasting is far from an exact science and should never be exploited for political reasons or monetary gain.

Hopefully, those on the left who control almost everything in the field of meteorology will agree with that.

If for no other reason than to put fewer lives at risk.