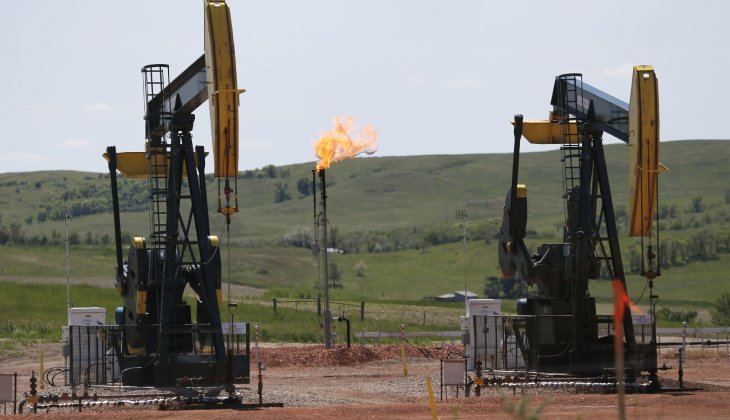 The methane restrictions for oil and gas companies proposed by the Obama administration Tuesday are just the beginning of a regulatory “tidal wave” that the industry is bracing for this fall.

The new rules for oil and gas wells proposed by the Environmental Protection Agency would limit methane from fracking sites, creating new costs that the industry says are “unnecessary.” The industry says it has reduced methane voluntarily, so why bother with regulations that would only be duplicative.

Those costs are expected to amplify considerably given that some of the rules coming down the pike are considered the most expensive in history.

The American Petroleum Institute, the National Association of Manufacturers and big business groups such as the Chamber of Commerce are gearing up for what some are calling a regulatory tsunami that will continue through the fall and next year.

The head of regulatory affairs for the American Petroleum Institute, Howard Feldman, told a group of reporters ahead of the methane rule’s release that “there is just a whole lot coming at us,” calling it a “regulatory avalanche” or a “tidal wave.”

A big one is what the industry calls the costliest rule in federal history — the regulations for smog-forming ozone emissions. The rule, once implemented, would cost the industry and the economy billions of dollars each year, equating to several trillion dollars through 2040.

Feldman and others aligned with a coalition pushing back against the rules say the proposal is nearly impossible to meet. They argue that even pristine wilderness areas, such as national parks with no industry, would not be able to comply.

The ozone rules tighten emissions from the current standard of 75 parts per billion to as low as 65 ppb, which would force nearly all areas with industry or a sizable population into a state of non-compliance, called “non-attainment.”

Non-attainment means a region cannot comply with air quality standards, which makes it subject to restrictions on transportation funds from the government, thereby limiting investment in growing urban centers such as Washington, the U.S. Chamber argues.

Feldman said “non-attainment means non-investment.” He said the industry doesn’t want to set up shop in those areas because they are subject to strict limits that make it more expensive to work and function. It’s a “much more difficult process,” he says.

The industry wants the EPA to rescind the proposed 65 ppb ozone rule and keep the current 2008 standard, which many areas of country are still trying to meet. Feldman said “ozone has clearly declined,” but maybe not in a timeframe that the Obama administration had envisioned.

He noted that some regions are just coming into attainment with the 1997 ozone rules, so there is no need to rush into another more stringent regime.

The second rule in the tidal wave scenario is what the EPA proposed on Tuesday, methane limits for new oil and gas wells and related facilities. Feldman says the big oil group has been meeting with EPA officials and White House staff to discuss the structure of the regulations.

The industry wants a rule that regulates only pollutants called volatile organic compounds, which are the building blocks of ozone, while not imposing new limits on methane gas that leaks from pipes and well facilities. Feldman says regulating methane is unnecessary because the industry has reduced emissions at record levels through good business practices and upgrades to existing well and pipeline systems.

But the EPA didn’t go the industry’s way on Tuesday. Instead, the agency proposed to regulate both VOCs and methane from new wells, while hinting that it may eventually include other regulations for existing wells.

Other rules and programs facing the industry include:

• The “Methane Challenge:” a voluntary program that the EPA says “is an integral part of the EPA’s — and the administration’s — ongoing commitment to address methane emissions and global climate change.” The industry was originally slated to weigh in on proposed guidelines for data sharing under the program by Sept. 1. Feldman thinks the deadline for that rule “will slip,” which should move back implementation. The petroleum institute has said it would weigh the benefits and costs of participating in the program before supporting it.

• New refinery rule for toxic air pollutants: This is a costly rule that is slated to be made final by the end of September. Feldman calls it the “$20 billion” rule because of the substantial costs, which are estimated to exceed $20 billion. The rule would force refineries to use costly flaring devices to comply with air pollution standards, which the industry says would inadvertently drive up emissions linked to global warming.

• A methane venting and flaring rule for drillers goes to the White House for review in September: The rule is being developed jointly by the EPA and the Bureau of Land Management. Feldman says the industry thinks this would best be dealt through a voluntary program and not strict regulations to limit flaring. States argue that the rules would help recover methane, instead of burning it off. Methane is worth millions of dollars in royalty payments if not flared.