Freedom Centers Constitutional and Political Freedom Iran and Syria team up again to undermine peace in ... 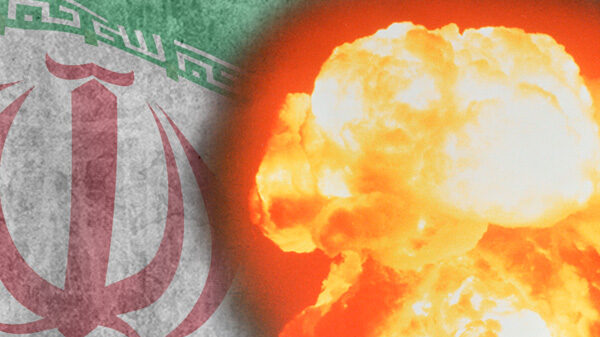 On July 8, 2020, Syrian and Iranian forces reached a military cooperation agreement, helping Assad procure Iranian missile defense systems to force out foreign troops who are “illegally present in Syria.” The agreement comes a week after Iranian President, Hassan Rouhani, held a virtual summit between Russia and Turkey concerning the sovereignty of Syria and the Assad regime. Tensions between Turkey and Syria burgeoned in March when Erdogan invaded North-West Syria to allegedly create a refugee buffer between the two nations. Increased cooperation amongst Syria, Iran, and Russia present a strong enough force to threaten Turkey’s positions in Idlib and should concern American officials.

The military agreement continues Iran’s determined effort to clash with American foreign policy in the region. Just last week, US forces intercepted an Iranian shipment of advanced military weapons intended to rearm Houthi rebels in Yemen, breaking a UN arms embargo. Iran has coaxingly purported its destabilizing practices in guise of state-sovereignty and unity amongst de facto regimes across the Near-East for decades.

Procuring defense systems from Iran breathes fresh air into Assad’s conflict in Syria and continues efforts to eradicate anti-regime rhetoric and bolster his efforts to counter Erdogan’s advance on his Northern border. Both Syrian Defense Minister, Ali Abdullah Ayyoub, and Chief of Staff for the Armed Forces of the Islamic Republic of Iran, Mohammad Bagheri, delivered remarks to the media.

The officials stated that “foreign forces who entered the country illegally [need to leave].” The Syria Defense Minister went on to say that “If the American administrations were able to subjugate Syria, Iran, and the axis of resistance, they would not be delayed for a moment.”

Tensions between NATO allies and the axis of powers, ironically declared by Ayyoub, began to erupt in February. Turkish Defense Minister Hulusi Akar told reporters back in March that Turkish forces had neutralized over 3,000 Syrian soldiers and militia. The military engagements were a part of Turkey’s Operation Spring Shield, beginning on March 1st, which is largely a response to Syrian aggression against the Turkish military while it continues to protect 3.5 million refugees.

The Syrian Observatory for Human Rights has claimed that more than 370,000 people have been killed since anti-Assad protests erupted in Syria on March 15, 2011 and has been the territorial battleground for a plethora of belligerent actors including Iran. Allowing Iran to provide arms to any conflict should be disallowed, primarily because of its grave history of many human rights violations and lack of care for individual civilians. Not too long ago, an Iranian backed militia attacked the United States Embassy in Baghdad chanting “death to America.” President Trump’s response was to order a drone strike against Qasem Soleimani, who had been an active agent in the Iraqi war and Syria, and was the mastermind behind future embassy attacks.

The Department of Defense issued a press release stating that “Soleimani [was] responsible for the deaths of hundreds of American and coalition service members and the wounding of thousands more.” The decision to counter Soleimani’s terror in the Middle-East with a show of direct force is in sharp contrast to previous administrations who did not dare provoke Iranian aggression. The United States should continue direct actions that prevent Iran’s dealing with Venezuela as well as stifling economic opportunities for the nation which seeks to undermine peace and prosperity throughout the globe. There is an opportunity for the United States to stand firm in its resolve to publicly denounce any Iranian and Syrian cooperation and confront its enemies with episodes of direct force.

Avoiding war with Iran has been America’s apparent goal over the course of the last decade. The Trump Administration’s new tough stance on Iran, has displayed Iran’s weak and limited counter efforts in the midst of tough military and economic actions from the United States. This, in comparison to allowing Iran to freely promote its global ambitions to undermine Western forms of society and harmony, demonstrates the massive capabilities of a foreign policy with teeth. The Administration should continue to seek legal reprisal for Iranian illegal activities and denounce arms deals between Iran and any nation, including Syria, Yemen Houthi, China, and Russia.