Freedom Centers Uncategorized Is there any silver lining to this pandemic? ...

Is there any silver lining to this pandemic? 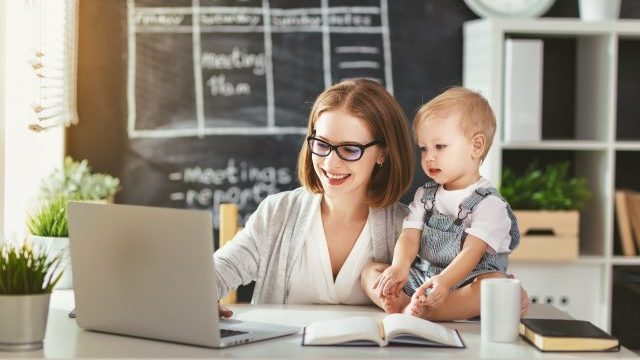 As we ponder our suddenly isolated lives, we begin searching for some benefits which may come from it all – besides, of course, the major value if we escape catching a very unpleasant disease. Some things are happening which can easily become a trend. The most obvious is the notable increase in online shopping. This was already a trend, but it may be significantly accelerated by this crisis, as a whole new population tries shopping online for the first time. The same is true of home delivery, which is a major requirement of home shopping. What is happening now, however, is the sudden spread of delivery services for restaurants and grocery stores, which started, to be sure, before this pandemic was even thought of. Nevertheless, we are seeing a major up-tick in food delivery services.

The same can be said of distance education. Never in a hundred years would public schools have participated in the development and internet delivery of K-12 schooling on a voluntary basis. The “shelter-in-place” along with the closing of so many schools has forced their hand. Once they have experience with teacher-assisted home schooling, however, they may take steps in that direction, certainly urged on by parents, especially in rural and inner city areas. It reminds us of the grand ideas of the early pioneers of educational TV who had the same idea. While they had limited success with classroom based television, it was not enough to impact the roles and structure of the school. It will be interesting to see whether this crisis ends up affecting real changes.

Working from home is a similar example. Futurist Alvin Toffler wrote in his 1970 book, Future Shock, that the time would come when electronically-enabled communication would lead to work-from-home employment on such a scale that it would eventually lead to solving the problems of overpopulation in the major cities. People would have the preference of living wherever they wished, which, he predicted, would often be smaller towns, cities, and farms – and that was before the internet! In the fifty years since, the technology has appeared and so has work-from-home, though not to the extent of lessening the population of cities. Perhaps the combination of the “green movement” and the pandemic will move Toffler’s vision along toward fulfillment.

Speaking of overpopulation of cities, what is the major complaint of city-dwellers? In most of urban America, the most frequent complaint is the traffic and the difficulty of getting from place to place. One effect of this concentration of commerce is the continually escalating cost of housing. The costs of housing gradually displace workers from housing altogether and causes the homeless problems that are found in many large cities. Certainly, Toffler’s solution would alleviate the problems as well as decrease CO2 emissions that the climate movement is so worried about. A lot of people are experiencing work-from-home for the first time, as are managers and business owners. There may be some changes made.

Needles to say, the cost of living in many US areas acts as a constant pressure affecting many social trends. For example, the high cost of living necessitates many families’ need to have two wage earners in any family, especially those with children. Parents who might prefer staying home to be firsthand observers of their children’s growing up do not have that choice. Non-farmer fathers had to give up that privilege centuries ago, mothers for the past 50 years or so. An employment situation which radically reduced the need to work in an office or factory would allow employees to choose places to live with substantially lower cost of living and therefore offer more personal choices of lifestyle and how to spend their time.

One impact of a work-from-home economy would involve a wider use of the technologies which already exist, which in turn would spur an even greater round of innovation and discovery. Home productivity might even divert some of our greatest talent away from t=weapons and into education, medicine and other peaceful pursuits. Free time also is a great stimulant to creativity. Wouldn’t it be great to spend our commuter time on something more productive, maybe even fun?

Then there is the whole idea of community. So much of people’s lives today is spent in self-imposed isolation. For example, it is now an American custom for adult children to “leave the nest”, frequently to live alone, some for the rest of their lives. Gone are the times when large families lived under one roof for a large portion of their lives. Traditionally, Americans have viewed separation from parents as a need for personal freedom — from domineering parents, usually. But “it ain’t necessarily so”, as the song says. In other cultures, multi-generational households have survived and thrived. Loneliness, the scourge of modern times, is one problem they didn’t have. How many of the “Lone Killer” headlines have we seen in recent years?

Already, the “shelter-in-place” requirement is opening people to re-discover neighbors. Stories are beginning to surface of new relationships and alliances forming among friends, family and strangers. If, as a matter of course, we had more leisure time, perhaps we could spend some of it closer to home and come to appreciate the opportunities which surround us. In our current lifestyle, what is the most precious thing we have? That we never have enough of? The answer many people give to this question is “time”. We have been taught to work hard and long. “The last one to leave” the office or the shop is looked upon with admiration. Maybe that would and should change as we move more and more into a digital age.

It is true that technology has revolutionized communications. But perhaps the next wave will concentrate more on meaningful technologies for person-to-person interaction. Those technologies already exist – the videophone, Zoom and Skype and others – but to date they have not truly penetrated the consumer market. That may change.

In fact, this current forced quasi-imprisonment may contribute to a lot of changes – some perhaps of major benefit to us all!