Freedom Centers Economic Freedom It Doesn’t Matter How Many Americans Have Health ...

It Doesn’t Matter How Many Americans Have Health Insurance 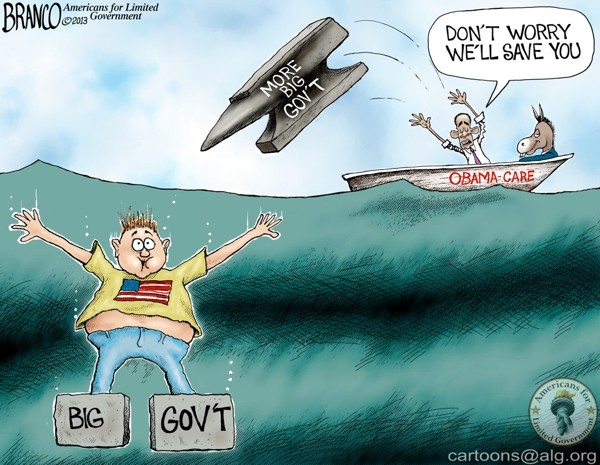 by Scott Lloyd • The Federalist

We remember the refrain from the run-up to Obamacare that 40 million Americans are without insurance, and we now have its echo in the Congressional Budget Office report that its repeal could lead to 18 million uninsured. Both of these figures are irrelevant.

If I have a broken leg, as a wounded person I want treatment that will heal it, and I don’t want it to ruin me financially. If I can get affordable care without health insurance, what difference is it to me that I have insurance? Similarly, if I have health insurance and the leg doesn’t get healed, or I am financially ruined, or both, what good is health insurance to me?

To discover how, we need to consider two major forces in the health-care universe that the debate has neglected thus far. The first is the role that charity can and does play in our health-care system. The second is the innovation of health-care sharing ministries.

To understand the first point, we need to look no further than St. Jude Children’s Research Hospital. St. Jude’s has been providing cutting-edge medical care to sick children for decades regardless of the ability of the children’s families to pay. This is possible because of the generosity of Americans throughout the country. If universal health insurance comes along and crowds out efforts like St. Jude’s, our country is worse off for it.

Such is the generosity of the American people that there is little danger of people dying without medical care or of being ruined financially because of it. The American people are the most charitable people in the world. Even in the absence of health insurance, the sick will be cared for in our society.

This is why it was necessary for health-care “reformers” to create a “crisis” that spoke about a lack of insurance, not care. I remember well an interview in the run-up to Obamacare that visited a charitable health-care clinic and asked people about their lack of insurance, which nicely encapsulates the entire problem with the debate. It would be much harder in American society to find people who are without health care.

It would be wiser and more efficient for the government to position itself as a promoter of and a backstop to charitable intervention on behalf the sick in our society. Governments should serve as a benefactor for the best charitable efforts, rather than their replacement, as the latter approach ensures waste and crowds out the opportunity for our society to act out of compassion.

Or People Can Create Social Insurance

The second neglected facet of this debate is health-sharing ministries, which may comprise the most efficient approach to health care. In a health-sharing ministry, participants submit their health expenses, and fellow members contribute to the expenses. Due to the size of the pool, the contributions are set. Each month members receive instructions about which bill to contribute to.

Health-sharing ministries result in more negotiation with health-care providers, fewer administrative costs, and the removal of a profit motive. In short, it may be the most efficient approach to health coverage that exists, and it results in lower costs to families who choose it. Fortunately, this model was grandfathered into Obamacare, and it should be expanded in the reality that follows it.

Big changes to the health-care system are ahead, for sure. An approach that focuses on insurance instead of care misses the point, and could end up undervaluing charitable and faith-based efforts that could provide for millions.

Scott Lloyd is an attorney who works on policy related to health, family, and religious liberty. He lives in Virginia.