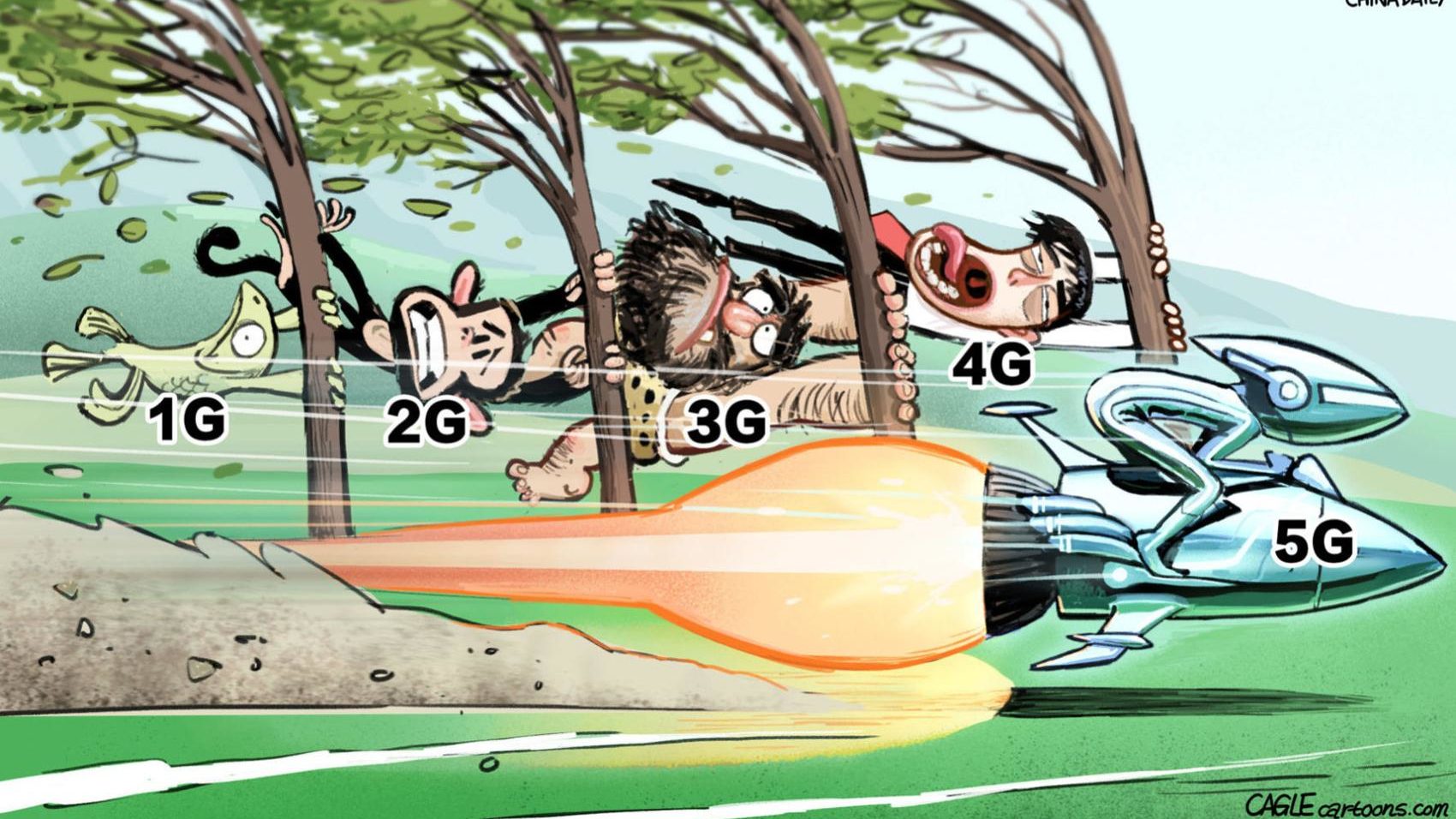 Washington, DC — The race to the 5G generation of telecommunications technology is on. By 2035 it will be responsible for more than $13 trillion in global economic output.

The nation getting the best technology to market the quickest will enjoy an incredible competitive advantage. For America to produce the first fully functional 5G network involves many things that must happen. The development of the hardware that will make things happen and the writing of software to control it all is only part. Anything operating wirelessly, as many of these new applications will, needs enough clean spectrum to carry the load.

Without it, the U.S. will end behind the Chinese and others who are already clearing the midrange C-Band to deploy 5G. In the U.S, that space is occupied, allocated to satellite companies who are using it, putting the issue before the U.S. Federal Communications Commission, which has regulatory authority over the spectrum.

The chairman of the FCC, Ajit Pai, has been a real leader in the campaign to keep the government from doing anything stupid that would slow the evolution of the Internet or hamper the technological progress needed to support it. Late last week, he announced his proposal for dealing with the C-Band issue so the folks prepared to use it for the next level of what cyberspace can do can get it, and the folks who have it can be compensated adequately.

To remove the potential roadblock to progress, the companies who’ve already made investments in the C-Band space need to be compensated fairly and have their relocation costs addressed. We’re talking of course about a communal public asset regulated by the government, but that doesn’t mean the feds can just take it back because it wants it for something else. “It’s only fair,” Pai said while revealing his plan, “that every single reasonable cost should be covered. So, under my draft rules, the winning bidders in the C-band auction would be required to reimburse satellite operators for their reasonable relocation costs.”

Some in Congress are also trying to make sure compensation happens, but on the cheap. Louisiana GOP Sen. John Kennedy’s SMART Act that would delay an FCC auction and, unintentionally to be sure, give the Chinese time to take a great leap forward on 5G faster than America can. His bill allocates just $5 billion in reimbursements to the companies involved as incentive to relocate to another part of the spectrum and grants them no more than a $1 billion share in the revenues the auction is sure to generate.

As an incentive to cooperate rather than sue, that’s not much. Even Kennedy admits the auction could generate $60 billion in revenues — and that’s probably a low estimate. A $5 or $6 billion buy-out of a 40-year, $50 billion investment in building out C-Band based businesses that currently provide content to 120 million U.S. households just won’t cut it.

Some folks say the push for a more realistic incentive is merely crony capitalism. That’s not so, and the people saying it is are trying to manipulate the opinions of President Donald Trump and his supporters. The SMART Act undermines U.S. technology innovation and investment because it signals to the marketplace that private companies cannot be sure their capital spending in government-regulated space is safe from federal confiscation sometime in the future if needs change or political winds shift.

The commission’s scheduled to take up Chairman Pai’s proposal on February 28. So far, under his leadership, it’s been doing a lot of good things. The Pai-led FCC has been protecting a huge percentage of the economic growth that’s occurred in the U.S. economy over the last several years. And we’ll all benefit if his colleagues stand with him regarding what’s to happen with the C-Band spectrum. Trillions in future economic growth are at stake. He’s found a way to thread the needle and keep everyone, the people to whom it is licensed and the people who want it, happy. If his proposal fails, or of the Kennedy plan is adopted by Congress, the whole thing almost surely ends up in litigation for years as someone else, probably the Chinese, take control of the world’s telecommunications sector.

We don’t have forever. We must move fast. We need the private sector to lead the way to U.S. dominance in 5G. The federal government can’t do it fast enough to beat the Chinese. President Trump and Chairman Pai need to offer a fair deal with real incentives from which the taxpayers will ultimately benefit because of the jobs and wealth a 5G global network led by America will produce for us.

Think of it as keeping America’s telecom sector great!