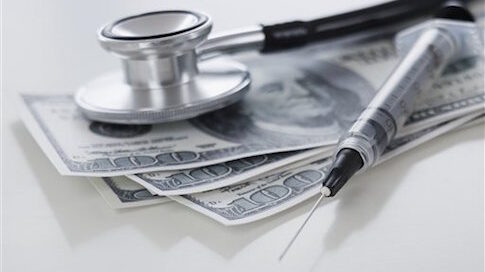 President Trump has done a lot in his first term to strengthen the U.S. Economy, make America more competitive, and bring good paying jobs back to America. As a result, before the Chinese COVID pandemic and the almost complete economic shutdown imposed by various governors and mayors, Americans saw their wages on the rise at record levels and had record high employment opportunities. So President Trump gets high marks for his work on the economy and understanding market forces. But I am concerned that his administration’s “most favored nation” executive order, which would impose an international pricing index on medicines and drugs in Medicare Part B, is a huge mistake and will do a great deal of harm both to our economy and to those who suffer from illness and disease and are in need of cures.

Most of the nations that would be used in the international pricing index have socialized medicine. So, effectively such an approach would simply import an element of socialized medicine to America. President Trump has wisely opposed attempts to socialize our medical industry.

It is worth noting that the U.S. is the unchallenged world leader in the development of new, innovative, and life-saving medicines. There is a reason for this, and it isn’t because all the smart medical minds are born in America. We are the world’s leader in innovation because our system of intellectual property makes it potentially profitable to invest millions and even billions into research to develop new devices, processes, and medicines. Most medicines cost hundreds of millions of dollars to develop. Some work and provide miracle cures. Some don’t pan out. But that investment has to be recovered at some point. That’s simply how reality works.

If you’re going to invest and risk millions of dollars trying to develop something new and innovative, you want to know that if you’re successful, you can get your investment back over time when the new product is sold to the public.

If government makes it clear to those who do such research that the law will not permit them to recover their investment, that needed research will come to an effective end. Then we will see far fewer innovative cures that save and improve lives in the future. Who pays the cost of that policy?  Everyone who at some point during their life becomes sick, needs medical help, and hopes not to live a diminished life or even worse, die. People who are suffering and dying of terrible diseases will be left to suffer and die because government de-incentivized medical research that could have treated them.

Many of the nations that would be used in the international pricing index tell American drug manufacturers what they will pay and typically demand prices well below the costs of developing the medicine. Often, they are only willing to pay the cost of producing the pill, but won’t accept paying for the full research and development that made the pill possible.

Why do American firms sell to them given the legal plunder that these governments engage in? Because often if they don’t sell at the demanded price, they are told they cannot sell any medicine in that nation. So in effect, these foreign governments engage in legalized robbery or blackmail of American pharmaceutical firms. That leaves Americans to pay the full cost of the research and development. And it is one of the big reasons Americans pay more for medicines than Europeans. Simply stated, Europe cheats and steals.

President Trump has worked hard to be sure that Americans are treated fairly in the trade agreements that he has negotiated. As a result, we see a resurgence in American manufacturing and good paying American jobs. The administration should use trade agreements to require developed nations — like those in Europe — to pay their fair share for the medicines they use.

If developed nations are paying their fair share of the research and development costs, Americans won’t be forced to bear the full cost. So if you want to have lower cost medicine and lots of future new and innovative medicines and cures, forcing developed nations to pay their fair share is a much better approach than importing their incentive-killing socialized medicine tactics.

I encourage the administration to continue to use trade agreements as a way to make sure that Americans are not cheated and robbed by other nations. This is a win-win approach. We will get the benefit of less costly medicines and we will get the benefit of a system that incentivizes innovation and research into new cures and medicines. This will save American dollars and lives! That is a policy that we can all get behind!