Freedom Centers Constitutional and Political Freedom Let’s Rediscover Our Individual Rights To So ...

Let’s Rediscover Our Individual Rights To Solve Our Political Polarization 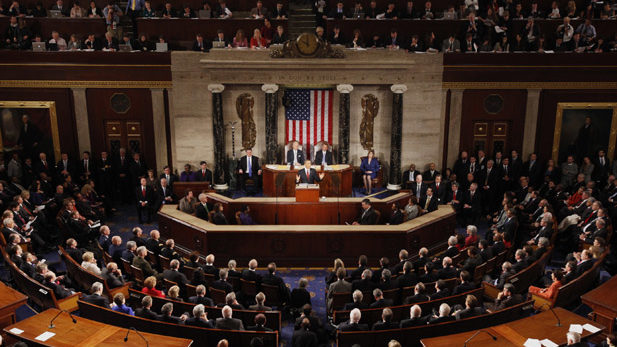 As modern Americans, we have inherited the most significant philosophic and political revolution in the history of the World. That very revolution gave rise to a government that established a meticulously-calibrated system of checks and balances and important protections for individual liberty.

However, with the highly partisan and ideological rhetoric of today’s political rhetoric. The stability and harmony our government was designed to foster can seem under attack. The last time that Americans seemed to be this divided ideologically was during the Civil War.

Nevertheless, despite the ideological differences, we are still more united than divided. We may have varying individual opinions on particular issues, party affiliations, and ideologies, but we all agree that our rights as Americans must be preserved, protected, and defended. Many times we just don’t see eye to eye on how best go about reaching these rights.

But as long as we respect our opponents’ intentions, we all should celebrate and not balk at disagreement.

Let us not forget that before anything else, the United States was instituted as an experiment in individual liberty. Examine some of King George III’s actions that ultimately led to the American Revolution, as Thomas Jefferson laid out in the Declaration of Independence.

Many of the issues below are still present today:

The King levied taxes on Americans without their consent. Currently people and businesses across the United States face ill-advised government policies, taxes, and regulations on a daily basis.

Along with Parliament, the King legislated upon Americans in every aspect of their lives. The modern Administrative State is threatening to do the same, with the will of bureaucrats taking precedence over the will of the people.

The King established a bureaucracy that hounded Americans and violated their property rights. The modern bureaucracy continues to subject Americans to this kind of harassment on a daily basis.

The King also denied people accused of crimes the due process of law. Countless people are being deprived of basic due process and subjected to excessive punishments under the modern criminal justice system.

And finally, for years King George III ignored pleas of Americans for relief. The people need to take action with the courts or in the court of public opinion when the government no longer lends them an ear.

Despite all of our differences, we Americans agree on far more than we disagree.

Regardless of our political leanings, protecting individual liberty remains the story of the United States of America. We all want to safeguard the rights of everyone to ensure that they can fulfil their potential and enjoy all the benefits of participating in our inimitable American system.

We will only be able to rise above our evident differences and unite under our shared principles and destiny as Americans if we can learn to assume each other’s motives, respect one another’s sincerity, and acknowledge that we do agree on certain profound ideals.