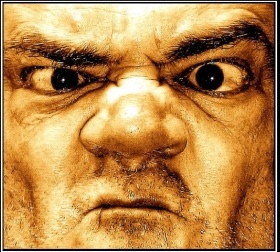 Conservatives who enter progressive domains like the academy or elite media are quite familiar with the idea of tolerance. Such institutions place an enormous amount of emphasis on it, in fact, so much so that they reserve the right to be intolerant to preserve the tolerant ethos of the community, sometimes explicitly. In one of my favorite First Amendment cases, I sued a university that declared in no uncertain terms, “Acts of intolerance will not be tolerated.”

Yes, it used those exact words. Think for a moment — isn’t every act of enforcement a new violation that requires a new act of enforcement, triggering another violation? Ah, never mind. We know what the university wanted, a catch-all provision it could use to expel, punish, and silence anyone who ran afoul of the prevailing campus orthodoxy.

But I don’t want to focus on intolerance. Let’s talk about tolerance, instead. Earlier this week I read an old post by “Scott Alexander,” a pseudonymous psychiatrist who writes at the blog Slate Star Codex. Called “I can tolerate anything except the outgroup,” it blows up the notion that the kind of inclusion the Left claims it values bears any relationship at all to true tolerance.

As Alexander notes, a person on the left will claim that they’re tolerant because of their regard for “gays, lesbians, bisexuals, asexuals, blacks, Hispanics, Asians, transgender people, and Jews.” But ask that same person a simple question, “What’s wrong with gay people?” and the answer is immediate: “What do you think I am, some kind of homophobic bigot? Of course I have nothing against gay people.”

Then, guess what, you’re not tolerating anything. You’re mistaking tolerance for fellowship or tolerance for tribalism. The word “tolerance” of course implies that there is something to tolerate.

To the very marrow of their being, they believe that they’re something they’re not. They have taken the vice of their particular brand of tribalism and transformed it into the false virtue of fake tolerance.

The result of this flawed understanding is that millions of people misapprehend their own values. To the very marrow of their being, they believe that they’re something they’re not. They have taken the vice of their particular brand of tribalism and transformed it into the false virtue of fake tolerance.

To be clear, there are some progressives who are wise to this game. They’ve read their Herbert Marcuse, and they know quite well that the new tolerance — what Marcuse called “liberating tolerance” — means “intolerance against movements from the Right and toleration of movements from the Left.” But most progressives haven’t read Marcuse. They’ve never heard of him, and they’d be shocked at the notion that one of the alleged defining characteristics of their lives is a fiction.

I’m of course thinking of all this in connection with The Atlantic’s termination of my friend and former colleague Kevin Williamson. The justification for Kevin’s firing — as repeated endlessly on Twitter — is that women don’t want to “share office space with a man who wants them dead.” There are two easy responses to this assertion.

First, it’s false. As Kevin has explained elsewhere, he’s generally against the death penalty, he’s against lynching, and he’s against ex post facto laws. So, no, women would not be sharing office space with someone who “wants them dead.”

Second, is there no appreciation for Kevin’s tolerance? He’s the son of a teen mom, born shortly before Roe v. Wade, and narrowly escaped being aborted. He’d be sharing office space with people who believe it would have been totally fine, completely morally acceptable, and possibly virtuous if a doctor had ripped him to pieces in his mother’s womb.

The bottom line is that one party in this controversy — Kevin Williamson — was willing to be tolerant. As Atlantic editor Jeffrey Goldberg related in his termination memo, Kevin had been “nothing but professional” in his interactions. In other words, Kevin had “shown kindness and respect toward members of [his] outgroup.”

But all too many progressives don’t see that. To them, there was nothing for Kevin to tolerate. Their views on abortion aren’t just tolerable, they’re glorious. They’re liberating. They’re the linchpin of the sexual revolution, the key to women’s liberation. What was intolerable was the notion that a man — no matter how courteous and professional in person — could sit next to them advocating ideas they hate.

There is a conversation to be had about whether a writer’s views should disqualify him from employment at any given magazine. Mission-driven journals, like Reason or The Nation or National Review, hire people who share and broadly advance the mission of the magazine (while of course permitting and encouraging debate from within their respective ideological camps). Journals like The Atlantic at least seem to aspire to something different. They’re left-leaning, to be sure, but do not have an explicit ideological bent. In fact, the magazine explicitly claims to be “of no party or clique” and has certainly published works from left and right. It’s printed my work, for example. I doubt The Nation would be interested in doing the same.

But in polarized times, “of no party or clique” is a hard space to occupy. It requires moral courage. It requires the ability to withstand considerable internal and external pressure. It requires the ability to treat with respect and kindness even people you might otherwise despise. The Atlantic has the right to define its own mission and message. It has the right to hire and fire writers according to their viewpoints. It’s not the government. It’s a private actor with its own rights to free speech and freedom of association.