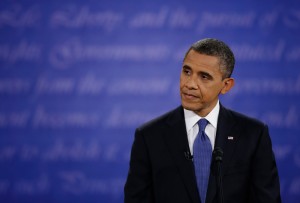 The Obama campaign claims that a Princeton economist’s findings support its assertions about Mitt Romney’s tax plan, but the economist says that’s not exactly true.

The Obama campaign wrote in a press release on Sunday, “Harvard economist Martin Feldstein and Princeton economist Harvey Rosen both concede that paying for Romney’s tax cuts would require large tax increases on families making between $100,000 and $200,000.”

Rosen’s paper did find that families making more than $100,000 per year would have to pay $81 billion more in taxes under Romney’s tax plan, a 12 percent increase. But his paper did not explicitly say whether these families, whose incomes he assumes would be rising, would actually pay a higher tax rate.

A number of analysts, including those at the Tax Policy Center, have found that Romney’s tax plan would have to raise taxes on the middle class in order to be mathematically possible. But Rosen may not be in that category. His analysis first would need to separate middle-class families from rich families for us to know.

Bonnie Kavoussi is an economics reporter at The Huffington Post.