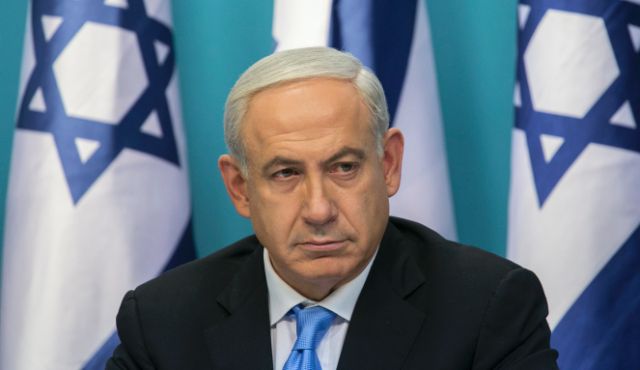 Israel is a liberal nation—in the best sense of the word—but it’s not a leftist one. And for increasing numbers of Democrats, the center-right consensus of Israeli politics is unacceptable, immoral and bigoted, incompatible with their conception of American values.

This is bad news, because Likud looks like it’s going to win around 30 seats. If the numbers hold, Benjamin Netanyahu, despite the best efforts of the president and his allies, will likely remain prime minister. Bougie Herzog will, no doubt, have a bright future in the opposition.

This wasn’t supposed to happen. Paul Krugman had already declared Likud’s impeding fall was all about inequality. (What isn’t, right?) Slate proposed that Likud’s looming death would be about housing, or maybe it was racism. Mostly, though, Netanyahu was going to lose because he has a nasty habit of challenging the progressive worldview of Barack Obama, which offends many people, according to the New York Times. And really, is there any bigger sin?

One imagines that the next 22 months will be reasonably unpleasant for the new Israeli government. Maybe it will remain hostile beyond Obama. It’s generally believed that our president’s aversion to Israel is merely a hiccup of history. The odds of the next president also undermining the Jewish State’s security seems pretty far-fetched. Yet, the ferocity in which many mainstream liberals attack the purpose of Israel’s existence you have to wonder if the alliance can avoid becoming a partisan issue.

A 2014 Pew survey found that just 39 percent of liberal Democrats are more sympathetic to Israel than to the Palestinians. Among conservative Republicans that number is 77 percent. It’s the biggest partisan gap in 40 years. Considering the coverage of the Middle East in outlets like the New York Times or MSNBC, I’m surprised it’s not worse. But for many on the Left it’s uglier than a lack of sympathy. A Likud win doesn’t only signify a temporary setback, it portends a Jewish State that will abandon democracy and force the United States to abandon it.

In the long run, a deep American alliance with the kind of garrison state Netanyahu envisions will become untenable. The only remaining diplomatic strategy will be to deepen Israel’s ties with right-wing America, whose support for Israel is not contingent upon it fulfilling its liberal, democratic ideals.

Funny, because the Right seems imbued with idealism when it comes to Israel’s role in the free world. It’s the Left that seems to believe Israel’s primary duty to the world is empowering Arabs that seek it harm.

In Slate, William Saletan (all in on the imminent Netanyahu lose just a few days ago) echoes Chait’s sentiments, claiming that Likud not only rejects autonomy for Arabs in the Palestinian territories, but that Bibi is running against the empowerment of Arabs within Israel, as well. Or as Chait put it, Netanyahu “proposes to snuff out every peaceful outlet for Arab political aspirations.”

You might find these statements awfully perplexing after you learn that the Arab Joint List—an alliance of Israel’s formerly disparate Arab political parties—finds itself the third most popular party in all of Israel. This is a historic achievement by any measure. So what has Netanyahu been doing for three terms? What kind of sloppy authoritarian state do these Jews run, anyway?

Netanyahu doubled down on anti-Arab demagoguery, continued occupation & renounced two states. He was handily rewarded by the electorate.

“Jews” is the pivotal word to remember. What set off this new round of ominous Israel concern-trolling was Netanyahu’s assertion that leftist NGOs, billionaires and consultants were making sure that “Arab voters are going to the polls in droves.”

Which was a fact.

The leadership of the Arab front has openly stated that it wanted to pull together any and all factions of Israeli Arabs, including communists and Islamists, for the single political purpose of removing Israel’s prime minister. Arab political forces are free to rally to unseat Netanyahu, free to aspire to dismantle the Jewish State, but if Netanyahu mentions any of this he’s a racist undermining Israel’s formerly pristine democracy. Or so we’re told.

In truth, any left-winger especially concerned about “democratic ideals” in Israel, might point out that if the Joint Arab List had its way there would be no democratic ideals in Israel. But that’s another story.

If Israel’s left-wing critics cared about democratic ideals they would also probably be asking Fatah to allow elections in the West Bank so everyone could see what a peaceful outlet for Arab political aspirations looks like before contemplating the creation of another Gaza. I don’t know about you, but backing another poverty-stricken theocracy doesn’t sound very liberal to me.

According to the Times of Israel, during an interview with an Israeli website, Netanyahu was asked: “If you are prime minister, there will be no Palestinian state?” He answered: “Indeed.” The rest of Netanyahu’s statement, though, goes like so: “I think anyone who is going to establish a Palestinian state and to evacuate territory is giving radical Islam a staging ground against the State of Israel.”

Whether Netanyahu, who was clearly appealing to his base, won or lost, that reality does not change. Discussions now may placate American administrations and European powers, but there no way either a left-leaning or right-leaning Israeli government, both imperfect in their own special ways, can allow such a state to exist on its borders. (And, at this point, Fatah probably can’t accept any conditions that would make any state a reality, anyway.)

None of these are new predicaments. The only thing new is Obama. If you believe protecting the legacy of a progressive American president is more important than Israel’s security, that’s your prerogative. If Israel only gets your support when the Knesset acts like the Berkeley city council, so be it. These positions, though, have nothing to do with American principles, and everything to do partisanship and ideology.