The issue is of respect for the law. For example, under federal sentencing law, specifically the Mandatory Victims Restitution Act, restitution is “mandatory” as to defendants who are sentenced for certain designated crimes. The statute, 18 U.S.C. 3663A(a)(1) begins, “Notwithstanding any other provision of law….” a defendant who is convicted of certain crimes must have a sentence of restitution imposed. In Dolan v. United States, 560 U.S. 605, the Supreme Court held in 2010 that sentencing errors or omissions that result in a failure to award restitution may later be corrected, so holding because Congress made its intent clear when it used that language, “Notwithstanding any other provision of law.”  But it appears to be the pattern and practice in the Eastern District to allow cooperators to keep the money they’ve pled guilty to stealing, in exchange for “good” cooperation.

In one case, the Felix Sater matter, Ms. Lynch’s office stands accused of having failed to notify the victims in a $40 million stock swindle – as is clearly required by the federal Crime Victims’ Rights Act, 18 U.S.C. 3771 – that a guilty plea had been obtained from one of the defendants in the case and that a sentencing agreement had been worked out. While the plea in 1998 preceded Ms. Lynch’s first tenure as the EDNY prosecutor, and the sentencing a decade later preceded her second tenure, after Ms. Lynch took office, she continued the concealment of the case, and failed to notify victims of any further proceedings in the case, notwithstanding her obligations under the CVRA. Moreover, after Ms. Lynch’s first tenure commenced, she used Mr. Sater as a cooperating witness against many co-conspirators who pled guilty, and repeatedly adjourned Mr. Sater’s sentencing, never revealing to his victims any of the proceedings, and failed to reveal to the co-conspirators, it seems, that he would be permitted to keep the money he stole in exchange for his cooperation, implicating, of course, grave issues of prosecutorial misconduct – to wit, the failure to disclose Brady materials.

According to an investigation conducted by the Washington Times’ Jim McElhatton, Mr. Sater’s plea resulted in a minimal fine, no order of restitution, and no incarceration. If the victims in this case had been given proper notice — indeed any notice, again as required by law under the CVRA — that a settlement was in the offing they would have had the opportunity to find representation, submit restitution claims, seek recompense from the defendant and insure justice was done.

None of this occurred. Further, when news of the deal began to leak, Ms. Lynch’s office (during her tenure) took what appear to be extraordinary steps to keep the whole business under wraps. If her office cut secret, sweetheart deals with cooperative defendants that allowed them to profit from their crimes, while depriving victims of their legal right to pursue the recovery of losses, then she has violated the law in the name of enforcing it. The failure to order restitution is now a matter of public record, yet Ms. Lynch’s office has still not sought to have Mr. Sater resentenced to make restitution to the victims, as Dolan v. United States permits.

We ask that you to take the opportunity to use her confirmation hearing to raise this issue with her. If a satisfactory explanation cannot be found and if, indeed, she admits that her office deliberately and knowing ignored the requirements of federal law to secure a conviction and that they then obstructed efforts to keep that information from coming to light the committee needs to consider long and hard her fitness to lead the United States Department of Justice. 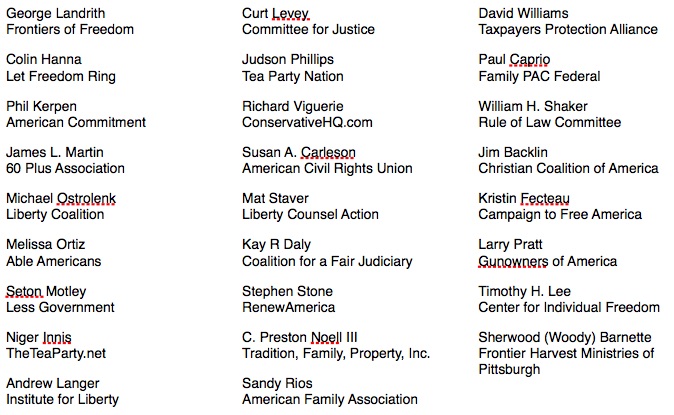