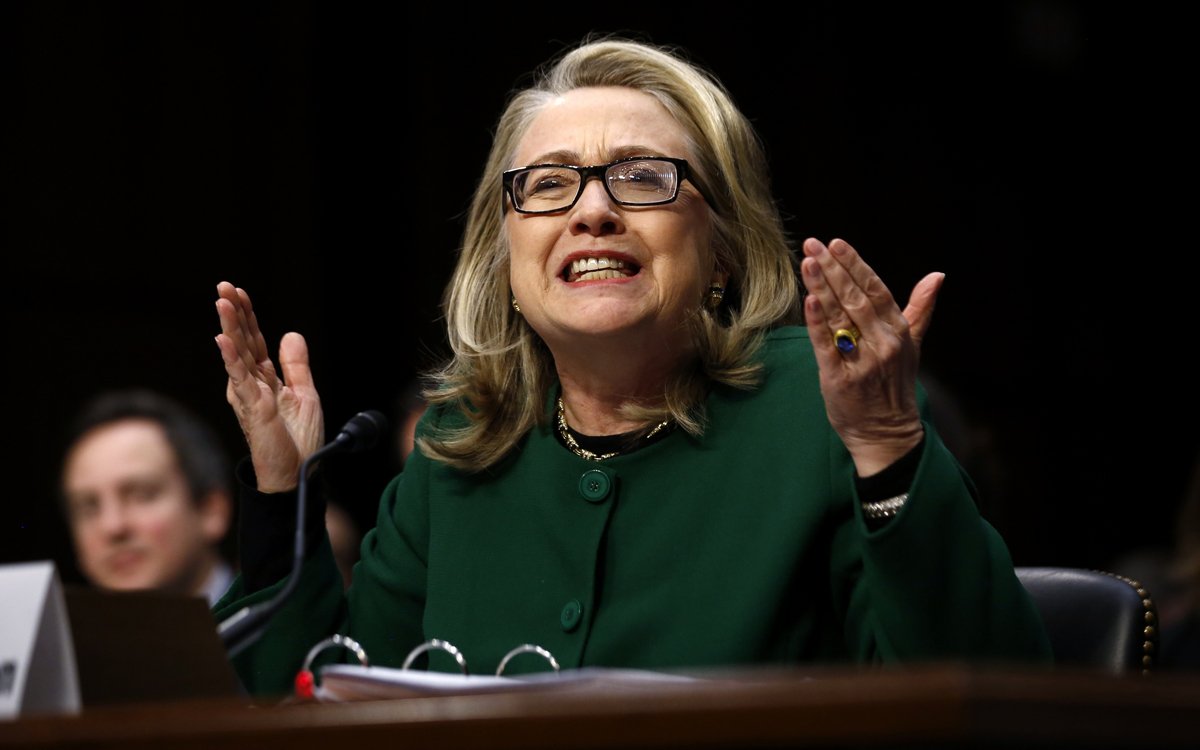 Conservative legal watchdogs have discovered new emails from Hillary Clinton’s private email server dating back to the first days of her tenure as secretary of State.

The previously undisclosed February 2009 emails between Clinton from her then-chief of staff, Cheryl Mills, raise new questions about the scope of emails from Clinton’s early days in office that were not handed over to the State Department for recordkeeping and may have been lost entirely.

Clinton’s presidential campaign has previously claimed that the former top diplomat did not use her personal “clintonemail.com” account before March 2009, weeks after she was sworn in as secretary of State.

But on Thursday, the watchdog group Judicial Watch released one message from Feb. 13, 2009, in which Mills communicated with Clinton on the account to discuss the National Security Agency’s (NSA) efforts to produce a secure BlackBerry device for her to use as secretary of State.

The discovery is likely to renew questions about Clinton’s narrative about her use of the private email server, which has come under scrutiny.

Last year, news organizations reported that Obama administration officials had discovered an email chain between Clinton and retired Gen. David Petraeus that began before Clinton entered office and continued through to Feb. 1. The chain of emails began on an earlier email system that Clinton used while serving in the Senate, but was reportedly transferred on to the clintonemail.com server.

In 2014, Clinton gave the State Department roughly 30,000 emails from her time in office that she said related to her work as the nation’s top diplomat. Another roughly 30,000 emails, which Clinton said contained personal information such as her daughter’s wedding plans and yoga routines, were deleted.

However, critics have questioned her decision to unilaterally delete the allegedly private emails without getting official input to determine which messages were personal and which were work-related.

Tom Fitton, the head of Judicial Watch, has said that he expects all of the emails to eventually come to light.

A State Department official said on Thursday that Clinton “has previously acknowledged that she emailed with department officials before March 18, 2009, the date of the first email in the collection that former Secretary Clinton provided to the Department in December 2014.”

“Former Secretary Clinton has also indicated that she does not have access to work-related emails beyond those she turned over to the Department,” the official added, while noting that Clinton has confirmed in court proceedings that she gave over all the work-related messages she had.

“In September 2015, we also asked the FBI to inform us should it recover any records from Secretary Clinton’s server that we don’t already have,” the official added.

In the email released on Thursday, Mills told Clinton that an NSA official “indicated they could address our BB [BlackBerry] so that BB could work in” secure spaces, “based upon some modifications that could be done.”

Previous emails released as a result of Judicial Watch’s lawsuit have shown that the NSA dismissed initial attempts by Clinton’s team to secure her BlackBerry.

“So now we know that, contrary to her statement under oath suggesting otherwise, Hillary Clinton did not turn over all her government emails,” he said in a statement. “We also know why Hillary Clinton falsely suggests she didn’t use clintonemail.com account prior to March, 18, 2009 — because she didn’t want Americans to know about her February 13, 2009, email that shows that she knew her Blackberry and email use was not secure.”