McMaster is a Promising Choice 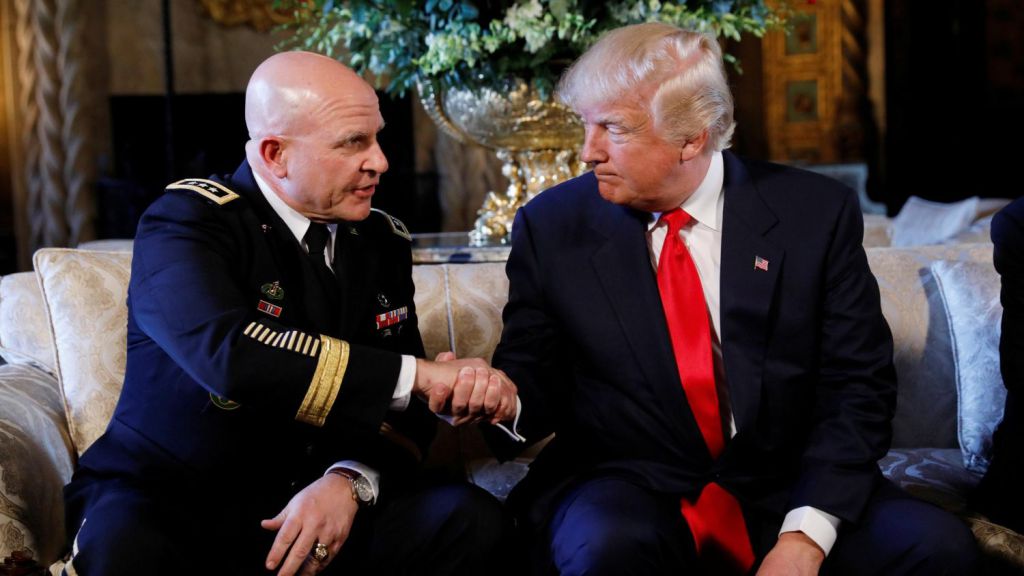 President Trump’s selection of Army Lt. Gen. H.R. McMaster to be his national security adviser has been widely praised, and rightly so. McMaster is a remarkable man cut from the same cloth as the new secretary of defense, Jim Mattis. Both are inspirational leaders. Both are thoughtful, well-read “soldier-scholars.” Both are clear thinkers and straight talkers. Indeed, McMaster’s intense, fierce outspokenness has not always endeared him to his superiors.

McMaster’s story has been recounted many times in recent days. A native of Philadelphia, he is a 1984 graduate of the US Military Academy at West Point. Later, he earned a PhD in history from the University of North Carolina at Chapel Hill, studying under Richard Kohn, the eminent military historian and civil-military relations expert. His doctoral dissertation became Dereliction of Duty, a withering critique of the Joint Chiefs of Staff during the Vietnam War.

As a captain commanding an armored cavalry troop during the first Gulf War, McMaster proved himself to be an aggressive, fearless leader. In what became known as the battle of 73 Easting, his troop of nine Abrams tanks destroyed an entire Iraqi armored battalion. For this action, he was awarded the Silver Star medal.

During the early part of the Second Gulf War, McMaster served on the staff of Gen. John Abazaid, who eventually became Commander of US Central Command, the unified command responsible for the conduct of the war. In this post, McMaster was able to assess the effectiveness of different approaches to the war in Iraq. His observations shaped the approach he would employ as commander of the 3rd Armored Cavalry Regiment to pacify Tel Afar, a major city in northern Iraq’s Nineveh Province in 2005.

I had occasion to address McMaster’s operation in a Naval War College leadership case that I wrote in 2009. Titled, “Counterinsurgency From the Bottom Up: Col H.R. McMaster and the 3rd Armored Cavalry Regiment in Tel Afar, Spring-Fall 2005,” it dealt with the way that McMaster prepared his command for the emerging operational environment in Iraq and then implemented a counterinsurgency campaign that pacified this major city. His approach in Tel Afar became the prototype for Gen. David H. Petraeus’s largely successful operational strategy to stabilize Iraq in 2007 and 2008.

Despite his success, McMaster was twice passed over for promotion to brigadier general. It took Secretary of Defense Robert Gates and Petraeus, one of his staunchest supporters in the Army. to finally break the logjam. Observers attribute his problems with selection boards to his passion, intensity and high tolerance for risk, which sometimes put him at odds with his superiors.

For one thing, McMaster was skeptical of the popular idea that technology had transformed the “nature” of war. He was a vociferous critic of the “strategic happy talk” that prevailed in the early part of the 21st century. As editor of Orbis, the quarterly journal of the Foreign Policy Research Institute (FPRI), I published his essay, “Learning from Contemporary Conflicts to Prepare for Future War” in the Fall 2008 issue. The article was a frontal assault on the conventional wisdom of the time. As he wrote:

“Recent and ongoing wartime experience has discredited much of the thinking that underpinned the “Defense Transformation” effort in the 1990s. If we are to be prepared for future conflict, it is vital that we learn from experience and adjust our thinking about war. It is time to develop idealized visions of future war that are consistent with what post-9/11 conflicts have revealed as the enduring uncertainty and complexity of war. These concepts should be “fighting-centric” rather than “knowledge-centric.” They should also be based on real and emerging threats, informed by recent combat experience, and connected to scenarios that direct military force toward the achievement of policy goals and objectives. We must then design and build balanced forces that are capable of conducting operations consistent with the concepts we develop.”

Many in the Army hierarchy were not pleased.

McMaster later served in Afghanistan as deputy to the commander for planning at International Security Assistance Forces as director of ISAF’s anti-corruption task force. From January 2012 to June, 2014, McMaster commanded the Army Center of Military Excellence in Fort Benning, Georgia. He has served as the deputy commanding general of Training and Doctrine Command and director of the Army Capabilities Integration Center since 2014.

McMaster’s splendid record is all well and good but what can we expect from him as national security adviser? First of all, he possesses the temperament and experience for the position. I believe he will work well with Trump’s cabinet. For one thing, Secretary Mattis and McMaster have great respect for one another, which suggests a smooth and effective collaboration when it comes to providing for the common defense.

Those who study the role of the national security adviser postulate two models: the “honest broker” and the “policy entrepreneur.” The former seeks to bring competing alternative policies to the president. The latter pushes a particular outcome. I believe that McMaster will act as an honest broker at NSC meetings, ensuring the president hears from all parties in order to make informed decisions. Nonetheless, McMaster will be willing to tell the president what he may not want to hear but what he needs to hear.

McMaster will remain on active duty, as was the case when Colin Powell served as national security adviser to President Reagan. This has led some to raise the issue of his book, Dereliction of Duty. Interestingly, this book, which was frequently invoked during the “revolt of the generals” during the Iraq War, has been largely misunderstood. As I have noted before,

“Many serving officers believe that [McMaster] effectively makes the case that the Joint Chiefs of Staff should have more openly voiced their opposition to the Johnson administration’s strategy of gradualism [during the Vietnam war], and then resigned rather than carry out the policy. . . .But the book says no such thing. While McMaster convincingly argues that the chiefs failed to present their views frankly and forcefully to their civilian superiors, including members of Congress when asked for their views, he neither says nor implies that the chiefs should have obstructed President Lyndon Johnson’s orders and policies by leaks, public statements, or by resignation.”

I have known H.R. McMaster for some time. I firmly believe that he will distinguish himself as President Trump’s national security adviser. He is a remarkable man, whose character, temperament, intellect, courage, and prudence will served the United States well.